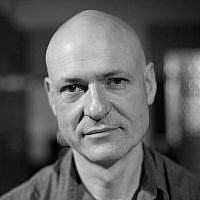 The Blogs
Joe Glasman
Apply for a Blog
Please note that the posts on The Blogs are contributed by third parties. The opinions, facts and any media content in them are presented solely by the authors, and neither The Times of Israel nor its partners assume any responsibility for them. Please contact us in case of abuse. In case of abuse,
Report this post.

Last Thursday, I had a glimpse into the future of British Jewry under a Labour Government. It wasn’t pleasant.

It relates to what was a relatively minor incident of anti-Semitic abuse I had witnessed, but of the kind the significance of which dawns hours afterwards.

The abuse occurred after a group of us – Jews and non-Jews – had attended a Campaign Against Anti-Semitism rally in Parliament Square protesting Labour’s failure to adopt the International Definition of Anti-Semitism. We waved Union Jacks and listening to a variety of speakers: A defamation lawyer, a Rabbi, spokesmen for both Labour and Muslim groups campaigning against anti-Semitism.

The powerful but peaceful demo ended at seven-thirty, and as Brits do, we retired to the local. There, on the side-street pavements outside the famed Red Lion, we stood in the balmy evening air, talking about the demo and casually hatching Zionist conspiracies incorporating such code phrases as: “Here’s a pic of my daughter’s birthday party” “Make mine a pint” and “Did Harry Kane really deserve the Golden Boot?”.

Then, as if from no-where, a passer-by briskly approached our group. He was white, stocky and middle-aged. Also: aggressive, angry and upset. I now assume that he was drawn, moth-like, to a single T-shirt bearing a Star of David, as he initially directed his rant at the group that included its (non-Jewish) wearer.

His opening line, as reported by those closest to him, was “I know what you lot do to the Palestinians.” Immediately, we were no longer in Westminster, but the West Bank. A conversation ensued, wherein it must have become obvious by accent and manner that we were British, but he persisted. An exchange started, and he was asked: “should Israel exist?”

“No” …you’re upsetting the equilibrium in the Middle East”

“You Israelis … you’re all f**ing paranoid”

He was quizzed again about the “You”.

Finger-jabbing, ugly, spoiling for a fight and hurling anti-Semitic abuse, he then invited one of us to “Come round the corner and sort it out”, a phrase he then kept repeating. Only violence, it seemed, would satisfy.

As it is with events arriving like a squall on a placid sea, we were most of us spectating or else praying for some lifeboat rescue, which duly arrived in the unlikely form of a bespectacled and unassuming senior lecturer, my friend and colleague at Campaign Against Anti-Semitism, Dr. Daniel Allington. Daniel stepped towards our thug and like some Anti-Semite-fighting Clarke Kent transformed himself into a creature matching his tone, aggression and obscenity-count blow for blow. The thug could see the man challenging him was blessed with bigger beard than bicep and yet he hesitated, confused. Daniel, meanwhile, was unflinching both verbally and physically, standing his ground despite the feeling that our thug was aching to land a first blow. In the ensuing stand-off, a patrolling police van arrived. Sizing up the situation quickly, the police led our thug around a corner. We don’t know his fate.

Daniel’s heroics were a great distraction, which I also found uplifting for the fact that he too isn’t Jewish, and yet had stepped forward for all of us: though as I went home and replayed the events in my mind, my distress became greater than it had been at the time.

I thought of my own experiences of anti-Semitic street abuse. Wearing a kippah (a skull-cap) on the street as a schoolboy, I became accustomed to calls of “Fucking Yid” and “Jew-boy” being shouted across the street. Local schools formed gangs to taunt and bully us ‘Yids’. Even now, when I go to Spurs (the one stereotypical allegiance I will hold my hand up to) I have to endure West Ham and Chelsea fans singing “He (Hitler)’s coming for you” and songs about our slaughter, or else hissing noises, mimicking the sound of gas escaping. It’s horrible, but rooted in an older, well-worn anti-Semitism.

This time, however, a street thug did something I hadn’t encountered before. He made us all ‘Israelis’. We – a bunch of British Jews having a pint were, in his mind, one and the same thing as ‘Israel’. We were being accused of promoting some kind of nefarious foreign policy of our own, upsetting the Middle East, clearly in conflict with British foreign policy. Israel itself, a country that he believes should be destroyed, had performed ‘evil’ acts that we have disloyally directed from Britain, behind the backs of our own government.

And that accusation, that we are more loyal to Israel than to our own nation, is one of the four that the Labour Party deliberately removed from the IHRA Definition of anti-Semitism last week.

It’s no accident: When Jeremy Corbyn looked at that Nazi-esque Brick Lane mural, which pictured hooked-nosed Jewish bankers controlling the world’s finances and living on the backs of the world’s poor, not only couldn’t he see anything wrong with it, he backed it. This idea, that Jews are white, capitalist oppressors is a trope embedded in a particular segment of the Left which this current Labour leadership group have inhabited for thirty years: in their eyes, Israel’s creation was an act of that same white, colonialist and racist oppression forced on the world’s downtrodden. Israel’s enemies, despite their public pledges to genocidal anti-Semitism, can then be described by Jeremy Corbyn as ‘progressive’; and as long as a Jew identifies in any way with Israel (which we virtually all do) that Jew is a ‘bad Jew’. These ideas and the vicious anti-Semitism that now flows through the veins of Her Majesty’s Opposition, excite older anti-Semitic tropes in Labour now too: I’ve personally catalogued a revival of Rothschild conspiracy theory, the blood libel and holocaust revisionism among Labour’s own elected officials. In the depths of the Facebook groups Corbyn frequented for years, it is normal to read such things. Meanwhile, the four-thousand-year history of the Jews and their relationship physically and spiritually to Israel, their millennia-long persecution, the Holocaust and their right to self-determine as a people, are inconvenient truths to be supressed.

The writer Ben Cohen distinguishes between quasi-intellectual ‘bistro’ and street-level ‘bierkeller’ anti-Semitism. What I realised on Thursday night is that this particular re-invention of anti-Semitism, the one favoured by Mr Corbyn and his coterie, has now passed its bistro phase. Street thugs are picking up on the latest fashion in the cyclical reinvention of Jew-hate, and it’s arriving in the bierkeller. On Thursday night, that journey from the Palace of Westminster’s ‘bistro’ to the Red Lion bierkeller was shockingly realised.

Within today’s Labour Party, a party I once belonged to and voted for, this thug’s words would now be permissible discourse, and any violence perpetrated by him would be judged in the light of him having first expressed a legitimate view.

Suddenly, I had a vision of what it really might be like to live as a Jew under a Corbyn government.  Frankly, I’m terrified.