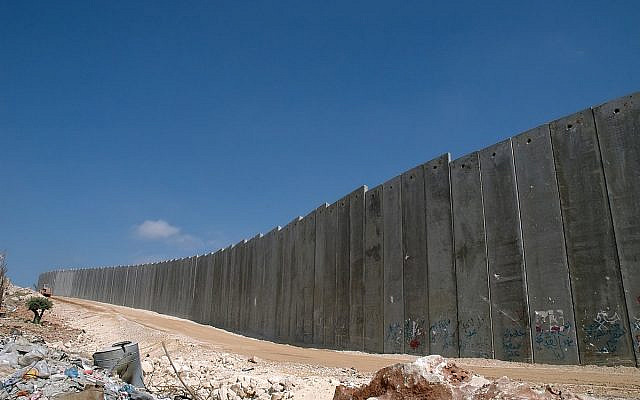 This barrier between the West Bank and Israel doesnt prevent balloons or Coronvirus from crossing.

For almost forty years, I have spent much of my professional life engaging with border scholars and practitioners from around the world, examining the changing dynamics of the borders, boundaries and lines  which compartmentalize our lives in so many different ways. The borders range from those which define the physical and territorial extent of the States within which we live, the municipal and administrative areas which organize our lives and to whom we pay taxes, along with the non-territorial borders which delimit and demarcate the various groups – cultural, economic, religious – to which we belong and within which we interact on a daily basis.

The study of borders has undergone a  significant renaissance during the past three decades. The emergence of the globalization discourse during the 1980’s and early 90’s, accompanied by the relatively peaceful post WWII world where the borders of the Iron Curtain were dismantled, the internal borders within the European union were disappearing, and our ability to traverse the world without hindrance from the comfort of our computer screens thanks to the internet, led many to argue for the coming of a “borderless” world, a world without borders where freedom of movement and interaction would no longer be blocked by walls, fences and government restrictions.

This, in turn gave rise to a counter borderless discourse in which, along with many of my colleagues in the field of Geopolitics, crossed our own artificial academic disciplinary boundaries, to engage in a discussion of, and research about, the changing significance and functions of borders in the contemporary world, rather than their almost mystical disappearance altogether. We argued that while, at the time, many of the physical characteristics of the world’s border regimes (such as fences, walls, border guards) may  not be as visible in the past, while it may be a lot easier to cross and move beyond borders from one side to the other, they had not disappeared but had simply changed their functions and significance. Borders remained with us, creating order and a form of administrative hierarchy in a complex world, the alternative being a state of anarchy and disorder.

A significant change in this utopian way of thinking were the events surrounding 9/11 and the subsequent rise of global terrorism which crossed borders without hindrance. As the world became a dangerous place to live in again, Departments of Homeland Security came back into their own, new borders and walls were (and continue to be ) constructed – not least the Separation Wall / fence / barrier which separates Israel from the West Bank, or the wall under construction along large swathes of the USA-Mexico border. Increasing  numbers of migrants seeking employment and better lives for their families, or escaping the ravages and persecutions of ethnic warfare were refused entry, based on the dual arguments that they “take our jobs away” or that they “import terror and foreign values”,  resorting in increased attempts at human smuggling and death along the way.

On the ten year anniversary of the fall of the Berlin Wall, we organized conferences and seminars examining, and rejoicing, the fall of walls and fences around the world. By the time of the twentieth anniversary, we were more cautious, while by the thirtieth anniversary (yes, there has already been a longer period of time since the fall of the Berlin Wall than the period of time during which it existed), we were back to discussing the many new walls and borders which have been constructed, the new technological forms of border surveillance and the increased sophistication in which borders are managed and controlled by governments who are only too happy to take such control back into their hands and to impose their regimes of national and state control – to an extent far and beyond what is actually necessary.

But until the advent of the Corona Virus in the past few weeks, the reimposition of borders did not mean a return to the days when states lived in isolation from the rest of the world. We do live in a global world where the movement of information, goods, trade and capital are vastly different to the ways in which they operated fifty years ago. States cannot live in economic or information isolation, while international travel (at least until last week) has become the luxury of the many, rather than the privileged few. In the contemporary world, States and governments are faced with the dual, sometimes competing,   desires to retain open borders for trade, travel and exchange of information while, at one and the same time, close and seal the borders against terrorism and protecting the lives and physical safety of their populations. It is a balancing trick which has proved to be as difficult as it is a necessity of the world within which we live.

Israel has never been in a situation to have open borders with all of its neighbours, although for almost thirty years the borders with both Egypt and Jordan had minimal controls and fences, as the peace agreements with both countries, along with the political desires of their respective leaders, had no interest in turning the lines of separation into renewed places of conflict. The old Green Line separating Israel from the West Bank was fairly open and it was not until the onset of the first intifada that the government started to make it more difficult to move freely – at least for the Palestinians – from one side to the other, also limiting their ability to find gainful employment within Israel itself. With the rise of terrorism, Israel has constructed the Separation Barrier/Fence / Wall between the two territories – and anyone who, like this writer, constantly drives through these regions and crosses the “border” on a weekly basis, will attest, the Separation barrier is an international border, with five limited crossing points, where documents or other permits are necessary to cross, and where one’s accent, appearance, or car licence plates are the relevant visas which allows one to cross freely and unhindered, or prevents them from crossing altogether. 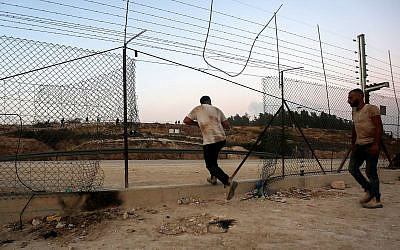 A newly constructed physical border with Egypt, the highly sensitive borders with Lebanon, Syria and the Gaza Strip, and the desire to complete the walling in of Israel with a new physical barrier along large parts of the relatively peaceful border with Jordan, are now the order of the day . Whether out of necessity or otherwise, Israel has succeeded in creating the largest walled and fenced in Ghetto for the Jewish people that has ever existed in history – with the only easy way of access in and out being through the departure lounges of ben Gurion International airport to almost any destination on the face of the globe excepting our immediate neighbours to the north, south and east in the Middle east, the region to which we argue, we really belong.

We invest huge resources into protecting our borders. New walls – above and below the ground, technologies aimed at detecting and destroying the many tunnels that Hamas and Hizbolla have constructed as an invisible means of crossing the borders, new technologies, jointly developed with the USA, to provide infra red surveillance of all forms of movement crossing the border, even at night and in remote desolate locations, always staying one step ahead of those who would wish to do us harm.

And along come new threats to which we have no immediate answers. A missile or rocket put together in the kitchen of a terrorist in Gaza or South Lebanon, not accurate but with the potential to fall onto a school, university, synagogue or shopping mall and cause carnage, a simple missile which no wall or barbed wire can prevent.  A kids balloon or kite, costing just a few cents, sent into the air, crossing the border and bringing with it enough incendiary to burn the crops or even set off a small explosive. Billions of dollars poured into anti missile technology (although the recent announcement that new laser technology may be more effective and  whole lot cheaper) struggles to provide the necessary deterrent on a continuos basis.

At the other end of the scale the Corona virus diffuses across the world, beyond boundaries – whether they be located at the edges of the State or in the arrival halls of the international airports – and no amount of border protection is able to prevent this from happening. Self imposed isolation, the closing down of public venues and events, are the simplistic solutions, the only ones we have at present, to prevent this border crossing virus from causing even greater damage to the wellbeing and economies of our lives and societies.

Borders are an important way through which the world is ordered and controlled, but they have serious limitations. They no longer provide the total barrier function that they may have provided until a hundred years ago. Technology and globalization, the free dissemination of ideas and information (which can be both positive or negative – you can’t choose one without the other), and even the simplistic flying of balloons, kites and drones are proving to be a sort of challenge which borders, regardless of their sophistication, are unable to cope with. All the more so when it comes to a new strain of virus which crosses the world at ease and almost without hindrance.

Israel, as too other countries, have to constantly rethink the functions of borders and the ways in which they can contribute to the wellbeing and safety of its own citizens, while also allowing as much movement and access as possible in what is, at the end of the day, a global community. Recent events have shown how this is a constant and ongoing struggle, and that sometimes even the most sophisticated and expensive means of border management are not necessarily the most effective.

As I finish writing this blog, I receive an email to inform that the large annual Association of Borderlands Conference, scheduled to take place next month in North America, has been cancelled due to fears of the virus amongst the participants, gathering from around the world.  Deja vu.

About the Author
David Newman is professor of Geopolitics in the Department of Politics and Government at Ben-Gurion University of the Negev. BIO: David Newman holds the Chair of Geopolitics at Ben-Gurion University, where he founded the Department of Politics and Government, and the Centre for the Study of European Politics and Society (CSEPS) , and served as Dean of the Faculty of Humanities and Social Sciences from 2010-2016. Professor Newman received the OBE in 2013 for his work in promoting scientific cooperation between Israel and the UK. From 1999-2014 he was chief editor of the International Journal of Geopolitics. David Newman moved to Israel from the UK in 1982. In 2017 he was selected as one of the 100 most influential immigrants to Israel from the UK. His work in Geopolitics focuses on the changing functions and roles of borders, and territorial and border issues in Israel / Palestine. For many years Newman was involved in Track II dialogues between Israelis and Palestinians.He has additional research interests in Anglo Jewish history, and is a self declared farbrent Tottenham Yid.
Related Topics
Related Posts
Comments