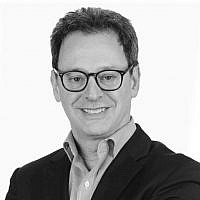 The Blogs
Howard D. Gerson
Apply for a Blog
Advertisement
Please note that the posts on The Blogs are contributed by third parties. The opinions, facts and any media content in them are presented solely by the authors, and neither The Times of Israel nor its partners assume any responsibility for them. Please contact us in case of abuse. In case of abuse,
Report this post.

Recent events in Israeli politics affirm the political theorist, Isaiah Berlin’s warning, that state expressions of “positive” liberty, as opposed to maintaining a sphere within which citizens are protected from state interference or “negative liberty”, portends tyranny. Jewish historical experience with democracy and statehood is in its infancy when compared to Western democracies, and recent developments in Israeli coalition politics threaten Israel’s unique form of liberal ethno-democracy.

The cast of characters joining Likud, and occupying key government positions following the election, is notable for its undemocratic and illiberal qualities. Itamar Ben Gvir, who faced charges of hate speech and displayed a portrait in his office of Israeli-American terrorist, Baruch Goldstein, is national security minister with control over policing. Bezalel Smotrich, a radical-right religious extremist who self-describes as a “proud homophobe” is finance minister and minister in the defence ministry. Shmotrich has called for a “hallachic state” preferring theocracy to the status-quo. Aryeh Deri, a convicted tax fraudster, is to be deputy prime minister, health minister and interior minister after legislation is enacted to permit him to take office. Orit Strock, who suggests that religious physicians be allowed to refuse to treat the LGBTQ community, is national missions minister. Anti-LGBTQ politician, Avi Maoz, who opposes Reform and Conservative Judaism, and seeks a strict orthodox definition of who is a Jew, has unprecedented influence in Israeli education and immigration.

These coalition partners reflect a trend characterized by authoritarianism, the increasing power of the religious right, restrictions on non-orthodox Judaism, and attacks on the independence of the judiciary, including legislation to neuter Israel’s High Court eliminating the last legal (i.e., non-violent) check against illiberal excess. While initially complying with the democratic process, these parliamentarians are hardly democrats and once in power will undermine democratic institutions and take direction from their Rabbis, not the electorate. This trend represents the preferences of a minority (albeit a growing and powerful one) is profoundly anti-democratic, and if unchecked, will erode liberal democracy in Israel and its relationship with diaspora Jewry.

How can these developments be properly understood, particularly in the context of negative Jewish experiences living under European theocracies? The answer is that Jewish experience in self-government is limited and that Judaism is centred on the community, not the rights of individuals. While Judaism is law-based, which it shares with liberal democracy, Jews have no historical experience at self-governing in a modern state, having lived for millennia as powerless minorities ruled by others. Intra-community conflict was limited for the sake of survival and resolved based on private, not public law. The covenant is between G-d and the Jewish people collectively, not as atomized individuals, hence, modern notions of individual rights and freedoms viz a viz the state, do not exist. Israel is a case-study of the conflict between Western notions of individual freedoms, and Jewish law interpreted by zealous authorities. This conflict is heightened by a view that the Messiah is delayed by non-compliant Jews.

How did non-Jews address a similar conflict? Western liberal democracy is a story of conflict-generating upheaval, followed by reconciliation. The cauldron of internecine conflict in the Muslim world, and presently between Israel’s Jewish secularists, theocrats, and nationalists, albeit the latter is not yet violent, and significantly different in nature, still require resolution. The conflicts generated in Europe by the Great Schism in Christianity and the Scientific Revolution which led to friction between secular and clerical authorities, found resolution through the emergence of liberal democracy which balances minority and majority rights, separates religion from the state, and embraces rule of law, which includes a Judiciary to check government power.

Jewish communities have little experience with political power and working out the details of sharing it in a self-governing Jewish  state. Israelis might well experience growing pain and possibly conflict, before liberal democracy (or something flowing from a uniquely Jewish reconciliation of that conflict), can take hold. It is preferable to recognize risks of violence to avoid it, hence, it is troubling that Israel’s nationalist and ultra-orthodox leadership are either unaware or reckless to the threat to social peace by attempts to foist a narrow theocracy on Israelis, while weakening the Judiciary as a means to resolve disputes peacefully. Arguments of the type made by Daniel Gordis, that religious extremists have legitimate cause because Israelis have lost their Jewish identity, allegedly rendering Jewish statehood meaningless, do nothing to address the current morass. That perspective promotes a perverse positive liberty, a key source of the debacle. It is a perversion of positive liberty when a coalition of fundamentalists imposes an agenda of a narrowly defined “authentic Jewish identity” requiring the repudiation of minority rights on an unwilling population. It should be condemned by the Diaspora, and opposed by Israel’s liberal majority, who in the absence of an empowered Judiciary, may be forced into the streets.

Israel, for legitimate historical reasons, has always been an ethno-democracy, not a secular liberal democracy, much to the disappointment of universalist liberal democrats who should accept this reality. Israel has attempted with much success, to balance liberal democratic ideals including the rule of law, while fulfilling its raison d’etre as a Jewish homeland. However, that project is in jeopardy as Israel drifts toward theocracy, steered by a new (old) Prime Minister Netanyahu, who attempting to avoid a corruption trial, has coalesced with fanatics whose values conflict with those of most Israelis.

Howard Gerson is a Canadian lawyer

About the Author
Howard was born and raised in Montreal and attended McGill University where he studied political science focusing on political theory, graduating in 1986 with a B.A. Honors Political Science. He attended Osgoode Hall Law School of York University in Toronto and was called to the Ontario Bar in 1991.
Related Topics
Related Posts
Howard D. Gerson