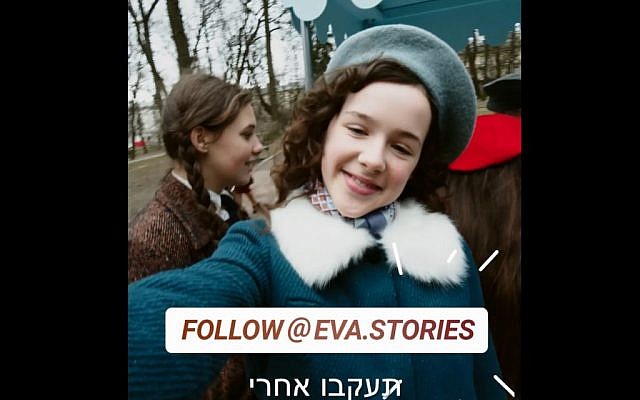 Every year tens of thousands of students — primarily in the US, Europe, and Israel — learn about the Holocaust firsthand from a survivor who comes to their classroom and who can answer their questions. In less than a decade, there will most likely be no such survivors left. Young people will have no more chance of meeting a Holocaust survivor than of meeting a US Civil War veteran.

Unfortunately nothing can ever take these living witnesses’ place. In fact — fortunately or unfortunately — something may try to: technology. Many educators and entrepreneurs are now looking to technology to provide new and compelling ways to connect with youth about the Holocaust. They hope to counteract the fact that more and more young people have either not heard of the Holocaust, or aren’t sure what it is or, worse still, believe vicious lies about it.

For example, the Shoah Foundation, established by filmmaker Steven Spielberg to preserve the stories of the victims of the Holocaust and other genocides, has been creating interactive two- and three-dimensional testimonies of survivors. The goal is to have true holograms that can appear in classrooms or museums, tell their stories, and answer the most common questions.

In quite another form of historical re-creation, Israeli tech entrepreneur Mati Kochavi and his daughter, Maya, have created a series of 70 Instagram stories that chronicle the experience of Eva Heyman, a 13-year-old Jew whose diary chronicled the 1944 German invasion of Hungary. She herself was taken to Auschwitz, where she died. The Instagram version of her account features the hashtags and emojis used by many 21st-century teenagers. An actor portrays Heyman wearing 1940s clothes and takes selfies in a park. She sends emojis to a boy she has a crush on.

Yet another variation is the Courtroom 600 project at the University of Connecticut, a 3D interactive virtual reality experience under development that places users inside the courtroom at the Nuremberg trials where top Nazis and collaborators were tried after the war.

Clearly, it is only a matter of time before we are offered an immersive simulation of life in a concentration camp. Gut reactions to this, and other high-tech approaches to Holocaust education can, with good reason, be both extremely positive and negative. The possibilities are worth investigating, but only with extreme caution. Will such an experience finally give people a way to “truly know” what it was like to experience these atrocities? No, not at all. No matter how realistic, the students who have this virtual experience will not actually be starved, exhausted, or disease-ridden. Their internal organs will not be failing, no one they know will have died. So no, it won’t be just like the real thing.

Even so, the experience could be traumatic. Is there a point in inflicting psychological damage just to help people understand how someone else was psychologically damaged? That may be the virtue of simpler “technologies” like literature and movies: the ability to empathize deeply, but also to maintain a psychological distance. And what about the teachers and museum educators? How many of them have the natural skills and specific training to lead other people — especially children — through more immersive virtual horrors?

As with everything digital, we have to worry about hacking and deep fakes. If you don’t think someone will create a completely convincing “video” of Jews sacrificing Christian children inside a death camp, you’re naïve about the reality that of new technologies: every technological advance since fire and the wheel, has been a mix of miracle and curse, marvel and scourge.

All these and other possibilities for new technologies to continue the work survivors pioneered must be studied scientifically. There is just too little evidence to prove or disprove the beneficial and adverse effects of high-tech approaches to Holocaust education. We must move beyond taking sides as “tech enthusiasts” or “technophobes” and become much more knowledgeable about what such technology can and cannot do — including what it can and cannot do over an extended period and to people at different ages.

Anne Frank’s diary has stood the test of time. It has done much good and, so far as I know, no harm.  Can it be joined by high-tech simulations? Can the profound power of eyewitnesses be in any way approximated by technologically approaches, by iWitnesses? We don’t know yet. But we do know that diving into the digital has done plenty of harm to plenty of people. Behind the pixels are human beings, many of whom mean no good. Yet even those who do mean well don’t know enough yet to make sure they do no harm.