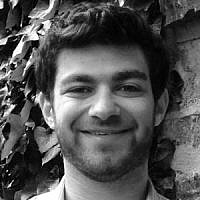 The Blogs
Sam Maron
Apply for a Blog
Advertisement
Please note that the posts on The Blogs are contributed by third parties. The opinions, facts and any media content in them are presented solely by the authors, and neither The Times of Israel nor its partners assume any responsibility for them. Please contact us in case of abuse. In case of abuse,
Report this post.

My family name, Maron, is a vestige of and a testament to the human capacity to hate. My family tradition tells the story of my ancestors’ expulsion –along with hundreds of thousands of other Jews– from the Iberian Peninsula by royal Spanish decree in 1492 following an era of great success and coexistence in the Iberian Peninsula. Jews (and many Muslims) were given three options:

(1) convert to Christianity,
(2) leave their country and belongings, or
(3) die without trial.

My family changed our name to Maron as a reminder that we were marranos, the term for Jews who were forced to publicly join the Church and kept their Jewish identities in secret. Marrano was a derogatory term literally meaning ‘pig’ or ‘dirty;’ this, of course, was meant to humiliate these Jews.

While historians continue to debate the exact figures, many believe approximately two hundred thousand Jews were forced to convert to Christianity, hundreds of thousands more expelled, and thousands were cruelly executed by auto-da-fé (burnt alive on the stake).

So, how was this brutal persecution enacted en masse?

The answer lies in the little discussed fact that the inquisition began, in fact, two hundred years earlier during the 13th century under papal religious decree of Pope Gregory IX. King Ferdinand II and Queen Isabella greatly enhanced its far-reaching, destructive capacity in the late 1400’s when they supplanted the papal authority by assuming responsibility for the inquisition. Their edict of expulsion called to “banish the…Jews from our kingdom” who have all “been most guilty of the said crimes… against our holy Catholic faith.”

The political monarchy’s adoption of a radical religious agenda granted it dangerous power. At a time when the pope and the king struggled with one another for political clout, only radical religion enabled by political legitimacy could mobilize and coordinate the massive discrimination and persecution including, but not limited to, the Spanish Inquisition.

So, what does medieval Spain have to do with 2014 Iraq, Syria, and ISIS?

I was taken aback when I visited CNN’s website and found the headline, “ISIS to Christians in Mosul: convert, pay, or die.” The radical al-Qaeda offshoot known as the Islamic State of Iraq and Syria (or Levant) that now controls much of northern Iraq and Syria is now giving the remaining approximately 3,000 Christians of Mosul (that figure stood at 35,000 in 2003), a major city with thousands of years of Christian history, until Saturday to choose between the same options given to Jews in 1492: live under intolerable, impoverishing dhimmi status; convert to Islam; leave; or die. Christians in Iraq have already been subjected to each of these horrific options.

Yet no one seems to care. As I write this article (10:30PM on July 22), only a day after the story broke on CNN, the front pages of the New York Times, BBC, and CNN all have prominent articles about the Israeli incursion into Gaza and their conflict with Hamas, but not a single link or headline about Christian persecution in Iraq. 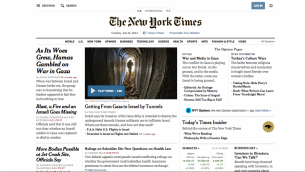 In recent weeks, ISIS has declared a formal Islamist state in northern Iraq and Syria and their intention to create a broader caliphate across the Middle East. They present a new level of danger to the West precisely because they represent the confluence of radical religious fervor and ideology with the legitimacy inherent to political institutions.

But no Western country would ever recognize their terrorist state, right? For now, fortunately, that is true. But across the Middle East Christians have been systematically persecuted using the same political and radical mechanisms and there has been no substantial outrage from the West: no protests in public squares, no breaking news on TV, and no statements from President Obama.

As Boko Haram has terrorized and brutalized the Nigerian Christian community, there has been no substantial response from the Western powers to intervene. As Egyptian Christian Copts were killed and their churches burned in Egypt during the reign of Mohammed Morsi and the Muslim Brotherhood, the world was silent. As Sudan has sentenced pregnant woman Meriam Yahya Ibrahim to lashes, prison time, and death, the West takes no meaningful action. Even as American pastor Saeed Abedini has been jailed in Iran simply for practicing his Christian faith, the world had been quiet.

The media coverage of the Hamas-Israel conflict only reinforces the political legitimacy of Hamas, despite its international standing as a terrorist organization. Headlines refer to the Israeli-Hamas conflict as one between Gaza and Israel, between the Palestinians and Israel. The international community encourages negotiations and ceasefire pacts with Hamas, and accepts its place in a reconciliation government with the Palestinian Authority; we lend political legitimacy to a vicious radical religious group who, in its founding charter, claims that peace will “not come until Muslims will fight the Jews and kill them.”

Mark Twain is popularly credited with saying, “history does not repeat itself—but it does rhyme.” So I ask you, in a time when thousands of people petition the White House to release its recipe for its favorite Honey Ale, to remember to also consider matters of grave importance to millions of people across the globe. Recognize the threat of granting political legitimacy to radical Islam and help avoid a New Inquisition in the Middle East.

About the Author
Sam is a rising sophomore at Princeton University interested in medicine, religion, and politics. Originally from rural Massachusetts, he attended Kivunim, a gap year program based in Jerusalem before matriculating.
Related Topics
Related Posts
Comments