The Blogs
Noga Sklar
Apply for a Blog
Please note that the posts on The Blogs are contributed by third parties. The opinions, facts and any media content in them are presented solely by the authors, and neither The Times of Israel nor its partners assume any responsibility for them. Please contact us in case of abuse. In case of abuse,
Report this post. 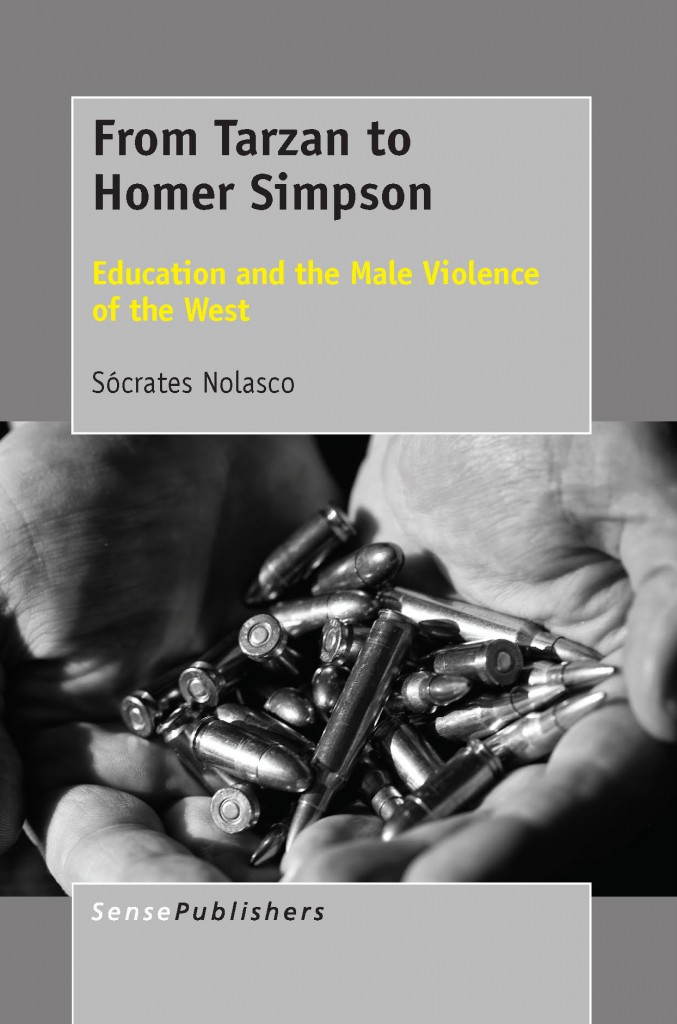 As a renowned psychologist in his native Brazil, and an author who, throughout his career, has focused on issues of maleness and masculine violence, Socrates Nolasco makes a valid contribution to the contemporary discussion of gender equality and sex differences.

“Men have lower life expectancy than women”, he writes, in this crucial book about education and the male violence in western contemporary societies. “They account for 90% of the incarcerated population; they die more often in traffic accidents, from alcohol and drug consumption, and they commit more suicides than women”.  If this is the case, one might ask, why would women and other “minorities” fight so fiercely for the sake of being equal?

And that’s not all. “Men,” writes Nolasco, “are always the ones who define the contours and the records of violence. Upon organizing a table by sex, it can be verified that violence has no color, age, or social class, but it has a sex”.

Does this picture change due to the strong imposition of gender equality today? An update on data originally collected in 2001, when the Portuguese edition of From Tarzan to Homer Simpson was published, shows that, indeed, this idea makes sense: “Since 2010, the female jail population has been the fastest growing correctional population, increasing by an average annual rate of 3.4 percent”, according to the Bureau of Justice Statistics, published in December 2014.

However, if this is indeed the case, why should violence still be seen as a manifestation of masculinity? From the perspective of the changing role of the masculine in a society where the very conception of gender is undergoing seismic changes, Nolasco considers that “the involvement of men in situations of violence is related to the effort undertaken by the subject to maintain his form of being man within the culture he belongs to”. Moreover, “male violence should be understood as a dissonance in one’s sense of identity, resulting from the loss of forms of social recognition and insertion caused by the disfigurement of male insignias previously defined by traditional societies”.

That is, “changing gender roles” goes far deeper than merely equalizing opportunities for all: It tears down the traditional network of social relations in an unpredictable way.

Socrates Nolasco informs us in his book that “the bisexualization of the culture, present in Sex and Character (1903), by Otto Weininger, points to a disfigurement of the boundaries between male and female representations present in contemporary culture”. Nevertheless, although considered a genius by many, the Austrian philosopher might not have had such a deep understanding into the destinies of contemporary maleness, as he owes most of his popularity to his suicide at the age of 23. On the other hand, From Tarzan to Homer Simpson analyzes masculinity in different societies through History to reach the conclusion that it creates in subjects “a yearning to pursue a self-image profoundly involved with success, fame, recognition, approval, and admiration from others”. Which, in our widely exposed contemporary society, are not easy to achieve.

What is a real man today?

The question is more valid than ever before.

The “feminine man” in contemporary society should be, ideally, “a subject sanitized of evil”.  Nevertheless, affirms Nolasco, “the ‘feminine man’ produced by Western culture is a modern fallacy, a simulacrum; he is precisely the incarnation of what traditional cultures sought to avoid through initiation rites”.

The author reminds us that modern times require no social organization founded on a mythic perspective. “In light of the criticism against traditional culture, a different male representation becomes necessary, one that corresponds to the new value of an emancipated ‘self’ and that represents the project for liberation of human beings”.

If this so-called liberation is about to make itself real, remains to be seen. Nolasco concludes his study affirming that, in societies oriented by the ideology of political correctness, “evil is banalized and relativized […].  In contemporary societies, evil does not exist as a duality or ambivalence, but rather as ambiguity”.

“In that context,” Nolasco continues, “blacks can be white; men can become women; life comes to be more and more produced outside of the body, like food outside of the natural order”.

Nevertheless, the importance of male social representation cannot be relativized, as it “plays an important role, not for men, but for this long process toward the subject’s social emancipation that has its start in the transition to modern individualism and goes all the way to market democracies”.

From Tarzan to Homer Simpson constitutes, therefore, an important source of reflection in a changing world, in which confusion seems to be more the norm than actual freedom for all.