You’ve probably heard the word “gazumped ‘’or “gazumping,” which is believed to be derived from a Yiddish slang expression that means “to swindle.” It is used to describe the practice of raising the price of a house after an agreement with a buyer on what the price would be. The buyer would find he had been gazumped when he showed up for the closing.

Well, there’s now a new Yiddish word which sounds similar but has a rather different   meaning: “Oysgezoomt” = Over-exposed to, fatigued by, exhausted from, bored by, had it with… Zoom. “Ich bin azoy oysgezoomt”! (I’m so done with Zoom!)

We are living through an age where the power of words is so patently manifest. Cut off from so many of our usual forms of direct face-to-face communication, we are now so reliant on the transmitted word – the words of our leaders on the radio, screen or newspaper. The text message, the email contact from our family and friends. But it’s the words travelling across the spaces where we cannot embrace each other, those words of loving and longing, of tenderness, and yearning conveyed now by WhatsApp or Zoom or Skype that are most trenchant. We may have grown used to communicating in this way with those overseas, but there’s a strangeness, a disorienting distance when we are speaking to our family and friends who may be just a block or two away from us. So near, yet so far, so close ,yet so remote. But it’s words that are all we have….

This places an enormous responsibility on us. Removed from the usual cues of direct communication; that momentary shadow on the face, that wistful, almost imperceptible glance; we are forced to listen with acute attention, we are compelled to concentrate with special focus. We must really attend to each word. Shema Yisrael!

Words have always carried a lot of power in Judaism. The world was created out of the word: In the beginning there was chaos and then God created through his divine word, His logos. Let there be light He said and there was light. Let there be dappled water and daring animals, let there be grass, trees and flowers and stunning stars skimming across the skies…

And all the words culminated in that crashing declaration: “Let’s make man, let’s create humanity and let them use words to reach out to each other and into the Cosmos itself.”

Jewish tradition built on this foundation. It gave the world those 10 immemorial words – the 10 Commandments. It called on people to use their words carefully, constructively, and not disparagingly or dangerously. This week’s Torah reading Emor (Leviticus 21) means speak or say and carries many reminders of the awesome potency of speech. The sad episode of the blasphemer is a lesson on the harm of thoughtless and dangerous speech (Ibid 24:10).

Our current times get us to think, not only about the power of language, but also on the ever-changing and idiosyncratic character of words. We’ve got social distancing and herd immunity, sacred sanitizing and multiple masks, King corona and Covid 19 for 2020.

And now we’ve got Oyzgezoomt …

Melbourne -born lawyer and comic, Jeremie Bracka has produced a hilarious skit on his Facebook page. In it he reminds us that we’ve long had a word for social distancing – it’s called Broyges! More seriously, T.S.Eliot wrote “For last year’s words belong to last year’s language. And next year’s words await another voice.”

The Jewish way has always been to conquer terror by celebration, to meet danger with humour. The Jewish response to trauma, says Jonathan Sacks, is extraordinary and even counter-intuitive: You defeat fear by joy; humour is the Jewish way of combating hate. What you can laugh at, you cannot be held captive by.

So let’s continue to find the humour in the horror, to discover the joy in the sadness, the light coming in under the crack in our dark confined spaces or trying to get into our heavy hearts… Let’s find new more hopeful and strong words for next year!

And above all, stay safe and healthy, or in another classic Yiddish phrase- AbiGezunt, Zay Gezunt !!
Shabbat Shalom 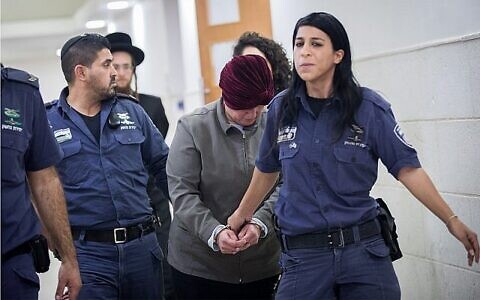 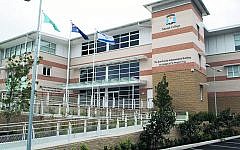 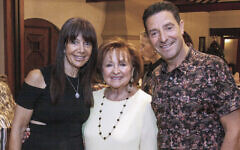 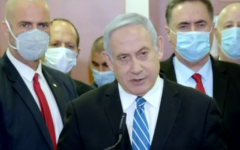 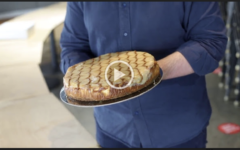 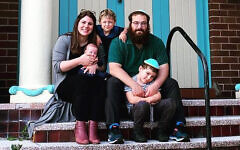