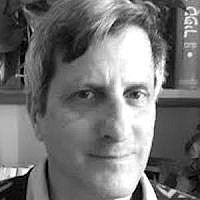 The Blogs
P. David Hornik
Apply for a Blog
Advertisement
Please note that the posts on The Blogs are contributed by third parties. The opinions, facts and any media content in them are presented solely by the authors, and neither The Times of Israel nor its partners assume any responsibility for them. Please contact us in case of abuse. In case of abuse,
Report this post.

Back on February 11, Benny Gantz ruled out including the Joint List in a coalition, saying: “I am not afraid to speak to any legitimate political party, but the Joint List will not be part of the government I form.”

He was saying, in other words, that the Joint List is illegitimate, and everyone knew why: because it opposes Israel’s existence as a Jewish state and supports terror.

A month and a half later, though no coalition has yet been formed, Gantz and Blue and White, along with Labor-Meretz and Yisrael Beiteinu, have made the Joint List a full-fledged parliamentary partner. That reportedly includes giving it the chairmanship of two Knesset committees, including one that is responsible, among other things, for dealing with terror victims and disabled IDF veterans.

It’s strange, considering that—for instance—in 2017 Joint List leader Ayman Odeh condoned attacks on Israeli soldiers in the West Bank. After all, most of us have close relatives who are serving there or have served there, or have served there ourselves.

Could this be the sort of thing Gantz meant when he excluded the Joint List from the “legitimate” parties—before turning it into a key political ally?

And Odeh’s statement is only one example among many. Last January 23, the Hebrew paper Makor Rishon published an “Archive of Incitement by the Joint List” that detailed some of its Knesset members’ statements and actions. Below are some highlights (translations by me) from the article:

In 2015 Odeh said that he “salutes people who work in the BDS movement, which puts Israel in the spotlight of world public opinion.” BDS, of course, works to delegitimize, demonize, and ultimately destroy Israel through economic strangulation.

Last year Joint List MK Sami Abu Shehadeh said at a conference sponsored by the Middle East Monitor organization, which supports a boycott of Israel: “Israel is the most racist country…. It is a racist project that has been conducted by racist people. My only hope as a political activist in Palestine is BDS.”

In 2018 Joint List MK Ahmed Tibi, at an event in Ramallah to honor imprisoned terrorist Marwan Barghouti, called Palestinian and Israeli Arab terrorists “noble commanders” and “symbols of sacrifice for the homeland.” At a demonstration in Jaffa in 2011, he called Israelis who live in Hebron, and even in Jaffa, a “cancerous growth” that must be removed.

Who needs a BDS movement? We have the Gantz alliance.

In 2013 Joint List MK Heba Yazbak “glorified the terrorist Dalal Mughrabi,” who led the Coastal Road massacre in 1978. In 2015 she called Samir Kuntar, who in 1979 shot Danny Haran to death and then smashed his four-year-old daughter’s skull on seaside rocks with his rifle butt, “a martyr and a fighter.” In 2017 she posted a video glorifying Basil al-Araj, head of a terror gang that was planning attacks, and wrote that “the resistance has not ended, it will continue forever.”

In 2016 Joint List MK Yousef Jabareen said in an interview to the Knesset channel that “I am not going to condemn the murder of the Henkin family, I am not going to dance to the government’s tune.” In 2015 Rabbi Eitam Henkin and his wife Na’ama Henkin were shot and killed in their car in the West Bank, with their four children in the car.

Questions for supporters of Blue and White, Yisrael Beiteinu, and Labor-Meretz:

Is the Joint List all right with you? Do you see it as a legitimate political ally?

Is there any other legislature in the world that includes such a party?

Are opposition to Israel’s existence and glorification of terror acceptable stances in the Israeli discourse?

If your answers are no, maybe it’s time to rescind—or at least threaten to rescind—your support for supposedly Zionist parties that strike a partnership with the Joint List.

If your answers are yes, it’s hard to understand.

About the Author
P. David Hornik is a freelance writer and translator in Beersheva. His work has appeared on PJ Media, National Review, New English Review, American Spectator, Frontpage Magazine, American Thinker, the Jerusalem Post, Ynetnews, Israel National News, Moment, and elsewhere. Among his books are Choosing Life in Israel (Freedom Press International, 2013), which was called "a skillful blend of political and personal reportage, beautifully and informatively written, and a must-read for anyone who cares about this beleaguered country"; and the novel Beside the Still Waters, published by Adelaide Books in 2019.
Related Topics
Related Posts
Comments 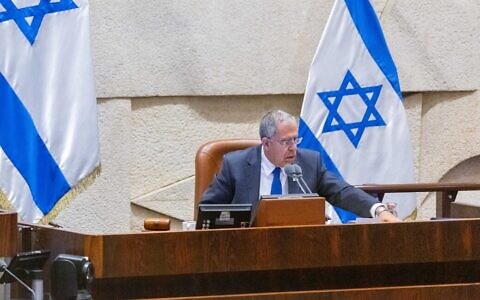 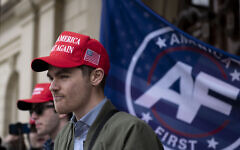 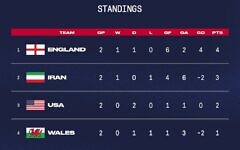