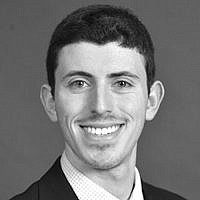 The Blogs
Daniel Bucksbaum
Apply for a Blog
Please note that the posts on The Blogs are contributed by third parties. The opinions, facts and any media content in them are presented solely by the authors, and neither The Times of Israel nor its partners assume any responsibility for them. Please contact us in case of abuse. In case of abuse,
Report this post.

Less than a week ago Israeli, Egyptian, and Hamas officials all expressed optimism about a possible long-term cease fire being reached between Israel and Hamas. Even Hamas acknowledged that the Egyptian and UN-mediated talks were in “advanced stages” and a deal was likely to be reached soon.

The cease fire deal was to be divided into phases over a five-year period, gradually easing restrictions on Gaza, allowing for economic and humanitarian projects and increased electricity and other services to improve day-to-day life in Gaza. It was even discussed that a sea and airport in the Sinai Peninsula for Gazan use would be included. This all would be in exchange for Hamas agreeing to completely stop engaging in violence against Israel, including the weekly protests on the Gaza border, all land and sea-based infiltration attempts, rocket attacks, and end the newly-employed tactic of fire terrorism, which has burned thousands of acres of Israeli land. The constant terrorism, and the Israeli government’s inability to stop it, have enraged the citizens in the communities neighboring Gaza, causing a major headache for the government. A successful ceasefire agreement, even in the short term, would be advantageous for all parties.

Along with stopping all these forms of terrorism, one of Israel’s top priorities is ensuring the release of two Israeli citizens being held captive by Hamas, and the bodies of two soldiers killed in the 2014 war, Operation Protective Edge. A prisoner exchange was to be included in the cease fire agreement, but not immediately. It is a much higher a priority for Israel than it is for Hamas, which would like to see many prisoners released who were released in the 2011 Gilad Shalit deal and rearrested by Israel. The Israeli public would fume if an agreement was made which didn’t include the guaranteed release of the prisoners.

However, as Hamas officials returned from Cairo optimistic that a deal was to be reached within weeks, rocket fire and retaliatory Israeli air strikes spiked. In the last few days Hamas has fired over 150 rockets at Israeli communities, injuring at least 17. In response Israeli air strikes have targeted over 140 Hamas military sites in Gaza, wounding many and killing three so far. It appears the two have returned to the usual cycle of violence, and the chances of peace have been thrown away practically overnight, and deliberately. It is also not a coincidence that this instability in Israel’s south comes as Iran continues to be forced out of southern Syria by Israeli-Russian diplomacy.

The decision to tank the peace talks by waves of rocket fire was not made in Cairo or Gaza- It was made in Tehran. A combination of economic turmoil leading to nation-wide protests, compounded with renewed US sanctions and its strategic loss in southern Syria have left Iran incredibly isolated. It’s relationship with Syria’s Assad and Russia are at risk, European nations might not be able to save the nuclear deal, and it no longer can exert maximum pressure on Israel via its proxies in southern Syria. Russia has guaranteed Israel that Iranian forces and Shia militias would be kept 85km from Israel’s border, and Russian military personnel are set to personally enforce the 1974 ceasefire lines to ensure the terms of the ceasefire are kept by all Syrian forces. Israel continues to demand that all Iranian forces leave Syria entirely.

Iran is making up for its loss of influence in Syria and other insecurities by increasing pressure on Israel where it still has influence- in Gaza, and with Hamas. This tactic was used earlier this year, in May, during the height of the violence along the Gaza border and following the initial Israeli-Russian agreement to keep pro-Iranian forces away from its border and the announcement that the United States would pull out of the nuclear deal. Iran lashed out by ordering its Gazan client Palestinian Islamic Jihad (PIJ) to unleash a wave of rockets on Israel. PIJ is Iran’s second largest client in Gaza and the second most powerful militant group behind Hamas.

This time around, Iran is instead exploiting the deeply rooted power struggle within the Hamas government, at a time when it is teetering on instability. One side of the Hamas government is more pro-Iran and one side more moderate, aligning more with Egypt and the Gulf states. The pro-Iran faction of Hamas does not want to see a cease fire agreement reached, as it would mean less Iranian pressure exerted on Israel and the relinquishing of authority in Gaza over to the Fatah-dominated Palestinian Authority. This faction would prefer to continue escalation with Israel, possibly risking war, rather than sign a peace agreement which could benefit Gazans tremendously.

The other faction in Hamas, which aligns more with Egypt and the Gulf states, would rather continue the reconciliation process with Fatah and ceasefire negotiations with Israel. However, the pro-Iran faction, of which the leadership of the military wing and Hamas leader Yahya Sinwar are a part, are trying to prevent that from happening. This camp of Hamas has been working to restore relations with Iran since they were severed in 2012, due to Hamas’s refusal to back the Assad regime in the Syrian civil war. Sinwar’s words, the relationship between Hamas and Iran today is “excellent, or very excellent.”

Hamas and PIJ in Gaza both receive millions of dollars each year from Iran. Iran has steadily increased its influence in Gaza and its ability to shape events on Israel’s southern border, a part of a larger plan to encircle Israel with its proxy militant groups in Gaza, Lebanon, and Syria. The deliberate spike in violence and sabotage of recent peace talks are the result of the Iranian loss of influence and power in the Syrian arena. It is in the interest of all sides to ease the situation in Gaza for the sake of avoiding another catastrophic war. The faction of Hamas which listens to Egypt and the Gulf States is working with UN and Egyptian mediation to reach a deal with Israel to accomplish this. Israel and Hamas still have major issues to settle, such as the prisoner exchange, but currently, a deal with Hamas is better than no deal. Hamas currently has the upper hand, and Israel easing the blockade and allowing for the development in Gaza would show its commitment to furthering negotiations or steps towards peace. This would fare well for its image in the eyes of the Trump Administration and the Arab states involved in the regional peace process. The biggest obstacle it faces is Iranian-influence damaging any forward progress, speeding up what is inevitable if the current situation is not fixed, which is another war in Gaza.

About the Author
Daniel Bucksbaum received his BA at Western Michigan University, where he studied political science and Arabic. He specializes in Israeli and Middle Eastern affairs, and has previously written op-ed articles for the Jerusalem Post.
Related Topics
Related Posts
Comments