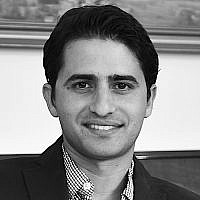 Arctic geopolitics is changing in the High North due to the war in Ukraine. With the outbreak of the conflict, the rhetoric of the leaders of the Arctic region has become more aggressive and less diplomatic, fueling the possibility of future escalation toward direct military confrontation with Russia. The Arctic regions have become increasingly relevant for many reasons, one of which involves issues related to sustainable development in the frozen North.

Until recently, the Nordic countries have encouraged open cooperation in the region, including with Canada and Russia. In studying the challenges of sustainable Arctic development, scientists note that climate change processes affect the region perilously. Several scientific and technical cooperation agreements have been formed, most notably with Canada and the European Arctic states. These agreements now serve as a unifying factor among the Arctic states.

Founded in 1991, the Arctic Environmental Protection Strategy (AEPS) is a non-binding agreement among members focusing on environmental protection in the Arctic. The seven member states (Canada, Denmark, Finland, Iceland, Norway, Russia and Sweden) were to monitor and to evaluate environmental conditions in the Arctic. The Russian Federation had intentions regarding global cooperation, including bilateral and regional cooperation with the Arctic States. These possibilities led to positive expectations for new economic opportunities that would lead to greater dialogue and cooperation. Regrettably, this optimism was shredded with the outbreak of war in Ukraine.

Currently, Russia holds the chairmanship of the Arctic Council and has reported that because of the embargo on talks with Russia by the West, diplomacy in the region has been disrupted. The countries of the High North will need to address this changing reality.

While the Russian energy sector is being heavily sanctioned by the international community, China sees this disruption as an opportunity to increase oil imports from Russia. The fourth Chinese-Russian Energy Business Forum was held on November 29, 2022. The forum was attended by Russian oil company Rosneft which already had started a major investment project called Vostok Oil Terminal as new artic port in Bukhta Sever. This new port will have the potential to provide energy to growing economies in Asia on a long-term basis with reliable and guaranteed supplies.

While it may look like the war in Ukraine was the major influence in the changing dynamics in the Arctic, actually, the shifting geopolitical situation predates the outbreak of war. The Russian Northern Navy Fleet and nuclear submarines are stationed on the Arctic Kola Peninsula as a reminder of the Russian military presence and of its strategic importance to the Russians. In recent years, the increase of Chinese and Russian joint military exercises in the Bering Sea moved NATO allies to increase their military exercises in the region. Arctic NATO allies had avoided investing in military surveillance and communication capabilities out of concern for provoking spillover to their region from potential conflicts originating outside their region. Military budgets were capped for decades. However, the changing reality of the last years has led them to act swiftly to activate bolder defense strategies.

Looking toward the future, the Nordic countries have reason to be optimistic. The Norwegian Chairmanship of the Arctic Council will begin from May 2023. Nordic states are keen to avoid dragging the Arctic into global rivalries or conflicts with outside interests and want to ensure stability and cooperation in the region. They are committed to a continued role in the Arctic region regardless of political changes, outside distress or further deterioration in regional relations. Furthermore, there is significant economic potential in the Arctic region.

Nordic leaders have experience in settling regional disputes successfully without jeopardizing greater Arctic cooperation. For example, concerns over a depletion of the ecological balance arose as a result of a decade-long dispute among Iceland, the EU, the Faroe Islands and Norway. Eventually the settlement of the dispute led to broad collaborations for the preservation of the region. There were disputes in the Far-North zone around Svalbard vis-à-vis the application of the Svalbard Treaty to the shelf surrounding the archipelago. This dispute was sparked by the development in the Norwegian Arctic which represents a new and potentially profitable resource area.

So far these disputes have been compartmentalized locally and have not influenced overall Arctic cooperation negatively. Their successful resolution ensures stability in the region. While Nordic states would prefer Arctic relations to remain peaceful and collaborative, current suspicions and recent events support the necessity of maintaining security treaties which would require military exercises. In addition, Nordic air forces have increased surveillance and deterrent capabilities in the Arctic as a protection against unexpected actions.

In the Faroe Islands, a Cold War-era radar will be reopened by the Danish government. Over 2 million square kilometers of the Norwegian Arctic will be monitored by four satellites: one pair will be launched in 2023; followed by a second pair in 2024. The U.S. military will improve its capabilities in the Artic. There is a high probability that these upgrades will also take place in Greenland, a country that is under Denmark sovereignty but mainly serves the American military.

Geopolitical icebergs are melting in the High North and the future is unclear. At the present time, regional security needs will need to be guaranteed before there will be room for greater international collaboration. The Nordic states will follow a peace through security approach in their individual and regional policies before the potential of the regions in the High North can be fully realized.

About the Author
Nir Levitan is a Ph.D. from Bar-Ilan University's Graduate Program in Conflict Resolution, Management and Negotiation. Currently, he is a research fellow at Europa Institute and a research affiliate at Center for Cold War Studies at the University of Southern Denmark
Related Topics
Related Posts
Nir Levitan