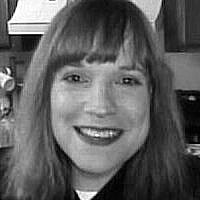 The Blogs
Caitlyn Martin
Apply for a Blog
Advertisement
Please note that the posts on The Blogs are contributed by third parties. The opinions, facts and any media content in them are presented solely by the authors, and neither The Times of Israel nor its partners assume any responsibility for them. Please contact us in case of abuse. In case of abuse,
Report this post.

Over a year ago I predicted that then newly elected President Trump would not be good for Israel. I didn’t believe he’d keep his promise on moving the embassy, a promise the last Republican president, George W. Bush, had made and subsequently broke. I certainly didn’t believe he’d deal with conflict with the Palestinians and hostile Arab nations in a significantly different way than his predecessors. If anything I thought he’d take the more isolationist line he described during the campaign and include Israel in his plans to cut foreign aid. I certainly did not expect him to be forthright in pointing out Palestinian rejectionism and the fact that Israel simply does not have a partner for peace, something no American president has done since Bill Clinton in the wake of the failed negotiations at Camp David in late 2000.

I have to say that, when it comes to Israel, President Trump administration has been a very pleasant surprise. He is fully implementing the Jerusalem Embassy Act of 1995, which Bill Clinton signed, and has now announced that the move has been expedited and will be done in May. I gave President Clinton a pass on that since during the mid and late ‘90s it looked like a genuine peace process was underway. Under those circumstances not upsetting the proverbial apple cart made sense. Since then, when Yasser Arafat chose war (or intifada, if you prefer) over peace there really has been no valid excuse not to implement the law.

The president, at least rhetorically, has consistently stood with Israel against terrorism. His United Nations Ambassador, Nikki Haley, has been a breath of fresh air, calling out the bias and blatant antisemitism in the organization. The Trump administration has also significantly reduced funding to the Palestinian Authority and has stated it will remain cut until the Palestinians return to peace negotiations.

I think those of us who support Israel have to give the President credit where credit is due. For some liberal or leftist friends and acquaintances the animus against President Trump is so strong that they can’t see to bring themselves to do it. It’s a same that the polarization in American society has become so extreme, so tribal in nature, that the person and/or the party always define the political discourse rather than the actual policy for so many people.

The few times differences have developed between the Netanyahu government and President Trump they were well justified, from questioning whether or not the present right wing coalition is really interested in peace to voicing opposition to annexing parts of Judea and Samaria (the West Bank). As a moderate (center-left in Israeli terms) this seems like striking the correct balance to me.

My friend and fellow Times of Israel blogger Fred Maroun wrote a piece in January claiming liberal American Jewish Zionists are turning towards President Trump politically as a result. I’ve seen a little of that but honestly, from my vantage point, it’s a rather small number. One family member put it this way: “I still think Trump is a pig but he’s my pig. He’s been good for me.” In fairness to Fred, I have not seen any polling on this and I have no way to quantify to what extent he is correct.

Most American Jews are moderate to liberal, at least on social issues and often on economics and the environment as well. They tend to vote Democratic. The notable exception are the frum (Orthodox) who lean more to the right and tend to vote for Republicans. I expect that to continue this year. Foreign policy powers are primarily vested in the executive branch in the US Constitution. The legislators elected in a midterm will have relatively little impact on US policy towards Israel. Even the most ardent Zionists are likely to be focused on other issues for the 2018 election.

The Republicans may get a chance to capture the Jewish vote in 2020. That is when Trump administration policy towards the Jewish state may pay off in terms of votes. In the meanwhile I hope American supporters of Israel, regardless of party, can give credit to President Trump for the very positive things he has done in our political dialogue and writing.  Make clear to our representatives, regardless of party, that standing with Israel is important to us.  This is especially true when contacting Democratic representatives who, increasingly, are hearing anti-Israel sentiment from the left wing of the party.

About the Author
Caitlyn Martin is an American Jewish IT professional currently working as a security engineer for a very large and well known technology company. She lives in Portland, Oregon. Caitlyn's father was Israeli and fought in the 1948-49 War of Independence. She maintains strong family ties to Israel and hopes to make aliya in the not too distant future or, at the latest, when she retires.
Related Topics
Related Posts
Caitlyn Martin
Comments