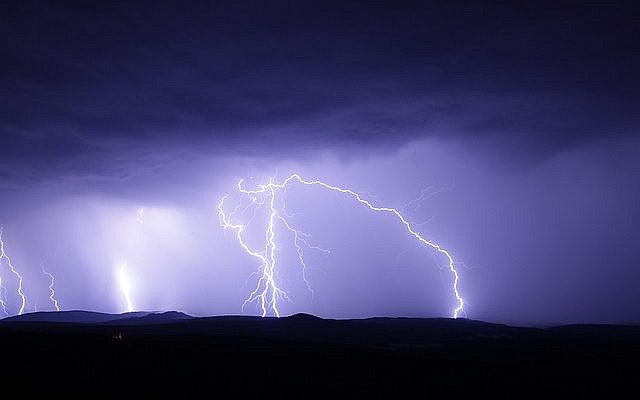 One sure sign that an ideal is not remotely radical is when ‘everyone’ is endorsing it!

I most certainly do not mean every human being on the face of the earth, or even every person in a particular country. I really mean the overwhelming majority of politicians, media figures, big corporations and more!

And when it comes to disability, ideas doesn’t get much more toothless and mainstream than the idea that disability, including autism, is something to be celebrated.

Over the past few years, I have observed very carefully how difficult it is to question the view that autism, including high-functioning autism (Asperger’s Syndrome) is to be celebrated. The slightest caveat on this score is likely to be met with howls of derision, abusive comments and in my own experience, outright and clear-cut defamation, and even death threats!

In such a context, it’s important to think about the boundaries of ‘celebration.’

The idea that autism is to be celebrated generally comes with certain corollaries:

Autism is a difference, not a disability.

People are disabled by society, not by autism.

But how far do these four highminded, decent, bourgeois-metropolitan postmodern assertions actually hold up?

The first two can be taken together. The fact is that even in the most accommodating society imaginable, many autistic people would still struggle. Even if people were living in a perfect Utopia, the staggeringly high suicide rates of autistic people might be reduced somewhat; but given the severe distress caused by the physical dimensions of autism such as digestive problems and sensory overload, there are clearly limits to how far accommodations can be of assistance here.

Saying people are ‘disabled’ by society does of course ignore the necessity for personal responsibility on the part of the autistic person (which is always better than blaming others for our own problems); but in addition to this, it also neglects the brute physical reality of autism.
In recent years, the physical aspects of autism have deteriorated for me to a remarkable degree: for me, and for so many others, there is absolutely nothing people in society can do to stop this suffering. I am currently trying to lose weight, and do whatever I can; but ultimately, my body will always be broken and diseased; this is a matter of damage limitation, and nothing more. It would be grossly unjust and ungrateful of me to blame other people for my problems, when many neurotypicals have been so good to me, and shown such empathy and compassion, and helped me when I have been in trouble. None of my problems are the fault of individuals, let alone an abstract vision of ‘society,’ whoever that is.

No Hate, No Fear, Celebrate Your Suffering Here!

Thirdly, hating autism is no more hating autistic people than hating Alzheimer’s or dementia  is hating people with Alzheimer’s or dementia. Are these all forms of diversity too? The difference between hating a disability or illness, and hating the person beneath the disability of illness, is self-evident, and does not need to be justified at length. I myself have had days when I am far less autistic, and have finally caught a glimpse of the true humanity I have so often been cruelly denied on account of my horrible pathology.

And just ask a great many of those who have nursed and tended and cared for a beloved parent or grandparent or child with a disability or mental illness, how fiercely it is possible to love the person, and hate the pathology. The idea that this is somehow logically contradictory, or materially impossible, is clearly betrayed by the experience of innumerable courageous and fiercely passionate people throughout history who have dared to do so: long before the politically correct sacralisation of disability and mental illness as topics for ‘celebration’ and idealisation ever came to be.

Fourthly, curing autism is no more genocide than curing narcissism is genocide! If a cure for narcissism is developed, is that to be understood as genocide of the narcissistic community? Ultimately, unless there are any special caveats and circumstances to the contrary, anything that relieves unnecessary suffering has to be a good thing.

So, having seen clearly enough the politically correct spin about the suffering caused by autism (not by a negatively idealised ‘society,’ but by autism), this is my resolution. Having lived over three decades trapped in a hostile autistic body, I have become determined to tell the real truth about autism, beneath the PC veneer of acceptance, celebration and diversity. I am here to celebrate transcendence of suffering, not suffering itself; courage against incapacity, not incapacity itself; and power over powerlessness, not powerlessness itself.

What are you going to do today to celebrate all that hinders and obstructs autism and the suffering it causes?

Previous instalments in this series of critical autism essays:

I want the whole world to remember once again that flippant and tasteless Nazi analogies don’t do anyone any good, but only serve to poison the atmosphere any further.

What are you going to do today to support autistic people, and not work against us?

And what can you do for any autism parents that you know?

And finally, what are we able to do for you?

Let’s all work together to try and find a way through.

Godwin in Cambridge (II): Like it or Not, Autism is a Pathology!

If your child had diabetes, would you celebrate it?

If your child has sickle-cell anaemia, would you celebrate it?

I’m assuming for the overwhelming majority of you, the answer is ‘no.’

How about autism, though?

Well these days, there really does seem to be something of a double standard on this one!