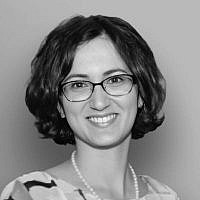 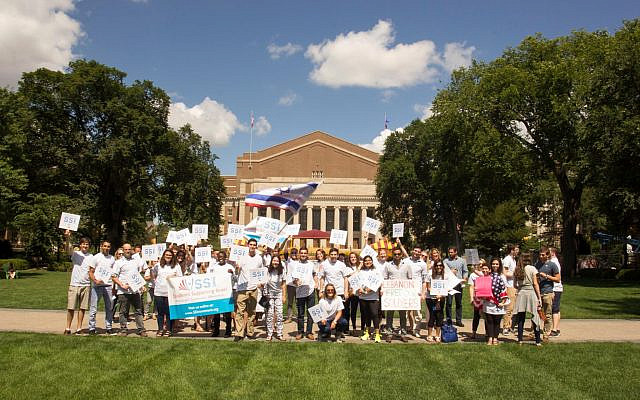 Photo from the Facebook page of the pro-Israel, grassroots movement Students Supporting Israel.

A mandatory first year class I took in college focused on the question of “How one person can make a difference,” an issue occupying many individuals’ minds. There are an abundance of topics one can be interested in, and many young people seek to bring about a positive change within a field that is dear to them. For me, that field was the conversation about Israel and the place of Zionist ideas on my campus. I could not remain a silent witness to the growing alienation of Zionist students, or the misinformation and slanderous campaigns about Israel that only seem to increase daily in academic settings across North America.

While knowing what change I wanted to see and where, the question remained standing: how a young person with little organizing experience, powerful connections, or significant financial resources can be a force in bringing about the desired change?

The answer is grassroots activism, a highly powerful and effective tool that has proven success stories throughout history. For that type of activism to be deployed, one can simply start with using a few internal ingredients such as passion, persistence, and knowledge. This is because the power of grassroots work lies within the mobilization efforts of seemingly ordinary people, who step up in large numbers to raise their voice campaigning for the progress we want to see.

Passion for the cause is the main motivation that drives our actions, and getting involved on the grassroots level means utilizing this sense of conviction for a personal issue one cares deeply about. Many Jewish and non-Jewish students alike can see the bias and inflammatory rhetoric used by Israel detractors on campuses and feel the need to bring a sense of balanced justice to the conversation. Participating in a trip to Israel through one of the many Zionist programs also provides a major boost of motivation to act.

Persistence is critical, as change can take a long time, and one must be able to have the will and enthusiasm to work through the challenges presented in the process. Pro-Israel students on campus can encounter the hostility of peers, the apathy and intransigence of administration officials, the sense of fighting an uphill battle, and the challenge of recruiting like-minded individuals to join in becoming actively involved. Despite the challenges, it is not in vain said that “dripping water hollows out stone, not through force but through persistence,” and continued grassroots activism can set in motion the change we long to create one step at a time.

Knowledge of the topic at hand is critical, as only armed with solid facts and the ability to make an informed argument can we capture the attention of those we want to influence. There are an abundance of resources to become educated about facts related to Israel and the Middle East. However, even if students are confident in their Zionist views, they can often be hesitant about potentially facing a confrontation. With solid knowledge of the history and the context, students should feel confident engaging in sometimes challenging conversations.

Indeed, the seeds of passion, persistence, and knowledge are necessary for every activist, but to move from being an “activist” to being a “leader” of grassroots organizing more is needed. Additional skills are to be acquired, and training is necessary. How to translate our passion and knowledge into an inspiring and educational event for others? How to form an argument in a way that will be thought provoking and convincing for someone who comes with a bias view of Israel? How to recruit like-minded students and keep them involved over time?

When we started the organization Students Supporting Israel, we did not have anything but passion, persistence, and basic knowledge. Other skills were learned, often the hard way, after much work that included trial and error. Now, when the organization marks 10 years of activism, we are excited to be offering Zionist grassroots leadership training at the upcoming conference in Georgia that will take place this summer. We look forward to the 100 participants who will join us, each one of them to learn from each other and inspire one another to make a difference one person at a time on their campuses.