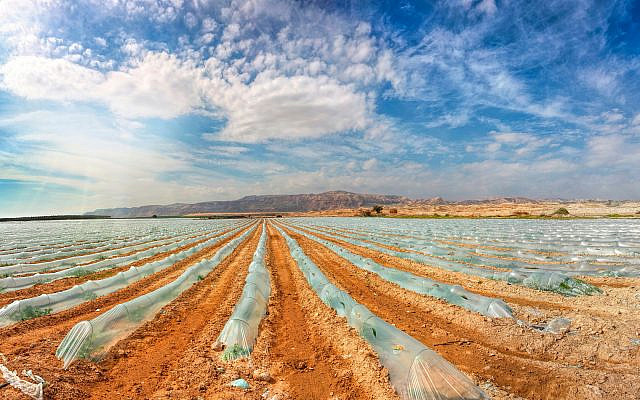 With Thanksgiving just a few days away, I, like many Americans, am reflecting upon all that I am thankful for this year.  Beyond family, friends and the blessings of the United States, I am thankful for the continued vibrancy of the U.S.-Israel relationship that produces tangible technological, economic, and security benefits for both countries.  While the relationship faces challenges, this Thanksgiving let’s take a moment to reflect on the many benefits that flow from America’s strategic alliance and economic partnership with Israel.

A strong U.S.-Israel relationship has resulted in countless scientific and technological advances, such as novel solutions to water and food security challenges facing the entire globe, especially noteworthy as we enjoy our Thanksgiving meals this year. Israel has become a world leader in water conservation and high-tech agriculture. It has pioneered water conservation and purification techniques such as desalination and drip irrigation used throughout the world, including the United States.  In fact, an Israeli company in 2015 launched the largest desalinization plant in the Western Hemisphere to serve the residents of southern California.  Hundreds of food and agri-tech start-ups have also sprouted up in the booming and innovative Israeli tech landscape, making Israel a global leader.  By challenging traditional farming techniques, these start-ups are working to not only increase food security in Israel, but to export new solutions globally for both developing and developed countries.

A strong U.S.-Israel relationship has also helped both of our countries address the serious security challenges that we face. Israel is confronting credible threats from all sides: a Taliban-led Afghanistan, an emergent nuclear Iran, and increasingly emboldened terrorist groups like Hamas and Hezbollah. For Israel, the strategic U.S.-Israel alliance promotes stability and peace in a dangerous region by counterbalancing an aggressive Iran and its terror proxies. Through the Abraham Accords, Israel has also normalized relationships with Arab and Gulf State nations like the UAE, Bahrain, Morocco, and Sudan, enhancing critical economic, security, and intelligence ties between countries that just a few years ago didn’t even acknowledge Israel’s right to exist.  This is good for Israel, the Middle East and the United States.

For the United States, a strong U.S-Israel relationship – which includes significant financial assistance to Israel – allows Israel to defend itself, by itself, against constant threats from its neighbors without the need to put American soldiers at risk. It enhances our own geostrategic interests of regional security and stability by deterring major war, and it provides for us a trusted partner and ally in an otherwise unstable region of the world. We have also gained significant military technological knowledge and beneifts from our alliance with Israel. In fact, the U.S. military has even been testing Israel’s Iron Dome missile defense system in Guam, “as it eyes possible threats from China.”

A strong Israel, one that is backed with the faith and support of the United States government and the American people, deters aggression and promotes peace, a goal that we all certainly share. And fortunately, the overwhelming majority of members of Congress understand this and agree. Earlier this fall, every House member except 11 anti-Israel holdouts voted to pass a $1 billion supplemental funding bill to replenish Israel’s Iron Dome – a clear demonstration that we stand with Israel and will continue to ensure that Israel has the means to defend itself in the face of terror attacks and other sustained threats to the Jewish state.

Perhaps most importantly, a strong Israel is the ultimate expression of self-determination for a people that has long been left without a homeland, and who have endured a long history dehumanization, delegitimization, pogroms, and even attempts at extermination. As I had written in a previous column, we cannot forget that antisemitism has been the norm, not the exception, for most of Jewish history.  Sadly, antisemitism is again on the rise, in the United States and around the world.  What’s different today is the existence of Israel – a sacred refuge from the threat of antisemitism and a source of cultural, economic, religious and technological vitality.

This Thanksgiving, despite growing global challenges and uncertain times, I am grateful for the continued strong allyship, partnership, and friendship between the United States and Israel. Our shared democratic values serve as a beacon to all those who cherish freedom; our scientific cooperation brings tangible technological advances that benefit all nations; our security alliance increases the chances of peace and prosperity for the entire world.

A strong U.S.-Israel relationship means a better world for all. Happy Thanksgiving.