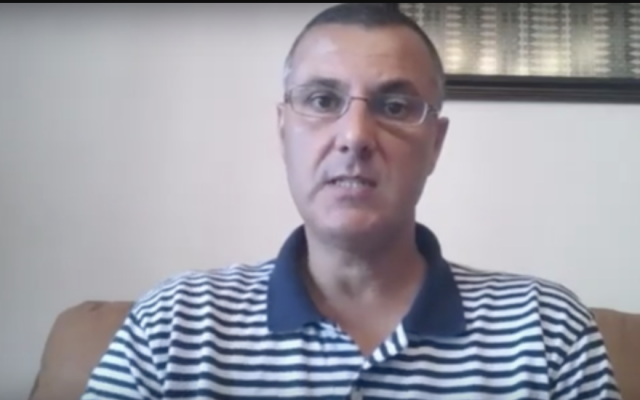 This past week, Harvard University’s student-run Palestine Solidarity Committee (PSC) has been working overtime to vilify Israel. In their zealous efforts, they spread lies and deeply offended both Blacks and Jews. As part of their ongoing support for the antisemitic Boycott, Divestment, and Sanctions (BDS) campaign, PSC hosted a series for “Israel Apartheid Week,” claiming the overall purpose was to “educate our community about the conflict and help students gain a deeper understanding of the situation.” True understanding, of course, comes from education and a good faith attempt to understand different perspectives. Instead, PSC invited a radical anti-Israel speaker who is so far outside the mainstream he should never be allowed to set foot on a college campus.

Omar Barghouti was featured in a panel on Monday, titled “Divestment as a Historical Tool for Justice.” Barghouti is notorious for his anti-Israel views and his determination to slander Jews at any opportunity. He has been quoted praising deadly terrorist attacks, even going so far as to write a chapter on the “glorious” resistance against Israel. His association with terror organizations, support for antisemitic conspiracy theories, and dedication to the destruction of Israel should disqualify him of all credibility, yet the PSC saw him as the perfect speaker for its event. Barghouti strongly opposes the idea of a two-state solution and wants to eradicate all Jews from his future State of Palestine.

While PSC’s invitation of a bigoted hate-monger pining for genocide was problematic enough, its decision to use the title of “Israel Apartheid Week” crossed another line entirely. The use of the word “apartheid” in such a casual sense dismisses the magnitude of the suffering experienced by Black people persecuted during the real Apartheid in South Africa. This false comparison between the Israel-Palestine conflict and South Africa’s white supremacist regime is incredibly offensive and completely false. The use of this analogy cheapens the experience of Black South Africans who suffered under the cruelty of Apartheid. It does nothing to advance the cause of peace and understanding.

Furthermore, this fake solidarity that anti-Israel activists try extra hard to feign every year is merely a cheap copy of the real and thriving Israel-Africa relationship. Movements like BDS will continue to become more inconsequential with time, and charlatans like Barghouti will continue to be seen for who they are.

I expect more from Harvard, a university that goes out of its way to emphasize the supposedly inclusive learning environment it fosters for all its students. In this case, by allowing PSC to hold this hateful series of events, Harvard managed to offend both the Black and Jewish communities.

On Monday, April 26th, Harvard University’s student-run Palestine Solidarity Committee (PSC) welcomed Omar Barghouti, the founder of the antisemitic Boycott, Divestment, and Sanctions (BDS) campaign, to participate in a discussion with professor Cornel West. The event, titled “Divestment as a Historical Tool for Justice,” was meant to provoke a deeper understanding of the Israel-Palestine conflict, but the PSC restricted a potentially constructive discussion through its inclusion of Jew-hating Barghouti in the panel.

Barghouti founded BDS with the intention of bringing as much economic harm to Israel as possible and continues to slander the Jewish state at every opportunity. He maintains relationships with several terrorist organizations through BDS and actively participates in antisemitic conspiracy theories. He has been quoted praising deadly terrorist attacks, even publishing a chapter in a book meant to glorify Palestinian violence.

Harvard University remains silent on the implications this event has on Jewish and Israeli students. The university claims to foster an inclusive campus environment, yet allows students to hold discriminatory events featuring racist speakers. Harvard must make a statement in opposition to Barghouti’s views and clarify that students of all cultural backgrounds are valued at the institution.

The institution’s failure to take a stand against blatant discrimination demonstrates to the students that they are only a priority when it becomes a publicized issue. Harvard needs to condemn everything Barghouti stands for and protect Jewish students from his bigotry and incitement.