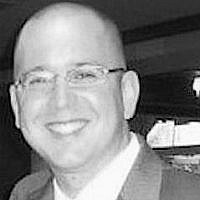 Look around you. Do you like what you see?

From Borough Park, to Lakewood, to Modiin Illit, and all the way to Uman, it feels like people have taken leave of their senses. Across the New York metro area, people are in Whatsapp groups encouraging each other not to get tested for coronavirus because it might cause their schools to close down. In Brooklyn people are burning masks in the street and assaulting reporters. In Uman, 2 people were deported for knocking down social distancing barriers at the grave of Rabbi Nachman.

Is this really who we are?

Don’t get me wrong, this phenomenon is not solely restricted to Haredi or Orthodox communities – there is plenty of craziness running amok throughout the secular Jewish communities, and America in general.

But the radicalization taking place right now within extreme right wing Jewish communities around the world have crossed the Rubicon into something bizarre, destructive, and frankly anti-Jewish.

It’s been a long time since I was in yeshiva, but the one thing they drilled into my head, day after day after day after day, was that when you put on the kippah and you step outside, the world is watching you. Swearing or acting rambunctiously was bad enough within the walls of the school, but outside? Instant visit to the principal’s office! Need to go the bathroom? Careful not to go into a McDonald’s because someone watching might think the food was kosher and it might cause them to sin!

And now what? What is this? What *IS* this? At the height of a global pandemic that is ravaging communities around the world regardless of what religion they are, or how they practice their religion, it is OUR communities that are among the worst outbreaks? The JEWISH people are leading the charge into virus hell?

Doesn’t anyone remember the terrible blood libels of the Middle Ages, when it was assumed that Jews were poisoning Christian wells because our sanitary practices (like washing our hands before meals!) and quarantines (shtetls and ghettos!) led to less Jews dying from the bubonic plague? And now we’re the ones who are ACTUALLY driving the spread of the virus. Are we trying to prove the anti-Semites right?

You can blame Bill de Blasio and Andrew Cuomo for the disastrous state of affairs in New York during the initial outbreak. You can even point to specific actions the city has taken that have clearly targeted at members of the Jewish community. You can point to tone-deafness in dealing with members of the religious community.

In fact, you don’t even need to start in 2020 – there has been a major increase in attacks against the visibly Jewish community in New York City for years, with little to no action on the part the worst mayor in the history of the city. No serious person is denying that it’s bad!

But this can NOT be the reaction to it. No matter what de Blasio or Cuomo are responsible for, burning masks and attacking reporters does NOTHING to advance the cause. Literally the only people the community is hurting is itself – and the adjacent neighborhoods who’ve done nothing to deserve what is being brought down upon them by unchecked virus spread.

And what happens then? Isn’t it bad enough that people hate us WITHOUT us validating their hatred by sinking to the worst possible caricature that they have for us?

Where are the leaders? Where are the people that have an understanding of history and what the implications are for committing the worst chillul Hashem I have ever heard of or come across? All I see are glory hounds and wannabe Twitter celebrities so desperate to go viral (the irony) that they’re willing to sacrifice the future of their own community. It’s an absolute disgrace.

The environment in the United States for Jews right now is at its lowest and most dangerous point of my lifetime – maybe anyone’s. Antisemitism is ascendant on the left and on the right. In the coming years we will need to rely on allies outside of our community to stand against this vile hatred – people that will blow the whistle and warn us when they hear someone is planning something against us. People that will join us arm in arm (assuming we can ever do that again) and speak out against it.

Without those allies we are on our own. And there aren’t enough of us. If for no other instinct but self-preservation (because apparently not being killed by a deadly virus isn’t enough motivation), we must not play into the worst stereotypes, and instead be the guiding light we have been throughout our history.

Anything else would be insane.