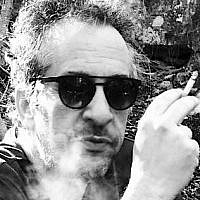 The Blogs
Guy Nevo
Apply for a Blog
Please note that the posts on The Blogs are contributed by third parties. The opinions, facts and any media content in them are presented solely by the authors, and neither The Times of Israel nor its partners assume any responsibility for them. Please contact us in case of abuse. In case of abuse,
Report this post. 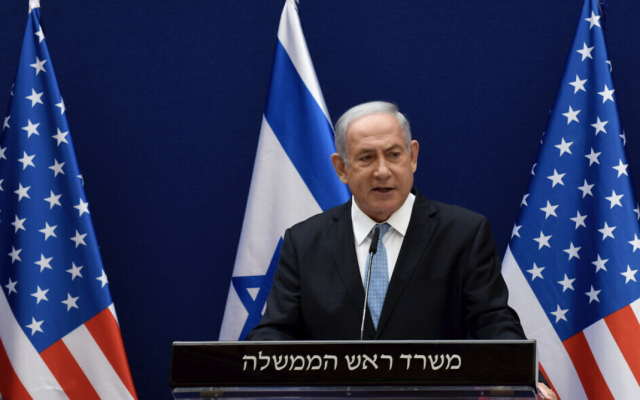 The peace agreement with The UAE sent the Israeli left and the “anyone but Bibi” camp into shock and awe that lasted for quite a few hours. The cool congrats gave way to a stream of op-eds, posts and sarcastic comments that were designed to belittle, ridicule and nullify the diplomatic achievement of our nemesis.

It is not clear to me whether the detractors are aware of the pettiness of this semantic argument or perhaps they just don’t see it. Their unwillingness to acknowledge an achievement by he-who-was indicted for breach of trust, accepting bribes and fraud has blinded them so profoundly that they truly believe this is just another empty spin of the so-called “wizard.”

I am sorry, dear friends. This is one bitter pill we all have to swallow and say todah. This is a peace agreement, big time. In the eyes of the Israeli collective all Arab states are the same, and normalization with any one of them is considered a peace agreement and a huge achievement for the prime minister who, in spite of all the left’s dire prophesies, has vastly shorn up Israel’s global stance.

In the eyes of the Israeli collective all Arab states are the same, and normalization with any one of them is considered a peace agreement and a huge achievement for the prime minister

The Israeli right and left greatly differ on the prominence of the Israeli-Palestinian conflict and on whether and how Israel should try and solve it. The left is wholly convinced the occupation has to end, first and foremost for moral reasons – not just out of concern over the misery of our neighbors, but because of the occupation’s devastating effect on the fabric of Israeli society.

The right, on the other hand, claims that the conflict is between Western Civilization and an Arab world that wouldn’t accept Israel, regardless of the local conflict. This argument is well presented in Netanyahu’s 1993 book “A Place Among The Nations.”

The left argued for years that without a solution to the conflict, Israel will become a pariah state, an outcast. At the far fringes of the left there are those who fully identify with movements such as BDS, clinging to a hope that the world will save Israel from itself.

Ironically, Israel-UAE normalization places the United Arab Emirates to the right of parts of the Israeli left. The far left loudly calls for a boycott and here comes an Arab state that ignores it, and normalizes their relations with The Zionist Occupation Entity, flipping the bird to Roger Waters and his friends.

Ironically, Israel-UAE normalization places the United Arab Emirates to the right of parts of the Israeli left.

The peace agreement with The UAE gives the finger not only to BDS but also to the old paradigm that claims that without a local solution to the conflict Israel can never become a “normal” country.

Surprise – Israel is becoming a normal country, with a manageable conflict, that the world cares about like it cares about other local conflicts, i.e. – not at all.

Israel has become a country that is strong militarily, economically and diplomatically. A country no one should ignore, one to keep good company with, because it pays. The UAE got it, maybe the Israeli left will get it one day.

The crack in the wall of the Arab states is soon to be widened. The Kingdom of Saudi Arabia just authorized EL AL to fly over its territory enroute to Africa and the Far East, significantly cutting flight duration and cost. And this is only the beginning. This widening crack should signal to the Palestinians that time is working against them.

Unconditional negotiations should be a top interest of the Palestinian people because as time goes by, Israel’s willingness and need to compromise diminishes and the Palestinians are the ones left without friends, not Israel.

About the Author
Born in Israel in 1964, Guy lives in Argentina since 1996 where he dedicates his time to entrepreneurship, being the founder of three Internet companies, while also finding the time to blog in English, Spanish and Hebrew.
Related Topics
Related Posts
Comments