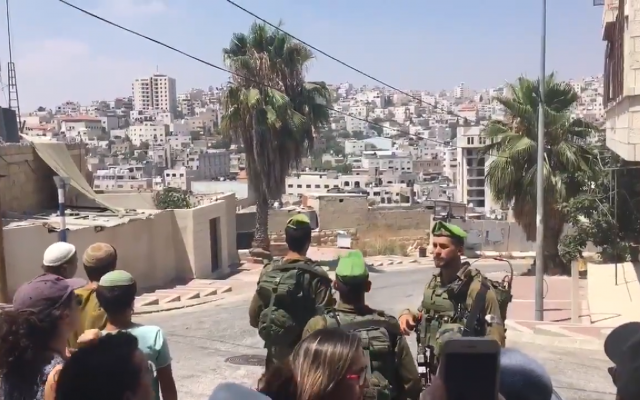 Entering Israel as Diaspora Jews, we’re used to being asked “Do you have relatives in Israel?” or “What synagogue do you attend?”. We don’t expect to be detained for hours and asked “What do you think of Bibi Netanyahu?” or “Would you go to a Breaking the Silence protest?”. Yet this is now happening to some left-wing Jews entering Israel. Will we soon all be subject to a political litmus test at the border?

On 5th August Simone Zimmerman, a founder of American anti-occupation movement IfNotNow who currently works for an Israeli human rights organisation, was detained for four hours at Israel’s border. As well as her views on Bibi, Simone was interrogated about her activism and work with Palestinians, and her phone was searched. A few days earlier Israeli-American author and anti-occupation activist Moriel Rothman-Zecher was detained at Ben Gurion for three hours, questioned about his political opinions and activism, and asked for information about fellow activists.

Simone and Moriel are non-violent political activists who could not reasonably be considered a security threat. Security is a figleaf here: the purpose of the interrogations is to send a message that there is a price to pay for actively opposing the occupation.

The way in which Simone and Moriel were treated is part of a wider attempt by the government to silence opponents which I have also experienced, albeit at a low level. Out in the West Bank with activist group Ta’ayush, accompanying Palestinian shepherds fearful of settler or military harassment, I have been questioned by soldiers, had photographs taken of my passport, and been warned about my “serious behaviour” – tactics designed to intimidate.

At other times the Israeli authorities in the West Bank are less proactive. Last month I toured the city of Hebron with Breaking the Silence, a group of IDF veterans critical of the occupation. We were subject to intense harassment by settlers: they drowned out our guide with music and whistling, followed her very closely, spoke over her, blocked her and hosed us with water (see this short film). Israeli soldiers and police were present throughout. In the following weeks the same guide had paint poured over her head whilst another was punched in the face.

The Israeli authorities’ tacit approval of this behaviour through lax law enforcement underscores the message: only visit Hebron with Breaking the Silence if you’re willing to pay the price.

Sometimes, the silencing is explicit. In March 2017 Israel passed a law barring entry to anyone who publicly supports a boycott of Israel or the settlements. So if I wrote an article arguing that settlements harm the prospects of peace and violate Palestinian rights, and I therefore consider it wrong to buy settlement products, I could be prevented from entering Israel.

Israeli citizens cannot be barred from entering; for them Bibi’s approach is one of delegitimisation. The latest example is his suggestion that those opposing the controversial Nation State Law (criticised, among others, by the Board of Deputies and President Rivlin) are ashamed of Zionism. The organisation I work for, the New Israel Fund (NIF), which supports Israeli NGOs working for democracy, equality and human rights, has long been the subject of attacks by Netanyahu.

Debate and dissent are essential to democracy. In the words of NIF CEO Daniel Sokatch, “the Israeli government has mobilized every ministry to mark its political enemies, including its own citizens and legal residents, and that’s simply not something a democracy does”.

Simone and Moriel both emphasised that their experiences were nothing compared to the oppression Palestinians face under the occupation. That oppression has continued for 51 years and the Jewish Diaspora has stayed largely silent. Jews who do speak out against it are considered a threat to its indefinite perpetuation.

At the moment, only a handful of activists are affected, but how long until anyone opposing the Israeli government is deemed a political threat, and silenced? We should all speak out now, before it’s too late.