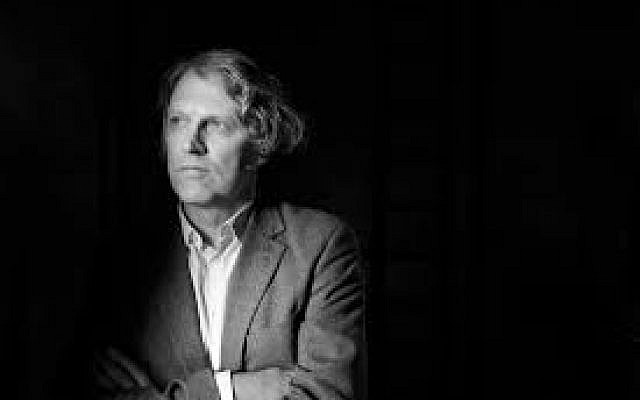 Peter Trawny, involved in the scholarly edition of Martin Heidegger’s collected works, is a German philosopher and professor at the University of Wuppertal. He will join The Ashkenazium Symposium organized by Michael Chighel and featuring Elliot Wolfson, from January 30th to February 2nd 2023, in Budapest (Hungary).

Would you compare yourself Acosmism with Heidegger’s vision of what he calls the  Worldlessness of the jews ?

Peter Trawny: It is first necessary to ask what Heidegger means by “world.” Da-sein is for him “being-in-the-world.” This is not merely a phenomenological term. It does not refer merely to the fact that we live in a world. The term “world” for Heidegger is something that carries a certain surplus of signification. The full phrase is akin to “being-at-home,” for instance, which in German signifies being in a Heimat, a native soil, the “place one grew up.” Thus “world” can also signify one’s place of origin, one’s roots, or the way one dwells in a landscape. When you hear the word with these inflections, then, “worldlessness” does not mean that one fails to live in such a context, that one does not dwell in a certain landscape, or does not have roots, or is uprooted. Acosmism — if I understand this term correctly — can certainly include those meanings. It can mean that origins, roots, landscape are not important, or do not count for much. But “acosmism” seems to signify more than that. It can also indicate a decision against the world in which another kind of “world” is affirmed, namely a space for society, economy, politics, publicity, internationalism, technology, all of which, in Heidegger’s eyes, would constitute the “life-world” (Lebenswelt) of the Jews. (It should be noted, incidentally, that “the Jews” for Heidegger are always assimilated Jews, not traditional or religious Jews. Heidegger took no real interest in the Jewish religion. His knowledge of Judaism was meager.) The matter becomes even more complex when Heidegger’s thinking is seen as sharing in an acosmism in this very sense. This philosopher did not live in a “world” in the sense of a place that is rich with dimensions that are social, economic, political, technological, etc.. Michael Chighel and Elliot Wolfson exhibit good intuitions here — each in his own manner — about a common spiritual acosmism between Judaism and Heidegger’s thought.

What is the definition of Weltjudentum ?

Peter Trawny: “Weltjudentum” or “world Judaism” is — paradoxically — the Jewish life-form of worldlessness: internationalism, economy, commerce, technology, modern art, etc. Of course, when Heidegger uses this term, he is, unfortunately, taking recourse to an established antisemitic stereotype which he could have picked up from reading Hitler’s Mein Kampf. It’s quite close to the stereotype used in the Protocols of the Elders of Zion.

Hannah Arendt said the problem of the nazis was more Acosmism than Nihilism, do you agree ?

Peter Trawny: I am not aware of where Arendt says that. If she does indeed state this, I would contradict her. In her view, a world has to be a political one. Totalitarianism means for her the end and the destruction of politics. In this sense, National Socialism would constitute an acosmic world-view. But by what necessity, we might ask, must the world be a political one in Arendt’s sense? Surely, we could not live in such a world. So for her, our quotidian life would likewise count as an acosmic life. (See what she says about the acosmic animal laborans in her discussion of “society” in The Human Condition.) National Socialism is a nihilistic world-view in as much as it is a glorification of the naturalistic struggle for life, where the only meaning of life is surviving, being the strongest and the fittest. And this world-view is based on a racism that started during the Aufklärung or Enlightenment — something we often forget when we find ourselves making a case for those good old times of Kantian thinking. We need to ask ourselves, incidentally, why so many Kantians and neo-Kantians became Nazis. The primary thinker of the Third Reich was not Nietzsche, but Kant, and this even if Nietzsche can be regarded (by a misunderstanding of Nietzsche) as one of the masterminds of such a naturalistic nihilism.

Is there a connection between Kabbalah and Unconcealedness ?

Peter Trawny:  Elliot Wolfson speaks of “striking affinities” between Lurianic Kabbalah and the Heideggerian understanding of truth as alétheia in the sense of unconcealment (Unverborgenheit). Truth is about the withdrawal of concealment. For Elliot the concept of tzimtzum approaches that meaning. So it would seem there are indeed some structural affinities — not between the whole of Kabbalah and Heidegger, of course, that would be too much. For me, Elliot’s work is very important and exciting in this respect. What I would like to discuss with him, on a theoretical level, is what exactly can count as a “striking affinity” in this context? Does it entail a third agent, an a priori criterion for affinity in general? I can compare two cars precisely because they are both cars. But what is the common denominator between Kabbalah and Heidegger? Do we have to look for historical connections beyond our transcendental self-consciousness? Is there an unknown history which still needs to be discovered?

Have you ever met with Michael Chighel and Elliott Wolfson ?

Peter Trawny: I know Michael from a trip I made to Jerusalem in 2019, I think. I was invited to teach as a fellow at the Martin Buber Society. We were in contact before I arrived, and then we met face to face. He presented me with his interpretation of the Black Notebooks, specifically those oft-discussed passages concerning Jews and Judaism, and I was convinced of the importance of his work. As a result, I translated his book for the Vittorio Klostermann publishing house. Since then, I joined Michael in Budapest at the Ashkenazium last year, where I offered a seminar on Derrida and Celan. I have not yet met Elliot in person. I am looking forward to our scheduled meeting at the Ashkenazium in January. I admire his work, his knowledge. Especially the book on Kabbalah and Heidegger. It is an inspiration for me.

What are you expecting from the symposium in Budapest ?

Peter Trawny:Real philosophy happens during such encounters, where there is a serious focus on philosophical questions. Of course, one could ask: What is a philosophical question? And I would venture to say that in a discourse about Torah and Heidegger the concept of “philosophy” itself is at stake (as it already is in Heidegger’s thought). Michael and Elliot, at any rate, are serious men, men who “burn for what they think and do.” The prospect of speaking to them promises to be one of great pleasure.