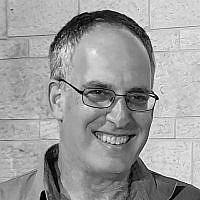 The Blogs
Shmuel Ur
Apply for a Blog
Advertisement
Please note that the posts on The Blogs are contributed by third parties. The opinions, facts and any media content in them are presented solely by the authors, and neither The Times of Israel nor its partners assume any responsibility for them. Please contact us in case of abuse. In case of abuse,
Report this post. 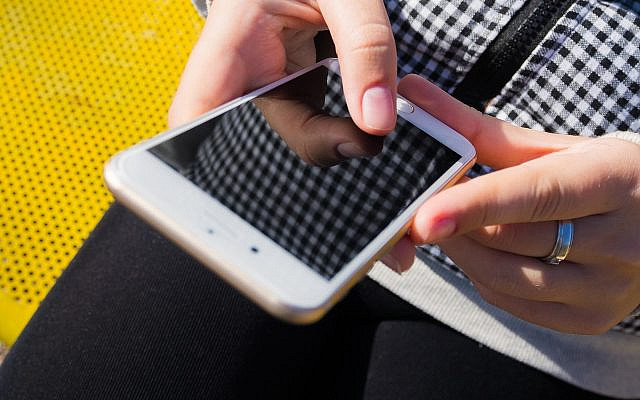 Illustrative: Scientists, researchers and tech executives are collaborating on technology to test for the coronavirus via the use of voice analysis. You can help by submitting voice data on your smartphone. (Source: Needpix)

Right now, we are working to create software that can detect the coronavirus infection using only a person’s voice. For this, we need voice data from as many people as possible. Please help us by completing our voice questionnaire at Corona Voice Detect.

If you know anybody who has tested positive, please ask them to complete the questionnaire as well. Their voice data is especially necessary for creating a program that can identify infections. If you think your friends, relatives, or anyone else might want to do this, please share it with them. The ability to identify infections is key to managing the situation and every piece of data will help us do this more effectively.

The story of this project

A month and a half ago, which seems like ages now, I went to hear a talk about voice forensics by Professor Rita Singh of Carnegie Mellon University.

Voice analysis can achieve amazing results, such as accurately guessing the shape of a speaker’s face, accurately guessing whether the speaker has been drinking tea or coffee, or diagnosing a variety of different diseases. While new, this field has already drawn the interest of academics, Israeli startups, and companies around the world.

I am a professional inventor. My livelihood is inventing ideas and selling them. I have been doing this for quite some time and have invented hundreds of patents.

A few weeks ago I asked Rita if she could use voice data to identify corona cases. She said that she very likely could, and it would take a week, but it would require a variety of voice samples. This would include people infected with corona, uninfected people, and people with similar conditions. She also said that because this is medical technology, implementing this will take a few years, due to the associated legal requirements and approvals. Things move slowly in the medical domain.

My thought was that it would be very useful to collect the relevant data and make them freely available. This way any interested machine learning researcher would be able to work on this problem using data which would otherwise be very hard to access. The desired outcome, once we have enough data, is the creation of a program which can identify Corona cases in people with symptoms and ideally even do so a day or two before symptoms appear.  Perhaps such a system could even help identify whether a case is likely to become severe enough to require hospitalization or other medical intervention.

On March 11th at 9am, as I was planning to leave the house, I wrote a post asking people to help me in creating a website for collecting voice data.  I left and went for an eye exam. Two hours later I checked my phone and Eden Shochat, a well known Israeli VC, had started a Facebook group to work on this project.  In those two hours many highly capable people had joined and 120 messages had been posted.  We started working on the project immediately, and Professor Rita Singh committed to using the data to build a detection system. By evening many more had joined, there were hundreds of messages, and Alan Bekker from Voca.ai had volunteered to build the website using his company’s resources.

A week later the website was already up and running. My post about it via Facebook had 60 shares and by that same weekend there were 1,500 people who contributed voice data via the questionnaire. Now, just one week later, quite a few researchers have access to the collected data and are waiting for more. They include scientists from universities such as CMU, MIT, Harvard Medical School, Afeka, and Waterloo as well as four companies and some independent researchers.  I am part of the growing community of people working on voice technology-based corona solutions and more people are joining every day.  There is already an initial voice detection system in early testing.  What is most needed now is more data.

In the course of my involvement with these efforts, I have been in contact with many who are working on solutions.  I could not have imagined just how much work is being done, and the level of inventiveness and quality is truly amazing. It seems that our military high-tech units’ jobs are now to fight corona, with the same being true for many parts of the high-tech industry.  These sectors represent thousands of hackers, makers, scientists, and medical experts of the highest caliber.

I can only assume other countries are investing the same magnitude of resources.  Throughout this process I have constantly been encountering a wide variety of experts, some working in fields I wasn’t aware existed. They are all working hard on projects they think will make a difference.  From these efforts there will be many solutions created, from the smallest scale to the largest, which together will make a huge impact.

For now most of us are staying at home, like we should, and wondering what will become of the current crisis.  But there are many people working hard to offer solutions, with the hope that some combination of these efforts will eventually lead to a breakthrough which will drastically improve the situation.

We are trying, and we need your help.

Please take 5 minutes to complete the questionnaire at this link.

About the Author
Shmuel Ur is a computer scientist with a Ph.D from Carnegie Mellon who studied under the Nobel Prize recipient and Turing Award-winning Herb Simon. He has worked in IBM where his title was a Master Inventor and he now works as an inventor for various startups and for his own interest in many areas of computers. Over the years he has been granted 130 patents and has many more on the way. He also teaches and you can find many of his talks on Youtube.com.
Related Topics
Related Posts
Shmuel Ur
Comments