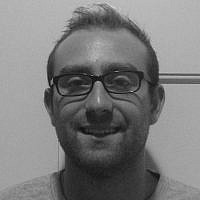 The Blogs
Robert Ellenhorn
Apply for a Blog
Advertisement
Please note that the posts on The Blogs are contributed by third parties. The opinions, facts and any media content in them are presented solely by the authors, and neither The Times of Israel nor its partners assume any responsibility for them. Please contact us in case of abuse. In case of abuse,
Report this post. 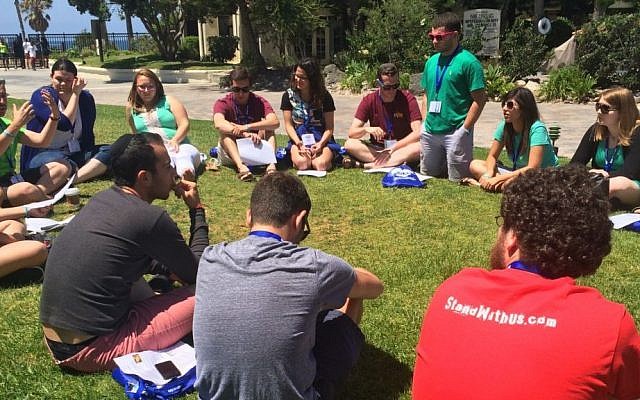 At a StandWithUs Emerson Fellowship training in Los Angeles in late August, students discuss the Iran deal and how to bring it to campus. (courtesy)

“The Start-up Nation”, “Israel makes live saving medical technology”, “Only one country ended the 20th century with a net gain in trees”, “Tel Aviv is a wonderful places to be gay”, “The cherry tomato was invented in Israel”, “Israel sent medical aid to Haiti”

If one is familiar with the world of “Israel advocacy” one is surely familiar with the above. There is practically an industry of organizations built to promote and spread wonderfully fun facts about the Jewish State (and conversely some not so fun facts about the Palestinians). Such catch lines are often used in an attempt to show the merits of the Jewish State and are employed in the push back against the Boycott, Divestment, and Sanctions movement which seems to be proliferating on campuses across the world. But how effective are these talking points at countering BDS? How much are the uninformed masses really swayed by this? The answer: not much.

There is a problem with the standard model in which students are taught to make the case for Israel and succeed in their fights against BDS. While Israel and its people do produce miraculous and spectacular feats, this is not the issue at hand – highlighting technology and environmentalism are obscurations. It is a sad fact that many pro-Israel students could rattle off an impressive amount of talking points resembling the above yet could not give you a coherent answer to the question: “Why are you a Zionist?”

The BDS movement, as manifested on campuses, by and large is made up of people who are not seeking to engage in a discussion about whether Israel contributes an adequate amount to the global scientific or medical communities. No, the campus conversation those who advocate BDS seek is one that delegitimizes Zionism and seeks to equate it with the some of the worst horrors our world has seen – Nazism, genocide, Apartheid. To them, the idea of a homeland specifically for Jews is a racist idea – and to our Universalist generation this view seems valid to the uninformed.

The campus conversation is not one that seeks to have a levelheaded discussion about specific Israeli policies, such as its settlement building in the territories (although this is an important discussion to be having in the Jewish community), but rather a discussion about the idea of Zionism itself. When trying to defeat BDS, we must stop trying to make the case for Israel and its accomplishments and start vociferously making the case for Zionism. Without question, the Zionist cause is a just one. The return of an oppressed and marginalized indigenous population to its land is a powerful story – with the ability to stir emotions deep in the hearts of Jew and non-Jew alike. After two millennia of expulsion, inquisition, pogrom, and holocaust, our people were finally able to re-establish ourselves in our ancient homeland and finally able to speak for ourselves – no longer voiceless and defenseless in the face of a world which time and again refused to accept us. At long last we have a home in which we can freely express and develop our national culture without fear of persecution or being forced to confront the tragic choice between assimilation and maintaining our beloved traditions.

As advocates we must move beyond talking points and obscurations and start speaking about what matters: Zionism. We must compellingly make the case that the Jewish people have a right to self determine like any other (note: this argument carries much more weight when one recognizes the right of the Palestinians to self determine as well). The feeling of “home” is one which all can identify with – something much easier to identify with than Israel having more companies publicly traded on Wall Street than all of Europe combined.

I attend the University of Washington. Two years ago, we resoundingly defeated a BDS resolution – not by attempting to do cheesy hasbara or defend any Israeli government’s policies, but rather spoke about the real idea being put on trial: Zionism. When I spoke with those who were unsure about the resolution or were unsure about why the BDS movement was something they should oppose– I spoke to them candidly and openly about why I am a Zionist. While those I spoke to may not be enlightened about Israeli high-tech or eat their next cherry tomato with gratitude towards Israel – I would hope they do have a measure of understanding about my people’s movement for liberation, self-expression and a place to call home.

About the Author
Robert Ellenhorn is a student at the University of Washington in Seattle majoring in International Studies and Near Eastern Civilizations. In addition to his studies, Robert enjoys reading, music, and watching soccer.
Related Topics
Related Posts
Comments