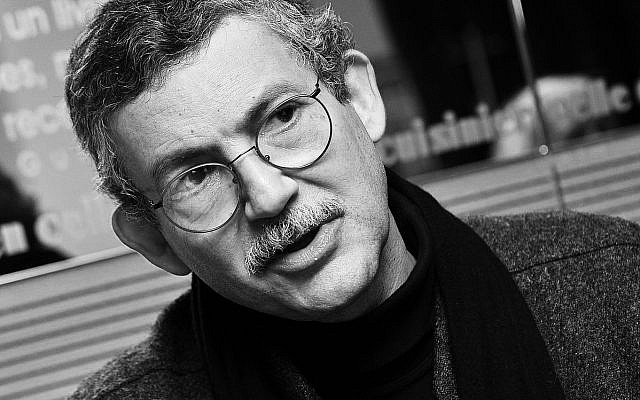 Dominique Vidal, journalist for the Le Monde diplomatique and historian, author of numerous books on the Israeli-Palestinian conflict, published with Leïla Shahid, former general delegate of Palestine in France and Michel Warschawski, Suburbs, Middle-East and us, prefaced by Isabelle Avran, vice-président of the Association France Palestine Solidarité (AFPS). His latest book was published with Bertrand Badie: The State of the World 2021. The Middle East and the World, by La Découverte, Paris.

How can you explain this resurgence of violence when the Israeli government seems to swing to the left with the support of Biden’s administration opposition to Benjamin Netanyahu ?
Dominique Vidal: Let me start with a general remark about this crisis and its media coverage. Imagine that, as the Covid pandemic ebbed, you went to the cinema and, having the wrong time, only saw the last ten minutes of your film: would you be able to understand the plot? Most of the mainstream media in France woke up when the first missiles fell on Jerusalem. Therefore, they absolutely could not predict to what measure the Islamist leaders would respond.

However, the situation has worsened since then. Gaza suffered more than 300 raids, which left nearly 113 dead and 600 injured. Israel continues to serve as a target for Hamas and Islamic Jihad, whose rockets have left 7 dead and 200+ injured. Worse, the so-called “mixed” cities have experienced a horror unseen for more than 70 years: lynchings!

Yet three weeks ago all was calm. So what happened? Our mainstream media did not cover the “ratonnades” – a term that dates back to the Algerian War in France – organized in Jerusalem by a few hundred Kahanist and ultra-Orthodox youths shouting “Death to the Arabs!” They also did not report on the installation in Sheikh Jarrah of Itamar Ben Gvir, whom I will call, according to the phrase of Yeshayahou Leibowitz, a “Judeo-Nazi”, who decided to take hold of 13 palestinians houses and to drive out some 300 inhabitants. And they devoted only a few images to cover the clashes on the Mosque Esplanade, with the invasion of Al-Aqsa by police officers who mistreated the faithful: at the very least 300 wounded, mostly Palestinians, 200 of whom were injured had to be hospitalized.

You’re not responding on the political situation?
Dominique Vidal: I’m coming. Your question actually contains its answer. It is precisely because Benjamin Netanyahu lost four successive elections and saw all his maneuvers to remain prime minister all the same fail that he decided, in my opinion, to “set fire” in Jerusalem – as before in the Gulf by bomb Iranian tankers and sabotaging the Natanz plant.

This hypothesis is well founded: the “ratonneurs” and the provocateurs of Sheikh Jarrah claim to belong to the religious Zionist Party and in particular to Force Juive, these heirs of Rabbi Kahane, whose party was banned by the Knesset in 1994, and with whom the Prime Minister desperately forged an alliance – he allegedly even promised them ministries at the same time as the Islamists in Ra’am. He is relying on them to create an emergency situation that would prevent the formation of an “anti-Bibi” coalition and allow his comeback at the head of a coalition of broad national unity. ”

In short, Netanyahu reminds me of Stanley Kubrick’s Doctor Strange Love. He bears primary responsibility for an effort designed both to save his “throne” and to avenge his friend Trump by sabotaging Washington’s negotiations with Tehran. Except that he measured neither the firepower nor the precision of the rockets of Hamas and the Jihad, nor the discontent of the Palestinians of Israel, especially since the adoption of the Law “Nation-state of the Jewish people. “. Arab Israelis intend to be full citizens: until they achieve true and full equality, their frustration may explode.

How can you explain this “volte face” of the Saudi Arabian king, Mohammed ben Salman, who was still very favorable to the peace process last week ?
Dominique Vidal: This is just one of the predictable boomerang effects of Netanyahu’s intended escalation. What will remain of the “Abrahamic accords” if the image of Israel, improved by hasbara for decades, is once again that of an army crushing the Gaza Strip with bombs and extremists engaging in lynchings? Israel used to be the kibbutz: tomorrow will it be the Ku Klux Klan?

Remember, however, that the Arab rulers are practicing a “grand écart”: on the one hand, they need the alliance with Israel and the United States for economic, technological and security reasons; on the other hand, they fear at home the revival of revolutionary movements fueled by their “betrayal” of Palestine. Remember this confession of Mohamed Ben Salman reported by Haaretz: “If I signed (with Israel), my people would kill me”.

According to a recent survey of 27,000 Arabs from 13 states, only 6% approve of normalization with Israel as long as the latter occupies East Jerusalem and the West Bank.

What do you think of the arrest of the president of the Association Française Palestine Solidarité in France?
Dominique Vidal: The president of the France Palestine Solidarity Association was arrested at the Quai d’Orsay gate and detained for a few hours yesterday: he had just come out of an interview with an adviser to the Minister of Foreign Affairs! The Paris police chief, Didier Lallement, accused him of holding a banned solidarity rally. Pure lie: I saw an appeal on Twitter from the association wich said not to come and demonstrate, although, the ban was announced very late by the prefecture.

How can this incredible “blunder” be explained ? Some might see this as the influence of the “lobby”. In fact, the Representative Council of Jewish Institutions in France (CRIF), whose president is a former leader of the Betar, increasingly plays the role of an Israeli embassy and an annex of its ministry of affairs. Strategic. Already during the 2014 Gaza war, then Prime Minister Manuel Valls initially banned demonstrations of solidarity.

To be frank, this explanation would be almost reassuring. We are currently living in France in a pre-fascist climate but that is another subject. Polls in the presidential election promise nearly 30 percent of the vote for Marine Le Pen, who is said to garner the highest percentage of workers and employees – and two-thirds of police and army officers. Faced with this danger, Emmanuel Macron and his government are overbidding security and, more generally, trying to appropriate the themes dear to the Rassemblement National (RN). Major mistake: as Jean-Marie Le Pen used to say, “voters always prefer the original to the copy.”

Why can’t we hear Yair Lapid anywhere ? We also hear voices that are usually very harsh towards “Islamo-leftism” speaking very negatively against Israeli policy. Can you differentiate between these two positions ?
Dominique Vidal: Again, there are two interpretations. Yaïr Lapid, in the midst of negotiations to form a makeshift coalition capable of succeeding Netanyahu’s, prefers to say as little as possible, so as not to diminish chances. Essentially, however, I fear the explanation will be more trivial: between the main Israeli political “heads”, a fundamental consensus remains.

Otherwise, the four successive elections would have turned out differently. I said it earlier: Netanyahu lost them, in the sense that he did not get the majority he was looking for in order to evade justice and continue to radicalize his policies.

But, if he lost, no one won. And for good reason: for a long time, no political force or any alliance of political forces has offered the Israelis a comprehensive alternative, neither on the Palestinian question, nor on the major economic and social questions. Only the aspiration for a certain form of secularism, which puts an end to religious constraints, seems to be emerging. In Israel, as in many states around the world, this lack of alternatives largely explains the strength of the right and the populist push.

As for “Islamo-leftism”, excuse me, but I don’t know what that is. What I can tell you is that most of the people referred to under this label are neither Muslims nor Trotskyists (or Maoists or Anarchists). Like me for example. No offense to some, I am not an “anti-Semite” either: the Wall of Names at the Shoah Memorial in Paris honors 13 members of my family.

How can you explain the silence of the Western powers?
Dominique Vidal: “Faites attention à l’eau qui dort”. This silence is indeed shocking, and I understand it, all those who think that the great powers, first and foremost the permanent members of the UN Security Council, should help to preserve peace in the world. But the adventures Netanyahu embarked on in Jerusalem, then in Gaza and the Gulf, if they seriously disturbed peace in and near the Middle East, could also threaten world peace.

It is not today that the “Big Ones” are observing double standards. Iraq has been militarily driven out of occupied Kuwait, Russia is sanctioned for annexing Crimea, but Israel has occupied, colonized and mistreated the Occupied Territories for 54 years without ever being sanctioned.

In my opinion, however, you would be wrong not to fully appreciate what it means to replace Trump with Biden. The new US president is focused on China, and that is why he is keen to find a compromise with the Iranian leadership, whom he fears to see closer to Beijing. The Mossad leader was able to measure in Washington, if I am well informed, that the White House will not be impressed by Netanyahu’s chutzpah… And its restraint on the current crisis is not worth discharge.

Are we on the eve of a third intifada?
Dominique Vidal: Historians are more inclined to discuss the past than the future. Let me tell you, “All That… for This?!” Israel fought and won the 1948 war, at the end of which, having expelled some 800,000 Arabs, they believed they had answered the Palestinian question. Then there was the Suez War. In 1967, Israël conquered and since colonized the rest of Palestine. The Yom Kippur Wars, the two wars in Lebanon, two Intifadas and three attacks against Gaza followed …

At the end of this long and turbulent history, Israel, now in its seventies, endowed with an overpowered army and a solid although unequal economy, world champion of high tech, especially security, should be sure of itself. Some even drew from the Abrahamic accords last summer the lesson that peace was marching between Israel and the Arab world on the backs of the permanently marginalized Palestinians.
What an illusion: here is Israel again embroiled in a bloody attack. And this time, its entire population is under enemy fire. Inside itself, the beginnings of a kind of civil war multiply, which seems to take Israël back to before 1948. So I repeat my question: “All That… for This?!”