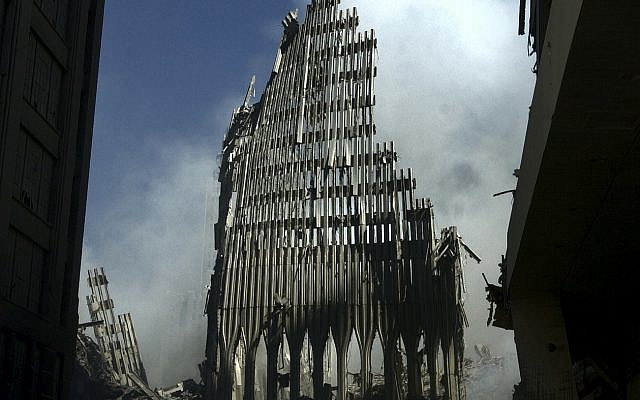 Absolute evil has existed for millennia. It constitutes a single-minded, systematic focus to destroy all good in the world. According to Torah tradition, it has a name. Amalek. The Torah commands us to always remember and never forget what Amalek represents. [1]

This is the essence of Parashat Zachor. Our Sages instituted an annual public Torah reading on the Shabbat preceding Purim, lest we forget Amalek’s role in world affairs. The saga of the most infamous Amalekite, Haman, at the heart of the Megillah, is a sobering reminder of the existence of absolute evil and our obligation to confront it.

Having mentioned absolute evil, most situations in life are not so black or white. Certainly in ethical terms, little is absolutely good or absolutely bad, but rather nuanced with many shades of moral grey. Nevertheless, world and Jewish history are testament to the undeniable existence of destructive ideologies of significant evil.

Haman’s intention was to kill every last Jew in all 127 countries of Achashverosh’s global empire in one day. His Final Solution was on the brink of implementation. It was only through the grace of G-d and the actions of Mordechai and Esther that his plan was thwarted at the last minute. Thousands of years later, Hitler declared the same intentions. Tragically, he succeeded in murdering one third of the Jewish people, and if not for the hand of Providence guiding the actions of the Allied Forces, he would have gone much further. Unstopped and unchecked, this type of evil would, G-d forbid, destroy every last Jew wherever they are.

Even though Amalek no longer exists as a nation, it most certainly exists as an ideology. Its goal is to eradicate everything good in the world – first the Jewish people, and all those who stand for morality and justice.

Remarkably, only two nations are called רֵאשִׁית, the first of nations – the Jewish people and Amalek. [2]

The point is clear. These two nations are pitted against each other in the perennial battle of good versus evil. Just as on an individual level we battle constantly between our good and evil impulses, so too these forces struggle with one another on a cosmic level – the collective mission of the Jewish people as opposed to that of Amalek.

The struggle between good and evil is at the core of much literature and art as it is so central to the psychological and historical reality of the human condition. Heroes and villains are locked in constant battle. Individuals and societies possess both the passion for altruistic good and the impulse for self-destructive evil. Israel’s mission is chiefly the former; Amalek’s the latter.

It was not by chance that Amalek was the first nation to attack Israel, as soon as we came out of Egypt. This can be sourced from Parashat Zachor. Here are two remarkable points which highlight Amalek’s pursuit of evil:

“How he happened upon you on the way and cut off all the stragglers at your rear, when you were faint and weary, and he did not fear G-d” (Deuteronomy 25, 17-19).

Firstly, there is no stated motive for this attack. Amalek was not motivated by any normative political or military reasoning. Theirs was not a battle over land or religion nor a war of defense, deterrence or display of regional power. [3] They chose to attack for no reason other than to commit evil for its own sake. To sow darkness at the very dawn of Israel’s aspirations to be ‘a light unto the nations.’

Theirs is not a regular military confrontation but rather a purposeful and systematic attack on those lagging behind: the elderly, the young, the weak and the infirm. They attacked the most vulnerable and defenseless in society.

Amalek-type evil has taken on a new name. Terrorism. The aim of international terrorism is to do exactly what its name implies: to terrorize anywhere and everywhere. The acceptable international norm in military interaction is that an army confronts another, and only combatants in uniform fight against their counterparts. Civilians are beyond the pale of ideological and military conflict. An Amalek mindset operates differently. It is specifically the civilians, the non-combatants, who are the aim of their terror.

Hamas and Hezbollah terrorize Israeli civilians just getting on with their lives. Al-Qaida, ISIS and the like do the same in cities around the world. Iran today is the greatest supporter of international terror and has its own diabolical aspirations for nuclear hegemony. 9/11 showed us just what warped minds of terror could conjure up. There seems to be no limit to the immoral perversion and distortion of heart and mind.

Terrorism, as fitting for an Amalek-type ideology, exists outside the moral consensus and international convention of normative political, military and societal living.

Yet if one thing is clear, understandable and proven about Amalekite anti-Semitism it is this – it begins with the Jews but never ends with them. One can be sure it will spill over to all fair-minded, good people around the world. Buildings and planes in New York, trains in Madrid, buses in London, night clubs in Bali, schools in Toulouse, stores in Paris and coffee shops in Sydney are all fair game. Radical Islamic terror is the latest incarnation of Amalek’s global mission.

Therefore it is incumbent on statesmen and leaders to comprehend the challenge of dealing with Amalek. [4]

It was Mordechai who had this clarity of moral vision and courageous temerity to stand up to Haman. It was his and Esther’s heroic leadership, with assistance from Above, that prevented the total annihilation of the Jewish people.

What would have happened to Europe, and beyond, if not for the heroic leadership of Winston Churchill in the 1940s? Charles Krauthammer, America’s sorely missed preeminent columnist, argued that Churchill’s role in confronting Nazism was so indispensable that it made him the most important person of the 20th century. [5] What enabled Churchill to be the right statesman at the right time was his absolute clarity of vision of what Nazism stood for and aspired to achieve and what the right response was to that evil.

From countless articles in the 30s, it is evident that he, more than anyone else, understood and articulated the looming threat. In 1935, many branded him as an extremist sowing panic and viewing the world in simplistic, black-and-white terms. By 1940, none of his critics could doubt him. In our nuclear age, Churchill’s brand of leadership, courage and clarity of vision is more critical than ever.

Yes, life is very nuanced and complex and must be viewed with great sophistication. And yes, this Amalek-type hatred is rooted in a small minority with the majority being good, peace-loving people. Nevertheless, we have to be very mindful that our own nuanced sophistication does not cloud our vision in dealing with this scourge of evil. The great advantage of open, pluralistic and democratic “live and let live” society must not become our greatest weakness. The forces of good cannot prevail if we are not armed with robust moral clarity.

Parashat Zachor is the perennial reminder of this need. Purim is the primer of how to contend with this evil and how each player has their part to play. The Hamans of the world will always attempt to win over the Achashveroshes – to isolate, sanction, punish and persecute the Jews. The Mordechais and Esthers must display clarity and courageousness in confronting this evil in the face of fierce opposition and impossible odds. And the ultimate role is played by the Almighty, behind the scenes, masking the indispensable face of Providence in the drama of human and Jewish destiny.

Regarding Amalek, in Bilaam’s prophecy: “When he saw Amalek, he took up his parable and said, “Amalek was the first of the nations, and his fate shall be everlasting destruction” (Numbers 24:20).

[3] The Malbim on the above verse says that none of these five reasons at the core of all normative military conflict were present here.

[4] Rambam (Laws of Kings and Their Wars 1:1), based on the Talmud (Sanhedrin 20b), states that the mitzvah of remembering and confronting Amalek is a mitzvah on כְּלַל יִשְׂרָאֵל – the Jewish people as a collective – and is to be implemented by the king. Indeed, Rabbi Meshulam Roth in his Halachic responsa (Kol Mevasser 2:42) notes that majority of opinions rule that this mitzvah is incumbent upon the king.

A version of this article appears in Mizrachi’s HaMizrachi global publication for Purim.