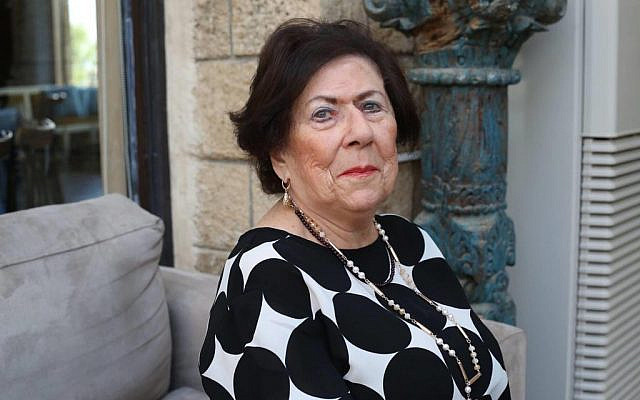 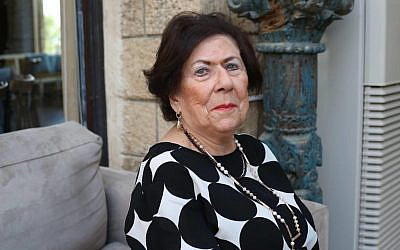 Leah Hasson was only four years old when the Nazis invaded Kharkov, Ukraine killing her father Haim Schwartz and leaving her and her mother Rozia to survive the next five years in a forest begging for food. She tells her story every year to children all over Israel as a part of Zikaron BaSalon, or remembrance in the living room, a Yom Hashoah commemoration program that allows Holocaust survivors to come into people’s home and share their stories. Hasson says she could go on for days about what it was like during the Shoah.

Dana Sender -Mulla, co-founder and board member of Zikaron BaSalon, says stories like 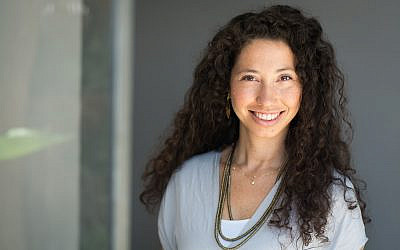 Hasson’s are important and that’s why this year, due to the Coronavirus they are holding virtual meetings on April 20th and 21st to protect the health of the Holocaust survivors. Sender-Mulla says every story counts, and many of the survivors today are child survivors who thought their stories didn’t matter.

Hasson says being ordered to stay home for the last month during the Coronavirus pandemic brought back a lot of bad memories. Her family lived in the city of Kharkov, Ukraine known for its affluent Jewish population, but when the Nazis arrived in October of 1941, Hasson says they opened the work camps and “They came to finish the job.” No soon after the Germans arrived, typhus broke out and she says news arrived that they were going to destroy all the ghettos. It was 2 a.m. on a snowy night in December when Hasson and her mother escaped.

“I couldn’t walk, my temperature was 40 degrees Celsius, and I was about five years old then. My mother took me on her back, and we went out of the ghetto to save our lives. The snow was so high, it was in November or December, and she started to climb the big mountain in the city. I couldn’t walk so she threw me into the snow and ran away and started to climb the mountain. I started to shout in Polish and then I cried and she didn’t come back. Then I started to shout in Yiddish “This is what you do to your daughter, you throw me away to die.’ And she came back and took me,” she remembers. “We were sitting in the snow the whole night naked with nothing, only what we had and no blanket. We heard thousands of people who were told to dig their holes and they killed them one by one. We heard ‘Sh’ma Yisrael, Sh’ma Yisrael’ and then it was quiet.”

An article on the Smithsonian Magazine website places her story in December with the massacres in Kharkov being largely unknown until years later. Usually Hasson sits for one to three hours telling her story to young people and most are shocked. Sender-Mulla says even though they can look up the facts, personal stories are paramount to commemorating the past.

The idea for Zikaron BaSalon bubbled up among young people who wanted to find a new way to connect to Yom Hashoah, or Holocaust Remembrance Day, that was more engaging and authentic says Sender-Mulla.

“It was a way they could bring their own perspective into the conversation rather than just sit around passively and watching another ceremony and another video during Holocaust Remembrance Day,” she says. “Our way of creating Zikaron BaSalon was allowing people to open their living rooms and inviting friends, family, people they don’t know and a Holocaust survivor into their homes.”

There were less than one percent of Jews left after the Nazis captured Kharkov. There were 15,000 Jews in the city, but Hasson says when she asked her mother how many were left she was told only 80 people survived. Many of them are no longer alive and she knows of only two women from Kharkov- one who lives in Haifa and the other in Tel Aviv. 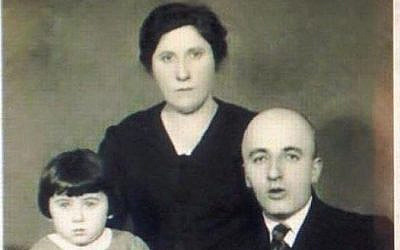 “The biggest tragedy was in this place. Most of the people remember those that stayed in Auschwitz and it was already the end of the war. The places that are now Ukraine, Latvia, and Estonia have no Jews left,” Hasson says.  “When we left they immediately took my father and then we left the ghetto of Kharkov and went to the ghetto of Belzyce. My father was no longer with us. He was killed in the concentration camp which was near our city of Kharkov. Today you cannot find any sign of those camps, because they are now agricultural places. This is why people speak about Auschwitz, because they don’t remember the three million or so Jews that were killed in those regions.”

So, she continues to tell her story recalling vivid memories of fleeing Ukraine. She and her mother lived in the forest and in a cotton field in Poland. Hasson says she spent five years living in the forest with her mother among “horses and swine” and her mother would send her out to homes to beg for food.

But when she and her mother were found living in the cotton field by a Gestapo collaborator Hasson says she thought she might not make it. She says she knew there was hope because her mother told her the Russians were close and after four years surviving in the forest, she refused to die at the hands of the Gestapo.

“I can remember the sun and heat, even in June and July in Poland it is also very hot. There was no water and we were starving and one day in the cotton field one of the Gestapo collaborators found us and told us ‘Ok. Now come with me to the Gestapo office.’ At that moment, I was probably already seven or more, I understood this is the end of my life,” Hasson says. “I fell to my knees, I remember his boots, I don’t remember his face, only his red boots. I started to kiss his boots and shout “Let me live! Let me live! I want to live!’ Suddenly he made a sign with his hand and said ‘Go away. I don’t want to see you anymore and if you meet somebody don’t tell them you saw me.’”

But even when she arrived in Israel, Hasson was not welcome on Kibbutz Mizra where her father’s family settled in 1935. She says they didn’t hate her, but the children at the school knew nothing of the Holocaust because no one told them. She was called “horrible” names, but says her intelligence gave her an edge. She describes the people at the kibbutz as intellectuals training her in music and reading books. On one hand she says, she can’t forget how malicious the children were, but on the other hand she can’t forget all the good things she learned on the kibbutz.

“I was a brilliant Jew and they needed me sometimes and they took my notebook when they wanted me to help them; then they were nice,” she recalls. “When my class met at the age of 60 they asked me to forgive them. I said I cannot forgive. It hurt so much, you can’t forget it.” 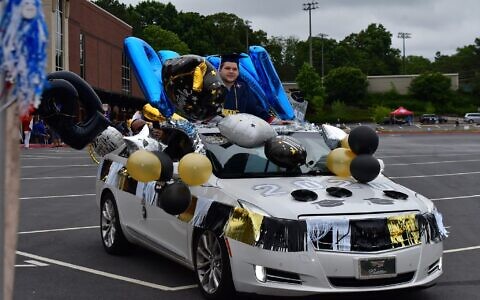 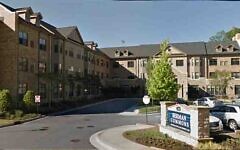 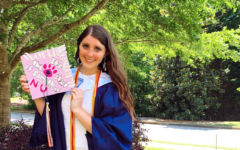 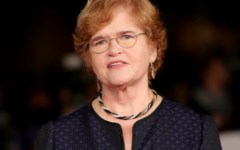 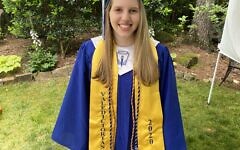