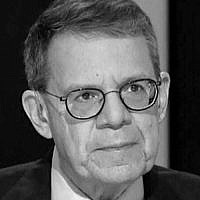 The Blogs
Martin Kramer
on Israel and the Middle East
Apply for a Blog
Advertisement
Please note that the posts on The Blogs are contributed by third parties. The opinions, facts and any media content in them are presented solely by the authors, and neither The Times of Israel nor its partners assume any responsibility for them. Please contact us in case of abuse. In case of abuse,
Report this post. 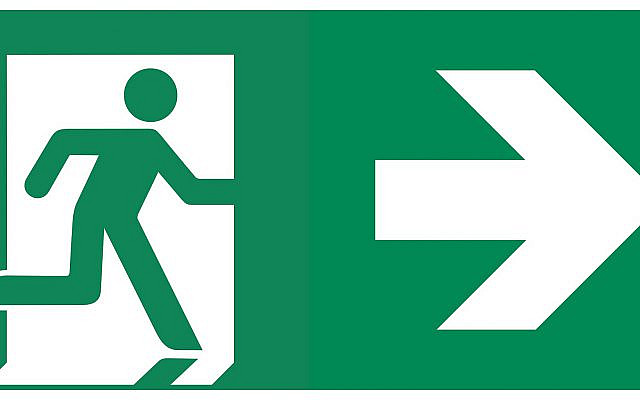 The membership of the Middle East Studies Association (MESA) has endorsed a resolution to boycott Israeli academe. The general referendum took place over nearly two months, and the final count came to 768 for a boycott, 167 against.

My longtime readers won’t be surprised. I saw it coming eight years ago, and just wish it had happened sooner. That’s because I’m not a member or a well-wisher of MESA. I’m pleased it’s finally been exposed for what it’s mostly become: a pro-Palestine, anti-Israel political society whose members just happen to be academics.

Most of the dropouts are state universities. Over the past decade, many state legislatures have adopted anti-boycott laws, which prohibit state funding for boycotters. Paying dues to MESA with taxpayers’ money might become a problem, and while the anti-boycott laws are open to interpretation, who wants to contest one over MESA? I imagine many of these institutions saw the MESA boycott coming, and decided to slip out the back door, by not renewing their membership.

As a result, MESA has been totally swept out of the southwest. The universities of Texas, Utah, and Arizona, all seats of major Middle East centers, left MESA, as did Brigham Young, a major center for Arabic study. Arizona, it’s worth noting, had hosted the headquarters of MESA since the early 1980s; a few years ago, it gave MESA notice (the state of Arizona has perhaps the strongest anti-boycott legislation in the country).

The situation in the south is similar. The public universities have all left: Georgia State, Florida State, the University of North Carolina at Chapel Hill, the University of Virginia, and William and Mary are gone from the list, and the University of Arkansas is reportedly wavering. Duke has also left; the only southern member is Vanderbilt.

In the midwest, too, MESA has retreated. The University of Wisconsin at Madison, the University of Illinois at Urbana-Champaign, and Ohio State have dropped off the list, and Indiana University says it won’t renew. That leaves only one public university: Michigan at Ann Arbor. Also gone: Marquette, Washington University in St. Louis, and Notre Dame.

MESA has held its own in California and the Pacific northwest, but there’s been erosion in the east. In Massachusetts, it retains only Harvard, having lost the University of Massachusetts at Amherst, Boston College, Brandeis, and two units at Tufts. Other notable losses in the east: the Johns Hopkins School of Advanced International Studies, Princeton’s Institute for the Transregional Study of the Contemporary Middle East, and the US Naval Academy (What led them to join in the first place?).

No doubt there are different explanations for specific cases, but the trend is obvious. MESA’s standing as a national organization is in a free fall, and this coincides with its final slide down the muddy slope of politicization. Now that the boycott banner is flying from its mast, the list of remaining institutional members can only do one thing: shrink. Maybe that’s why the list has disappeared from MESA’s website. It probably won’t ever be made public again.

Not that individual membership is doing much better. It’s also fallen by about fifteen percent from its high. For individuals, MESA still performs a function, as a job market and a place to network. If MESA passed a resolution saying the moon is suspended over Mecca, many of these people would remain. But it’s telling that even here, there’s been a retreat. Now that MESA has earned infamy as an academic boycotter, it may not mean as much to deliver an academic paper at its annual conference. Expect further attrition.

Ghost of MESA past

MESA was founded in 1966 by 51 distinguished scholars of diverse backgrounds, who knew that politics would poison their plan. They sought to gain respectability for Middle Eastern studies, and raise standards of scholarship. If they wasted time arguing over politics, they’d break up into warring cliques, tarnishing one another’s good names. MESA would wither. So they checked their politics at the door.

A MESA president drew the line clearly in 1970, when some gate crashers tried to introduce a political agenda:

We are a young organization, especially if we compare ourselves with the other area associations. There are some terrible lessons that we can learn by looking at what has happened to some of them—internal strife, and takeovers by political factions and a severe challenge to the concept (which some hold to be outmoded) of objective scholarship. If there is any task that our organization can perform it is to serve as a forum for objective scholarship on the Middle East. For those who wish political action, there exist any number of groups representing every faction and every shade of opinion. More than ever before, MESA must be the free meeting place of ideas—ideas that can clash and that can be argued about. We do not seek an end to controversy, but we must realize that the price we will pay for political involvement is the destruction of this young Association and the disappearance of a precious meeting place of ideas and of one of the only bases for action of a positive nature.

As a warning, this worked, and MESA remained pretty much above the fray for its first few decades. But it also reads as a prophecy for exactly what has come to pass today.

Who’s to blame? It would be easy to point a finger at the predatory BDSers who targeted MESA. But they were only doing what they always do. MESA had grown large and prestigious, so it was bound to attract activist hackers. I find it harder to understand the real scholars who allowed MESA to be subverted. These people didn’t build anything. They inherited their Middle East centers and MESA from the pioneering generation. All they had to do was hold the fort and fend off the insurgents. In this, they totally failed.

The moment to take a stand wasn’t the anti-Israel boycott referendum. By then, it was a lost cause. It was when the radicals plotted to remove the main obstacle to their plan: the provision in MESA’s mission statement, defining the organization as “non-political.”

In 2004, the phrase disappeared from a draft revision of the statement. Influential members expressed their strong disapproval. “Given your thoughtful responses,” wrote MESA’s then-president, “it seems not only appropriate but quite important that language about MESA’s non-political purpose be reintroduced in the mission statement…. There is no desire on the part of the board to turn MESA into a political organization.” MESA had no plan to “endorse political positions or play a political role. This, quite simply, is not part of MESA’s mission.”

But by 2017, the tide had turned. MESA’s membership approved by referendum the deletion of “non-political” from the mission statement. This is where the seasoned veterans should have made a heroic stand, because it’s there that MESA finally crossed the line. A political MESA is antithetical to its original purpose. Some members did warn against the move. One former MESA president, personally committed to BDS, called it “utterly irresponsible.” Maybe they would have done better had they threatened to resign, but they didn’t, and the herd trampled them.

That’s all water down the Tigris. MESA today is a political advocacy group, one of many, with an expressly anti-Israel agenda. The boycott resolution is something that can’t be rescinded, so it will remain a permanent blight on MESA. That’s no cause for tears. The resolution is wonderfully clarifying. No more pretense: however MESA tries to spin and parse its boycott resolution, it is what it is. Those who share MESA’s political agenda should stay. Those who don’t should leave. It’s really that simple.

My recommendation, for scholars who pine for the original MESA, is to consider joining ASMEA, the Association for the Study of the Middle East and Africa. Its founders, Bernard Lewis and Fouad Ajami, were prescient. Fifteen years ago, they saw where MESA was headed, saw room for an alternative, and created one.

ASMEA has survived the passing of its two founders, and has established a bridgehead in academe. Like MESA, it has an annual conference, a journal, and scholarly prizes. It’s been running against an incumbent with a half-century’s head start, so it has a way to go. But unlike MESA, it’s growing, not shrinking. If ASMEA can expand its services to members, and remain welcoming to all without discrimination, it can narrow the gap, and even push MESA aside. If something is worth doing in America, at least two competitors should do it. Studying the Middle East is that important.

About the Author
Martin Kramer teaches Middle Eastern history and served as founding president at Shalem College in Jerusalem, and is the Walter P. Stern fellow at the Washington Institute for Near East Policy.
Related Topics
Related Posts
Comments