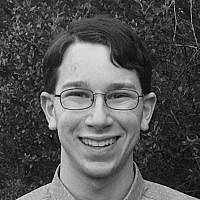 The Blogs
Jacob Egelberg
Apply for a Blog
Advertisement
Please note that the posts on The Blogs are contributed by third parties. The opinions, facts and any media content in them are presented solely by the authors, and neither The Times of Israel nor its partners assume any responsibility for them. Please contact us in case of abuse. In case of abuse,
Report this post. 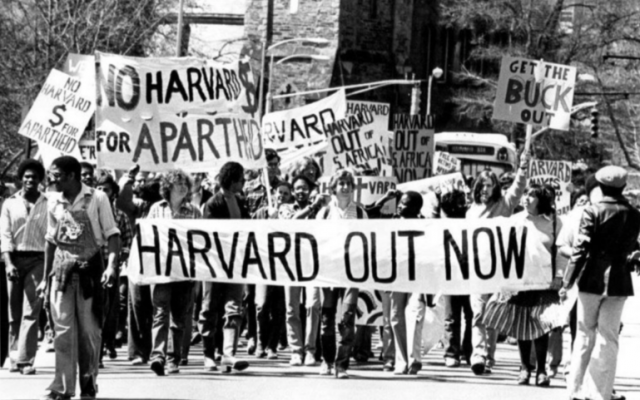 For Harvard Out of Occupied Palestine (HOOP), degrading Israel is more important than supporting Palestinians.

They don’t care that Palestinian fighters regularly direct attacks from civilian centers, including homes, schools, and hospitals, and target “overcrowded areas, the civilian society,” in Israel, both war crimes according to the Geneva Convention.

Despite the facts on the ground, HOOP asks students to “de-shelve” products like Sabra Hummus or boycott Motorola because Sabra sends food and care packages to Israeli soldiers, and Motorola provides Israeli communities with security fences.

Hoop’s opposition to the upcoming Harvard Israel Trek—a 100-student-large expedition to Israel—is the latest manifestation of their misplaced priorities.

The expedition involves meetings with Israeli and Palestinian officials and promises to provide a balanced view of the Israeli-Palestinian conflict. Yet, HOOP organizer Christian Tabash says that “It doesn’t matter…if you talk to a Palestinian…power is unequal, and Palestinians exist as the colonized.” In other words, the thoughts, feelings, and experiences of actual Palestinians play no part in HOOP’s contrived narrative.

HOOP’s stance against speaking with Palestinians, as it simultaneously purports to advocate on their behalf, highlights—with unusual clarity—the sham that HOOP was founded on: the notion that Israel is to blame for the plight of Palestinians. The reality of the situation is that Palestinian leadership is authoritarian, oppressive, and cruel. To truly help Palestinians, groups like HOOP should advocate for improving Palestinian governance, not destroying Israel’s.

Hamas, which governs Palestinians in the Gaza strip, is a terrorist organization whose founding document reads, “The Day of Judgement will not come about until Moslems fight the Jews (killing the Jews) when the Jew will hide behind stones and trees.” Between 2014 and 2020, UN agencies sent Hamas more than $4 billion in aid. That’s at least $2,500 for every person in Gaza; yet, 38% of Gazans live in poverty because Hamas spends nearly one-fifth of its annual budget on military infrastructure, the fourth-highest percentage of military spending in the world. Hamas routinely arrests critics, journalists, and activists and seizes and searches civilians’ property and land without warrants.

Meanwhile, in the West Bank, the ruling Fatah party considers selling land to Jews punishable by death. President Mahmoud Abbas is 17 years into his four-year term, which expired in 2009, and the Palestinian Legislative Council hasn’t functioned since 2007. This past year, Abbas blamed Israel for his decision to postpone legislative elections indefinitely, though analysts and Palestinians pointed out that his party was poised to lose. Fatah, like Hamas, has cracked down on journalists and activists, arbitrarily killing, torturing, and detaining dissidents.

HOOP’s opposition to the Harvard Israel Trek is shameful and unproductive. Their position ignores the reality that many Palestinian issues are just that—Palestinian issues—and discourages the very discourse necessary for any sort of shared understanding.

Maybe if HOOP’s members participated in the Harvard Israel Trek and actually talked with the Palestinians they claim to speak for, they could learn a thing or two about life for Palestinians in Israel, under the Palestinian Authority in the West Bank and Hamas in Gaza.