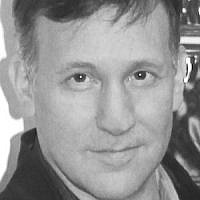 The Blogs
James Cooper
Apply for a Blog
Please note that the posts on The Blogs are contributed by third parties. The opinions, facts and any media content in them are presented solely by the authors, and neither The Times of Israel nor its partners assume any responsibility for them. Please contact us in case of abuse. In case of abuse,
Report this post. 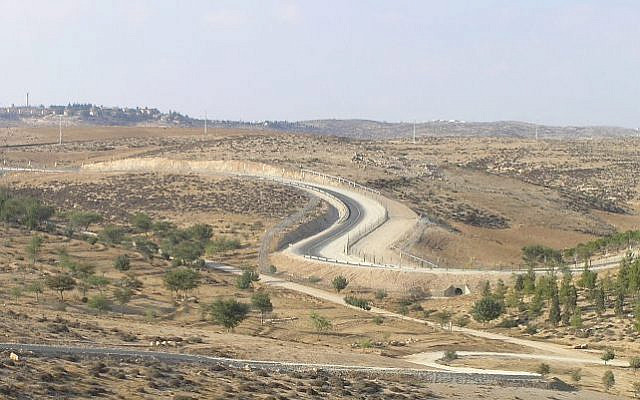 On July 1st, Prime Minister Benjamin Netanyahu intends to begin the process to annex the Jewish settlement blocs and the Jordan Valley portion of Area C.  Thereafter, in accordance with the Trump plan, he will commit to a Jewish residential building freeze in Area C territory beyond the settlement blocs.  Is this the best strategic move to advance the interests of the Jewish State – or is it a historic blunder that will virtually guarantee the creation of a Palestinian state in the heartland of Judea and Samaria?

Let’s do the math.  Area C comprises approximately 60% of the area known in the international community as the West Bank (the area many Israeli Jews refer to as Judea and Samaria).  The Palestinian Authority of Areas A and B has effective autonomy over the remaining 40%.

Though there is some dispute as to how many Arab residents reside in Area C, it is quite clear that the Jewish residents are an absolute majority. If, therefore, a referendum were to be held today among all residents of Area C, in regard to the issue as to whom should have the ultimate say on the fate of Area C real estate, it is likely that the residents of Area C would choose themselves to be the most legitimate stakeholders.

So, then, what’s the big deal about annexing the Jewish settlement blocs?  Well, most of the Jewish residents of Area C reside in settlements a few miles beyond what is known as the Green Line (which was the 1949 Armistice Line between the Israelis and the Jordanians, delineating the border between Israel and the West Bank).

In the event Prime Minister Netanyahu moves ahead with the annexation of those settlements, he will effectively take them out of Area C and move them into the State of Israel.  While the settlements nearest the Green Line contain the bulk of the Jewish resident population of Area C, they comprise a comparatively smaller Jewish residential territorial footprint across Judea and Samaria. In practical terms, this means that Netanyahu is effectively moving to ensure that the Arab residents will comprise the resident majority across the bulk of Area C.

Now, if I were a lawyer advising the Palestinian Authority, I would say that this would be a great opportunity for making out both a moral and legal claim for incorporating up to 80% of the West Bank into a Palestinian state, including the bulk of Area C.  Once the Arab residents comprise an absolute majority in the unannexed portions of Area C, it would be much more difficult for Israel to keep these areas off limits to further Palestinian residential expansion.

And that includes the sparsely populated Jordan Valley, even if it were to be annexed.  On the Israeli side, the annexation of the Jordan Valley means nothing more than the reservation of this crucial strategic area as a bargaining chip for future negotiations.

The Israeli government’s main concern is to maintain exclusive military control over the Jordan Valley.  Under the Trump plan, Prime Minister Netanyahu will agree to freeze all Jewish settlement building beyond the settlement blocs, and that includes the Jordan Valley.  Over time, the Palestinians will be able to grow their resident population across the Jordan Valley, while the remaining Jewish community will become progressively drained of infrastructure and residents.  Over the long-term, a Palestinian resident majority in the Jordan Valley would have increasing suasion to pressure any isolated Israeli military garrison in this area.

We have seen how this demographic pattern worked in the Gaza Strip:  once the Palestinians are able to sufficiently cohere together in one area, they have a greater ability to isolate beleaguered Jewish settlements and Israeli military garrisons.  This scenario would increase Palestinian opportunities for pressuring Israel to cede residential autonomy in the Jordan Valley to an eventual Palestinian state, likely in return for a time-limited lease arrangement for an Israeli military presence (which may be harassed over the course of the lease).

However, a larger and more ingrained Jewish residential population – across the Jordan Valley and the sparsely populated portions of Area C – would essentially frustrate Palestinian plans to consolidate Area C territory for inclusion into a Palestinian state.

Some supporters of annexation imagine that this move somehow advances Israel’s position to block the creation of a contiguously viable Palestinian state. But the application of Israeli sovereignty does not necessarily mean that these annexed portions will forever remain part of the State of Israel.  There is an international consensus – even, informally, among Palestinian diplomats – that under any workable final peace agreement, the settlement blocs nearest the Green Line would go to Israel in any case, with the expectation that Israel would otherwise compensate the Palestinians by ceding a comparable chunk of sparsely populated Israeli sovereign territory, in what would amount to a 1:1 trade.

Taking a broader perspective on the various positioning moves, the annexation of the settlement blocs – accompanied by Netanyahu’s agreed Jewish building freeze beyond those blocs – would therefore strengthen the Palestinian opportunity to declare a state around a contiguous – and contiguously expanding – residential population across Judea and Samaria.

While the window remains open, however, there exists a viable legal strategy to ensure that the Jewish resident population entrenches itself across Area C while simultaneously frustrating any Palestinian move to consolidate its autonomous authority into a contiguously viable Palestinian state.

The key is to leave the settlement blocs in place as part of Area C, and for the Jewish residents to hold a referendum open to all Area C residents – Jews and Arabs alike – to elect delegates to comprise an Area C Authority.

In practice, the resident Jewish majority would ultimately determine the complexion and collective goals of such an authority, while also positioning itself for making both a legal and moral claim to negotiate the fate of Area C territory.

Put simply, the better move is for the Israeli government to leave in place a majority Jewish population across Area C, and to encourage the democratic election of its residents into an Area C Authority that should be assigned the tasks of negotiating any economic and political arrangements with the Palestinian Authority of Areas A and B.

In the end, who better to determine the ultimate fate of Area C real estate than the duly elected authority comprised of the majority of its current residents?  The State of Israel is at a crucial legal crossroad.  It can either exploit a viable legal opportunity while it still remains open, or proceed to squander it for all time.

About the Author
James Cooper is a practicing lawyer in the Greater Toronto Area. He has written and spoken publicly on matters of interest to the legal profession and to the Jewish community at large.
Related Topics
Related Posts
Comments