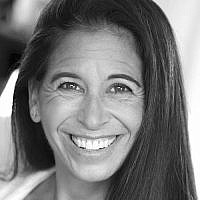 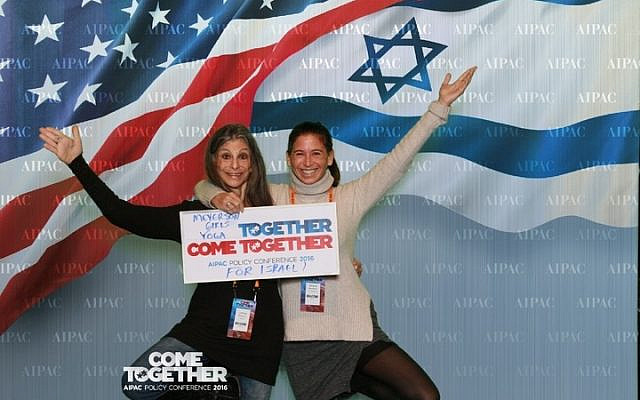 Let me start by saying that I am not a Republican. I think Donald Trump is a playground bully, an offensive narcissist, and an undiplomatic boor. And the best friend that Israel has ever had.

Now that Biden is taking ownership of the White House keys, here’s what I think it will mean for Israel.

I’ll start with the good.

While, overall, I think Biden will rush as fast as he can out of the gate to redline as many Trumpian policies as possible, I do believe that he will maintain the US Embassy in Jerusalem. Not simply because it would cost tens of millions of dollars to move it back to Tel Aviv — there’s that — but because while the Jerusalem move was officially a Trump decision, US recognition of Jerusalem as Israel’s capital dates way back to 1995. The relocation did not represent a break in policy from previous Administrations.

Let me save you the trouble of the math and history. Yes, it was already official US policy to recognize Jerusalem as the undisputed and undivided capital of Israel while Obama…and Bush…and Clinton were presidents. And, yea—I mean, yes—Senator Joe Biden voted in favor of the Jerusalem Embassy Act in 1995. So, there is no reason to believe that he would reverse course now.

Overall, I do believe that Biden has proven himself to be a friend of Israel throughout his career. He does have that one small blemish on his record that I will call the Obama Administration but, as he is correct to assert, Biden is Biden, not Obama, and his presidency will be his own, as well.

Or at least his and Kamala Harris’s.

So, let me take a quick detour into HarrisLand, as it is very telling of both the woman and the party she represents.

When Harris was a freshman Senator, she took mainstage at AIPAC Policy Conference to pledge her undying allegiance to the US-Israel relationship. Fast forward to 2020 when she made a big public show of boycotting the annual gathering…and then proceeded to meet behind the scenes with the organization’s top brass. Opportunistic two-faced maneuvering at its finest. But, that’s politics!

Now, on one hand, you can say, “See? She really does support the US-Israel relationship!”. But then there’s the other hand. Why did she feel like it was in her political best interest to disavow herself from AIPAC (read: Israel)? Plain and simple: because the Democratic Party has shifted dramatically away from Israel the past couple of years and the trend is frighteningly stark (hello, Squad 2.0). These days, if you want to make broad inroads with the Blues, you can’t love Israel…at least not in public.

Of course, many are quick to point out that Second Gentleman (sort of has a ring to it!) Douglas Emhoff is Jewish so, of course, Kamala will have the Jewish community’s best interests at heart. The same argument that they make vis-à-vis Nancy Pelosi (who also snubbed AIPAC in 2020) and her beloved Jewish grandchildren. Keep in mind that 70% of American Jews are registered Democrats and perfectly willing to support a party that is increasingly hostile towards Israel.

And as much as I would like to believe Biden is his own man, ultimately, he is beholden to his party and you can be sure that the far left elements are going to hold his exhausted feet to the fire when it comes to Middle East policy.

Sure, Uncle Joe addressed the AIPAC crowd of almost 20,000 potential supporters in 2020. But he also courted (and received the endorsement of) J Street (AIPAC doesn’t endorse political candidates). That’s like addressing the NRA one day and Sandy Hook Promise the next. And while conventional wisdom plops Biden a little more in the AIPAC camp than J Street (maybe weekdays at Camp A and weekends at Camp J), the Dems are sure to drag him down the Street as much as possible.

When it comes to the Palestinian Authority, Biden wasted no time in reaching out to them (even before winning office) to open the channels of communication. It is no secret that he intends to reestablish diplomatic relations with the PA, welcome the PLO back to DC, and, likewise, restore financial assistance. Pay ye no mind to the Pay-to-Slay policy that the corrupt Abbas Administration has repeatedly refused to renounce. America will gladly step in and proffer “aid” to be redistributed to the families of terrorist “martyrs” who sacrifice their lives to murder innocent Israelis.

For certain, Biden will also return to the dead-in-the-water strategy of urging bilateral talks between Israel and the PA which Just. Isn’t. Going. Anywhere. And never has.

Trump turned the tides of Middle Eastern relations and created a completely new calculus with the Abraham Accords. Who would have ever anticipated not one, not two, but three Arab States (and reportedly up to ten more in the wings) making peace with the Jewish State???

This new outside-in approach to Middle East peace garnered immediate and tremendous momentum behind it, applying pressure on the PA to come to the table for its own long-term viability. Chances are that as more nations joined the pact, Abbas would eventually have no choice but to seek peace with his Jewish neighbor. It is most unfortunate that the advent of the Accords unfolded just months before the US election, leaving the future of further agreements to flounder with fate. And if Biden doesn’t assume the reigns as orchestrator of ongoing relations, it remains to be seen what will become of the UAE, Bahraini, and Sudanese promises, to boot.

Finally-not-finally, there is the JCPoA. The pink elephant in the room that I will include in how Biden will bide in Israel, but really portends disaster for the whole Western World.

Biden’s strident eagerness to return to his old boss’s disastrous nuclear deal with Iran, the world’s number one state sponsor of terror, is a total disgrace. Not only will it pave the way for Iran to acquire nuclear power, but the US and EU will actually pay for it.

It’s not the first time that Biden (er, Obama) has completely thrown Israel under the bus (hello, UN Resolution 2334). And, it’s fair to assume it will not be the last.

It is no secret that Iran vows to wipe Israel off the map on the daily. Oh…and they vow to destroy America, too.

All these long-range missiles that Iran has been developing…? You think they are intended for Israel? The shortest distance from Iran to Israel is just over 1000 miles. Iran has already unveiled systems that can cover that range.

So, who do you think is the intended target of their longer and longer-range missile development? Give you a hint. It’s not Israel.

While Trump Derangement Syndrome has clearly seized the minds of Biden and his party, I fear that their retribution efforts against The Donald will wind up shooting America in the foot, and Israel in the heart.