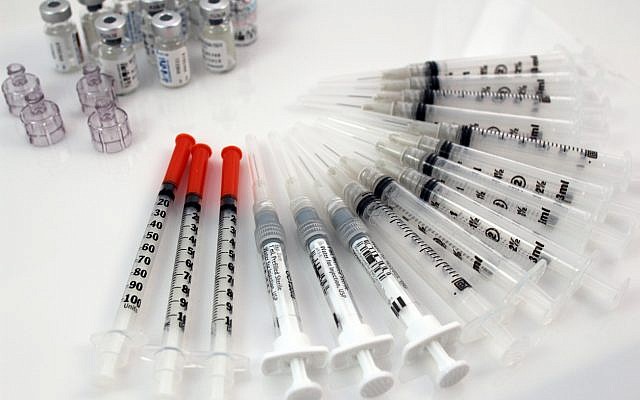 I have a lot of respect for Rabbi Eliezer Melamed, whose work “Peninei Halacha,” has helped Torah-observant Jews around the world to better understand whole sets of Jewish law. I also admire the recent stance he has taken on vaccines.* That’s why I was excited to read his piece “The Mitzvah of Pru Urvu Requires Effort.” I thought it would be a piece encouraging couples who feel they need medical help, to not be afraid to seek it out. Instead, it was a piece proclaiming that couples are OBLIGATED to seek out treatments. I plan on going through the piece,  and responding point by point:

Rabbi Melamed claims that a couple is halachically obligated to “do everything acceptable according to medical practice” in order to have children. First of all, I’m not sure it’s always halachically correct to order someone to undergo medical treatments in order to fulfill a mitzvah. For example, if someone suffers very bad dehydration every Yom Kippur and winds up fainting in synagogue and being forced to drink a sip of water, it would not be mainstream to tell this person that from now on, they must check themselves into a hospital every Erev Yom Kippur, at their own expense** and remain there for 25 hours hooked up to an IV, so that they don’t need to drink. Maybe they should have to undergo this relatively inexpensive, non-invasive medical intervention in order to fulfill the Torah commandment of not eating on Yom Kippur — a negative commandment of the highest severity! But that’s not the mainstream opinion.

In the case of pru u’rvu, not fulfilling the mitzvah would not be a case of transgressing a negative commandment, but rather, of failing to fulfill a positive one. Can we really tell someone that she must undergo potentially very expensive, very invasive medical treatments in order to do so? I would argue that a couple who can’t conceive naturally are considered “oness” — they aren’t capable of carrying out the mitzvah of pru u’rvu, and therefore, are not liable for failing to do so. Furthermore, without a definition of what “everything acceptable according to medical practice” is, I’m afraid the rabbi may be pressuring couples into undergoing an excessive amount of treatments, invasive treatments with low success rates, or “out there” treatments, since one can nearly always find a doctor who deems the next phase of treatments “acceptable.” This piece could be used by one spouse to pressure another into further treatments.

I think at the very least, there should be a clear line: “If you’ve done three rounds of IVF, you’re oness” or “If you’ve undergone a few rounds of treatment, you may be oness — talk to your LOR (local Orthodox rabbi).” Rabbi Melamed also claims that “even treatments that are not included in the regular health insurance, if most people who want to have children use them, they must be done even if they are expensive, in order to fulfill the mitzvah of pru u’rvu.” This blatantly disregards the principle of “chas Hashem al mamono shel Yisrael” — God worries about the money of Israel — i.e., the mitzvot were not meant to be a heavy financial burden.

First of all, the rabbis made a very conscious decision to not  make women obligated in pru u’rvu. According to the Meshech Hochmah,*** this is because to do so would violate the principle of “Her ways are ways of pleasantness and her paths paths of peace,” which precludes halachically obligating a person that which their body cannot stand, such as childbirth, which is dangerous and life-threatening for women. Even today, when pregnancy and childbirth are much safer, they are still potentially life-threatening. The Shulhan Aruch and the Rema,**** both written after Takanat Rabbenu Gershom, obligate only men in pru u’rvu. Jewish marriage and divorce law in Judaism are incredibly unequal across the gender divide; I believe that Takanat Rabbeinu Gershom was meant to address this inequality.

Insisting that the takana comes with extra obligations for the woman, undoes the takana’s purpose — to slightly even out the balance of powers between the genders. Even if one does not share my interpretation, they should be worried about the implications of Rabbi Melamed’s statement: If the Takanat Rabbenu Gershom is a mutual agreement that “I, the husband, agree to no other wife, in exchange for which you, the wife, agree to take on my pru u’rvu obligation,” and the wife decides that she can’t bear another round of treatments even though her husband wants to keep trying, is that agreement now void? Can her husband now take a second wife without giving his first wife a get? Interpreting Takanat Rabbenu Gershom in this manner could have dangerous and far-reaching halachic applications.

First of all, according to the Shulhan Aruch, one is only obligated to have two kids (a boy and a girl) to fulfill this mitzvah, so mandating 4-5 from the get-go strikes me as a chumrah (stringency) and should be acknowledged as such. Second of all, for a couple that needs IVF for every child, or a woman who has hyperemesis gravidarum with every pregnancy, etc. this instruction can take a huge toll on the woman’s physical and mental health. Asking those women to have four children would be asking them to violate the biblical commandment of “ve-nishmartem le-nafshoteichem me’od” — to carefully safeguard one’s mental and physical health — in order to fulfill the mitzvah of pru u’rvu.

Furthermore, since pregnancy and childbirth are still life-threatening, and fertility treatments may sometimes increase risks of certain cancers or require general anesthesia***** being stringent with regard to pru u’rvu means taking a lenient stance with regard to pikuach nefesh (the injunction to safeguard one’s health). Of course, some women have an easy time with conception, pregnancy, and childbirth. But making a blanket statement that all women are halachically obligated to have 4-5 kids, without acknowledging how difficult and dangerous this may be for some women, may result in women putting themselves in dangerous situations. It puts the onus on them to have the courage to approach a rabbi for permission — as a matter of fact, reading the article, at face value, one could be forgiven for assuming there was no point in approaching a rabbi, because there’s no room for permission out there. Additionally, some people find two kids to be very difficult to cope with, and telling them they must have two more could be a serious blow to their mental health and their marriage.

I thought, when I saw the words “hidur mitzvah” — beautifying the mitzvah — it was going to discuss raising the kids. But no, the hidur — beautification — is to have even more kids! After just telling a couple they need to have at least four kids, you’re telling them it’s even better if they have more.  That’s a lot of pressure. Now, a couple that considers themselves “mehadrin mehamehadrin” in their general mitzvah-observance might be silently mourning that they were never able to be “mehadrin” in pru u’rvu, because they have “only” five kids.

In general, I found five halachic values in this piece to be lacking:

If you’ve tried everything and it failed, you’re not completely bereft of fulfilling any aspect of this mitzvah. It would be nice to end with a list of childless Torah scholars, or, even a reminder that there are 612 other mitzvot you can fulfill, and that you can be a good person and a good Jew even if you don’t have kids. But I guess the entire point of his piece is that you CANNOT be a good Jew if you don’t have kids — which is perhaps the most upsetting thing about it.

*He believes parents are obligated to vaccinate their children.

** because why would this be covered by insurance?

*** His commentary to Parshat Breishit, paragraph 19

****** In the Sotah ceremony, which is biblically mandated, God’s name is put in waters which are drunk by the suspected woman, and thereby erased. The Talmud explained that God permitted for His name to be erased, in order to create rapprochement between the jealous husband and his wife, which is what the Sotah ceremony is meant to accomplish.

****** The official reason for extending the laws of pikuach nefesh is “ways of peace” -i.e. Of maintaining peace between Jews and gentiles. The source of  principle of only enacting gezeirot that community can withstand is Masekhet Avodah Zarah, 36. Maimonides says this in Hilchot Mamrim, 2:6. For  an example of human dignity overriding a negative commandment, one may pick up a rock on Shabbat in order to use it as toilet paper, even though in general, picking up rocks would be forbidden on Shabbat. For a great book on human dignity in halacha, I recommend  Rabbi Daniel Sperber’s Darka Shel Halacha.

******* The Meiri on Hullin 49: quoted in “Darka shel Halacha” by Rabbi Daniel Sperber. Translation my own: Any time a teaching comes before a scholar and he has the ability to allow something with ease, without it being a source of debate…it is not good to be overly pious and to dwell too much on the stringencies. Rather, the scholar should concern himself with the financial welfare of the Jewish community, just as the Torah concerns itself with the financial welfare of the Jewish community.