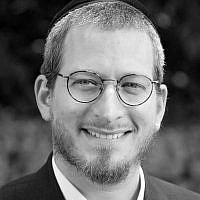 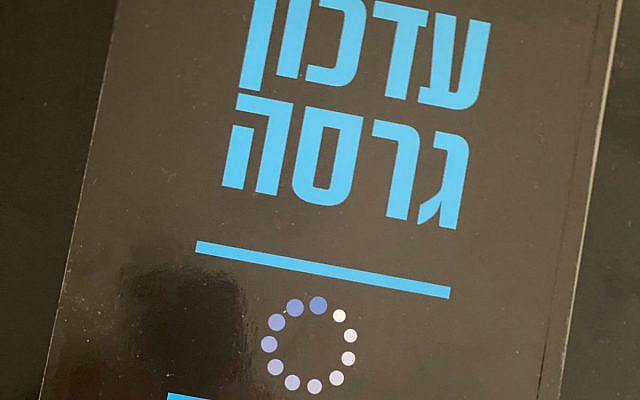 Last week, as I was downstairs emptying my trash can, my neighbor, a man in his 50s approached me awkwardly and said almost inaudibly, “I haven’t had a trash can to empty in a week.” In all my naivete, I thought he meant that he didn’t have a physical trash can and so I offered him an unused one that I had at home. He threw me an embarrassed look and asked me if I could also bring some food with the trash can. Horrified, I realized at that moment that he was telling me that he hadn’t had a trash can to scavenge for food.

My heart ached for him. After taking him to the supermarket and making sure he had everything he needed for his family, I told myself that I had to do something more, beyond helping one man, one family. I spent the coming days, after my afternoon with him, thinking about poverty and its impact on Israel’s future and resilience.

The ugly truth is that my neighbor, a Haredi man in his 50s, has no real options to acquire a profession that can improve his financial situation. In fact, he is just another statistic in the depressing reports published by the National Insurance Agency, in which 61 percent of the Haredi families in Israel are defined as poor, meaning they earn less than NIS 2,811 ($863) per person per month.

This sad reality has serious consequences, not only for the families themselves, but also for the general welfare of the State of Israel. Time is running out as we are approaching the point of no return, that point being a poor and divided Israel. Our national pride will fade, and the country might not have funds to properly equip our soldiers, a challenge we recently witnessed in Ukraine.

It should also be said that, since the outbreak of COVID-19 two years ago, there has been a further decline in the number of employed Haredi men, bringing unemployment statistics to 48% amongst Haredi men. A further deep concern of mine is the deterioration in relations between the Haredim and the general public. The growing frustration among the general public, because they feel they are carrying the burden of the state alone, is deepening the rift.

I believe with every fiber of my being that the fundamental and most significant solution is revamping the Haredi educational system, a movement that we are leading at the Netzach Educational Network. On the one hand, we provide our students with outstanding Torah education, empowering them to remain strongly connected to their fundamental values and Torah observance while simultaneously preparing them to attain their bagrut (matriculation) certificates and equipping them with the tools to make alternative choices, compete for quality employment, and pursue higher education.

But, as I pondered the situation, I surprisingly found very interesting observations in a new book, Version Update, by former MK Roy Folkman (who was the chairman of Moshe Kahlon’s Kulanu party). These are three insights I gleaned from the book and which, I believe, have the power to reduce the widening gaps between Israel’s Haredi society and the rest of society, and provide a map to securing a prosperous future for Israel in the coming years.

The first thing is the recognition that there is a state and that it is more important than its leadership. Folkman talks about the fact that, in recent years, more and more people have lost faith, not only in the leadership, but also in the institutions of government. In fact, he talks about a direct correlation between the level of public trust in government institutions and the GNP. This is where Haredi society enters into the equation, with political leaders who work to strengthen segregation, mainly through the promotion of sectoral interests. This harms the resilience of the state as a whole.
This question of faith/trust in leadership and institutions leads me to the next point, a practical step that has the power to strengthen the level of trust among Haredi society — namely, the integration of Haredim into the professional workforce, and from there, into the public sector. Folkman specifically points to the need for a balance of professionals in the public sector as foundational for a healthy state.  A progressive state and society require a professional rank that is judged by its capabilities and not in its political affiliations. So, in order to establish a common narrative, more and more Haredi professionals need to join the ranks of the public figures and leaders.
Finally, the establishment of a lobby for the creation of broad agreements should be promoted. The danger of extremism is a concern that Folkman addresses at length in his book. The tendency of contemporary politics is to create camps on opposite sides of the spectrum and a political culture that focuses on emphasizing differences and widening gaps. The media, when talking about leadership, uses terms like “enemies,” “rivals,” and “detached.” But the essence of democracy is rather to seek compromise and move towards agreements. We must focus on developing a discourse that promotes consensus and not succumb to the populism of party leaders peddling polarization and extremism.

I believe that anyone who is interested in our future as a Jewish society in a rapidly changing world should read Folkman’s book. The tensions and gaps that are dividing us are not set in stone and do not have to determine our future. We must return — all of us together — to the values ​​that accompanied the sages of Judaism throughout the generations: demand moderation, find the middle ground, and most importantly, tikkun olam wherever it is required!