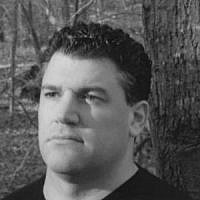 The Blogs
Adam Harmon
Apply for a Blog
Advertisement
Please note that the posts on The Blogs are contributed by third parties. The opinions, facts and any media content in them are presented solely by the authors, and neither The Times of Israel nor its partners assume any responsibility for them. Please contact us in case of abuse. In case of abuse,
Report this post.

Yes, the Iranians got everything they wanted and the US capitulated on the red lines they identified at the outset – when they were trying to convince you to trust them.

Yes, the United States has abandoned you – its traditional allies in the Middle East.  And you can make a cogent argument that this agreement runs counter to US and European strategic interests, but this administration will never agree with that assessment.

But it’s time to stop complaining, because the decisions made by the Obama administration won’t be reversed. It is highly unlikely that Congress will come to the rescue – even though a recent CNN/ORC poll finds that a majority of Americans want Congress to reject the deal.

Politicians are gearing up for the next election, Democrats won’t hand Republicans a strategic victory – especially given that Hilary Clinton has endorsed President Obama’s plan.

And even if a Republican is elected President in 2016, US engagement and projection of force in the Middle East is a thing of the past. President Jeb Bush will not want to be the third Bush to launch a major military operation in the Middle East. President Hilary Clinton won’t put boots on the ground either. And even if the world experiences a President Trump, US direct intervention is a thing of the past – which must make Japan, South Korea, and Taiwan nervous.

Whether intentional or not, the US is enabling Iran to solidify and expand its power in the Middle East. The US, British, and French will gladly sell Egypt, Israel, and Saudi Arabia more weapons, but no one is going to sacrifice American lives to ensure Middle East stability. The Carter and Reagan Doctrines are no longer in effect.

To successfully counter current and future threats from Iran, Iranian clients, and ISIS, Egypt, Israel, and Saudi Arabia should establish an Emergency Action Group. The Group would be narrowly focused on creating a bulwark against Iranian aggression.

Yes, Saudi Arabia and Egypt you both just entered into a security agreement. That is great, but with all due respect – your capabilities, even when combined, aren’t enough to blunt and reverse the Iranian ambition to achieve regional hegemony.

For that, you need Israel’s military and intelligence capabilities.  It is understandable that leading Arab countries are reticent to engage directly and publicly with Israel – given that the Israeli-Palestinian conflict isn’t resolved.

But stopping Iran is more important and teaming with Israel is the best way to counter current and future Iranian power grabs.

Everyone would agree that The Group is not designed to engage in or attempt to solve larger, more complex regional issues like the Israeli-Palestinian conflict. Nor should this engagement necessarily lead to formal diplomatic recognition of Israel, economic integration, or diplomatic normalization between the Arab world and Israel.

The Group should focus solely on developing and delivering a clear set of diplomatic and military initiatives based on a principle of mutual defense and regional stability.

It is not hard to argue that the US and other global powers are directly responsible for the instability and the violence we see in the Middle East today. They have no moral right to make agreements that impact the lives of millions.

Regional leaders in Egypt, Israel, and Saudi Arabia have the moral right and an obligation to take steps that will make their citizens and the region as a whole more secure. Working together, they can challenge Iran, win, and remake the Middle East based on the interests of the people who live in the region.

It’s a big geopolitical shift. It would not be easy – in part because vocal citizens in Egypt and Saudi Arabia would not want their countries to engage directly with Israel. It would take leadership and determination. But if you don’t want the US and Europe calling the shots – then you’ve got to step up and make the hard choices.

About the Author
Adam Harmon is the author of Lonely Soldier: Memoir of an American in the Israeli Army. He served with the Paratroopers and a Special Operations reserve unit for 13 years. He has provided consulting services for the US Defense and Intelligence community since 2003. And he's been a guest on numerous CNN, Fox, and NPR programs - sharing his insights regarding the Arab-Israel conflict. His forthcoming book - Unstoppable: Making Success Inevitable By Adopting the Unique Culture of the IDF - details a revolutionary approach to building and leading organizations that is based in part on the IDF and the best practices he experienced working at leading global corporations.
Related Topics
Related Posts
Comments