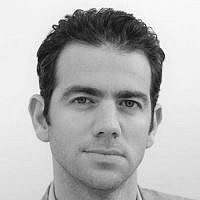 The Blogs
Daniel Ravner
CEO of Ravner - International Marketing Agency
Apply for a Blog
Please note that the posts on The Blogs are contributed by third parties. The opinions, facts and any media content in them are presented solely by the authors, and neither The Times of Israel nor its partners assume any responsibility for them. Please contact us in case of abuse. In case of abuse,
Report this post. 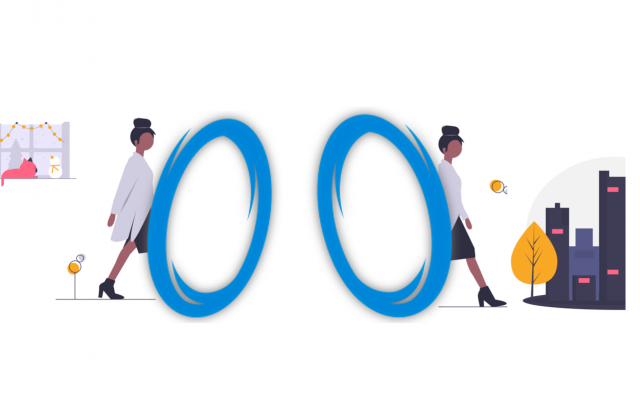 Trying to put order into great transitions (as the one we’re experiencing now), there’s no escaping articles that discuss “how zoom is changing the classroom” or “how work-from-home is changing the workplace.” Since we’re after the vantage point of a broader context, I wanted to try and offer one that’s further down the line….

“Teleportation is the hypothetical transfer of matter or energy from one point to another without traversing the physical space between them. It is a common subject in science fiction literature, film, video games, and television.” (from Wikipedia)

(Yes, I’m taking a stab at Sci-Fi to say something about business, marketing, and people today.)

What was once only privy to the Fortune 500 board of directors is slowly seeping its way to the C- and mid-level management in companies across the globe. While teleportation has been with us for a while now, what really drove its increasing adoption is the advent of “homeports” – a relatively mobile access portal that allows a London employee to make it to a meeting in Rio in less than a second.

Currently priced at $113,000, homeports are expected to drop significantly in cost over the coming years. More affordable homeports will boost the accessibility and therefore popularity of teleporting, which is expected to become everyone’s favorite mode of transportation.

Imagine five years from now, traffic jams can be eliminated.

However, we can already catch a glimpse of how that life looks, thanks to the 176,000 homeports currently in use. Take Clara Chan, VP of regulation at Bismark Gmbh, for example.  She started working in the company’s New York offices earlier this year. It was a big move up the corporate ladder for her, and the company was willing to finance her homeport and a monthly pass. This allows her to still live in Hamburg, Germany, where her children go to school and her spouse works part time as a nutritionist.

According to Clara’s husband, Mark “The time difference has created a new life for us. When Clara finishes work in NY, it’s after midnight here. We wake up together, try to make the most out of mornings, and she goes to work in NY in the afternoon. I miss our evenings,” he says, to which Clara replies, “I miss mine.”

The teleportation industry has seen amazing growth during the past three quarters. While many quantum startups flooded Silicon Valley a decade ago, only two companies emerged victorious from the race for dominance, mainly through M&As. To some, this raises the fear of a duopoly.

However, the companies themselves disagree. Off the record, a Tesla exec told us that “like Boeing or Airbus, we just sell the technology, the travel remains with the travel companies, and as we know, it’s a very competitive market.”

As further proof of the industry’s growth, a step towards a more encompassing vision was announced in February by Disney Parks. Their “port in every city” allows people to enter Disneyworld from anywhere in the world. A similar venture is underway from the Las Vegas Casinos Association. While this expansion seems to be gaining traction, there may some speed bumps to slow it down.  There seems to be a major pushback for the so-called “Jackport” from countries where gambling is illegal. Time will tell how it plays out.

So how does ‘global promotion’ looks from Clara’s point of view?

Her meeting calendar, much like that of the company’s leadership, is divided among many countries. As the company gears for Q4, it’s not uncommon for her to start her day in the Sydney, Australia, office and move, with the sun, to boardrooms across the globe. “Eliminating travel freed up a lot of wasted hours that can be put to better use,” says Clara. “Somewhere in the world there is always a meeting that can benefit from me being there.”

It seems that the borderless world, which never came to fruition by way of global politics, is naturally forming through the power of global economics.

Clara said that without her monthly homeport pass, life would be harder. With teleportation, she can come back home and tuck her kids in bed during what is considered to be the middle of her workday. Though she and her husband spend their evenings apart, they make up for it in shared brunches. They make it a point of having a monthly date night in different countries around the world. “We can now see our favorite artists in concert, wherever they perform,” Clara says.

“The more things change, the more they stay the same,” Alphonse Karr.

Innovation has marked the advance of mankind and, as time goes by, the rate of innovation only increases. This leads to uncertainty, and uncertainty is probably one of the hardest things to cope with, in life and in business. There is one constant, though, that you can always count on – people.

Over the centuries, human nature hasn’t really changed. Just look at the stories that define us – their construct has always been virtually the same. As such, I feel that this practical insight can serve you in your marketing efforts. Whatever new platforms, new technologies, or new buzzwords take hold; you can always navigate them using human nature as your North Star. There is always one person at the other side of a marketing message and despite his/her complexity, we can rely on the fact that we know him/her, at least as well as we know ourselves. And his/her humanity is timeless.

About the Author
CEO of Ravner - an international marketing agency for startups and SMB and founder of the award-winning The Perspective. Daniel is a veteran of the content, media and marketing worlds. His former roles include being Head of Digital at Armoza Formats, VP content at The Box and creative director of Screenz. Daniel was selected as one of the Globes’ “40 under 40”.
Related Topics
Related Posts
Comments