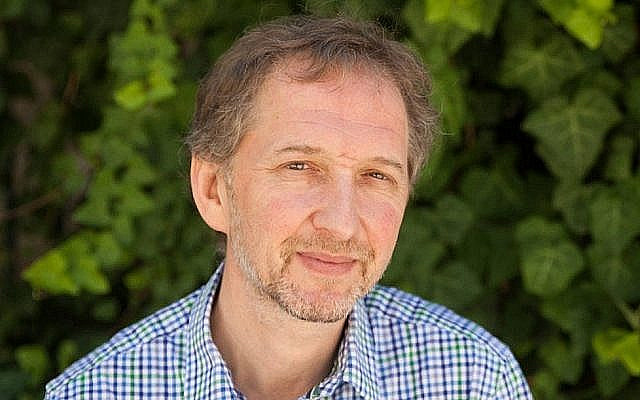 I just wanted to say thank you.

I had recently written my two hundredth article in the Times of Israel blogs section, which gave me pause to think of what a journey it has been. Remembering the buzz around this new site that was also wide open for blogging, the variety of topics covered among its pages, and the vast width of writers who contribute to its pages–from world leaders to thoughtful lay leaders and students–everyone has a place.

I also reflected on what those blogs have meant to me. Growing up in Israel, I was placed in the lower English group in an Israeli religious public school despite speaking English at home. Our teacher was Ms. Homnick, a lovely woman who shared with us the events that were not too far in her past–her surviving the Holocaust by growing up in the Theresienstadt ghetto and eventually being given to a non-Jewish family and staying.

While it took some time and building confidence in my writing, finally, I ended up publishing my first piece in the Times of Israel, and since then, it has been a delightful trip. Being able to exchange ideas and interact with so many others–crossing the span of age, location, religious affiliation, and political leanings, has been a true privilege. Never did I dream that my thoughts on the Parsha would be shared in French, an article I wrote would spike meaningful conversations among Jewish leaders on improving Jewish education, sound the alarm loud and clear against a BDS-supporting candidate for congress in a heavily Jewish area, give hope to those struggling with infertility, or any other number of issues.

At times when the Jewish people face rapidly developing issues that don’t allow for the usual wait time, traditional publications require, the Times of Israel has been the place to provide a platform for timely and much-needed communal conversations. The ability to give voice to a plethora of representatives from various parts of the political spectrum has also allowed our community to not delve into our own echo chambers–something that usually leads to further polarization–and gave us space to talk to one another.

Sometimes when you look at a piece of art, you get to see who the artist behind it is. David, we never met, but I want to tell you: you are a real mensch. Thank you for your kindness and for creating this space. Thank you for everything you have done to bring our people together and make this sacred shared space.