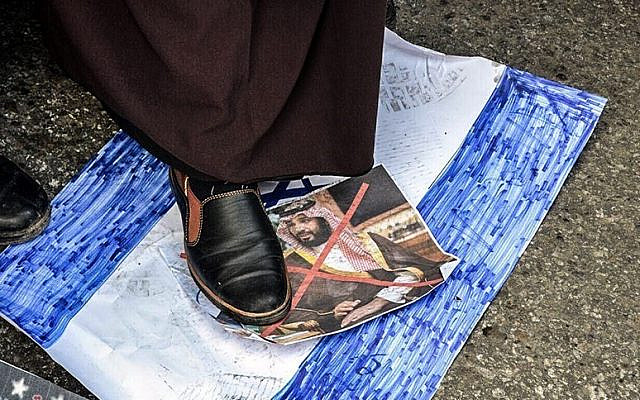 They have been — and specifically speaking of MBS (Saudi Crown Prince Mohammed bin Salman) — found guilty by U.S. Intel in the murder or political assassination of WaPo’s so-called, and called posthumously, “columnist”, Jamal Khashogghi. After 73 years, they refuse to recognize Israel as a sovereign state and henceforth will probably not be signing onto the multilateral and ever-growing Abraham Accords anytime soon. Nevertheless, now is not the time to create and implement sanctions against Riyadh as a punishment, even if it is in the name of ‘human rights’. 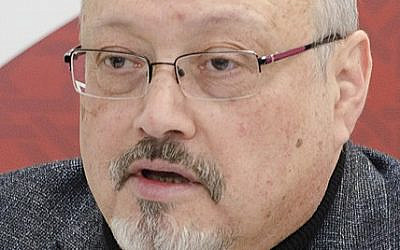 Currently, the Israel Defense Forces (IDF) and all the more so, the United States military, in the Fertile Crescent (Iraq, Syria, et al.), is under almost constant attack by Iranian proxy militias who, most of the time, fire rockets from ground terrain vehicles at Iraqi-U.S. joint bases, (except one mysterious attack on an Israeli civilian cargo ship at sea in the Gulf of Oman, last week). While, believe it or not, there seems to exist, a relatively nonconformist, by Iranian standards, dovish, diplomatic element within the Islamic Republic, who wishes to, at once, re-sign onto the JCPOA (Joint Comprehensive Plan of Action) with U.S. President Joe Biden, it cannot and will not be able to control the mendacity of Revolutionary Guard brass, nor the pugnacity of these deadly Shiite militias and subgroups. 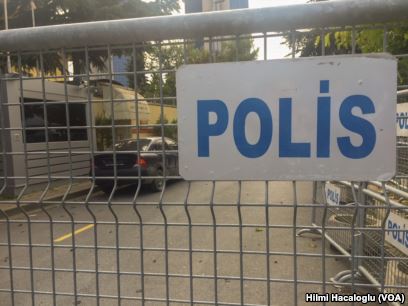 Front of the Consulate General of Saudi Arabia in Istanbul after killing of Jamal Khashoggi, Istanbul, Turkey; by Hilmi Hacaloğlu (VOA); (public domain)

Two Fridays ago, when the U.S. Intel report dropped, (ex-President Donald Trump’s administration withheld the report despite a 2019 law passed by Congress requiring its release), citing MBS as the mastermind for the crime which took place inside the Saudi consulate in Turkey, (supposedly with bone saws and acid) House Intelligence Committee Chairman Rep. Adam Schiff told CNN’s (and formerly the Jerusalem Post’s) Wolf Blitzer, “I would like to see the administration go beyond what it has announced in terms of repercussions to make sure there are repercussions directly to the crown prince,” said Schiff. “To me it’s discordant … to go after those who followed the orders but not who gave the orders.” 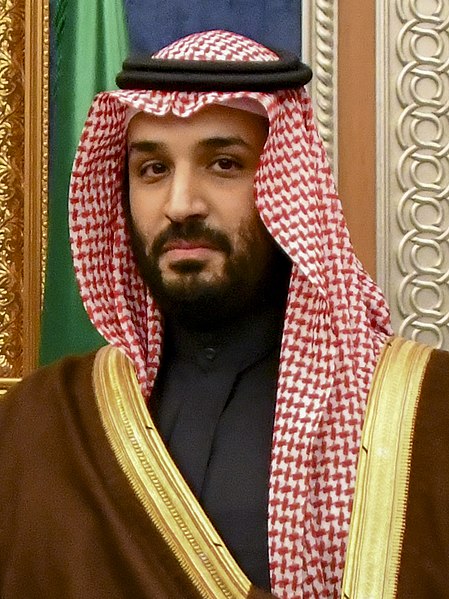 Saudi Crown Prince Mohammed bin Salman in Riyadh, Saudi Arabia, on January 14, 2019. [State Department photo by Ron Przysucha/Public Domain]
According to CNN’s Josiah Ryan, “shunning” and “banning entry into the United States” are among the possible punishments. So for those who do not want to see Biden risk pulling a foolish move and curtailing the supply of arms to the Saudis in their battle in Yemen against the Houthi rebels, (an issue that was on the table between Iran’s initial attack on a U.S. base in Iraq, during the early days of the Biden administration) all the Democrats really have in mind is a subtle slap on the wrist. And that, dear readers, is after all, a good and comforting thing. “I would like to see them do more,” Schiff told Blitzer, “I think that would be consistent with our champion of human rights and we can do so without bringing about a complete rupture of the relationship between the United States and Saudi Arabia.”

On March 3, 10 rockets hit an Iraqi base, stationed by joint coalition, Iraqi and American troops. Written on the Business Insider website, and gleaned from Twitter, was this: “Col. Wayne Marotto, a spokesman for Operation Inherent Resolve, the coalition fighting the Islamic State terrorist group in the country, said the rockets targeted the al-Asad Air Base in western Iraq at about 7 a.m local time.”

Not altogether different from the scale of Hamas rocket and missile attacks on southern Israeli civilian areas, there were no mass damages or casualties to report. The strike Wednesday morning could have been precipitated by one or both of two motives: a response to a U.S. bombing on Shiite Iranian military sites located within Syria that killed one fighter and injured two others, according to the Pentagon. “That operation was…carried out in retaliation for a deadly rocket attack on a U.S.-led coalition base in Irbil in Kurdish northern Iraq last month, as well as two other attacks…” reads a report in NBCNews.com. It could also have been a response to the Pope’s planned pre-Easter visit to Iraq.

Whether he follows the New York Times’ Tom Friedman’s wisdom or not, that MBS isn’t a murderer at all, that he is a really cool, hip, progressive guy, Biden has his hands full. The troops — and nobody would dear claim they don’t belong stationed as peacekeepers in the Fertile Crescent — are under frequent attack. But Biden and the United States military aren’t alone in this hairy situation. There’s action in the Jewish state, as well — same cause, different country, different battlefront. In response to the (presumably Hezbollah) Iranian proxy attack on the Israeli commercial vessel last week in the Gulf of Oman, Israel launched missiles into Syria which were intercepted over Damascus, Sunday.  “Since the outbreak of the Syrian civil war in 2011, Israel has routinely carried out raids in Syria, mostly targeting Iranian and Lebanese Hezbollah forces as well as government troops…” reads a sentence lifted from the British website, The New Arab. “The Syrian Observatory for Human Rights, a Britain-based war monitor, said the strike hit the area of Sayyida Zeinab south of Damascus, where Iranian Revolutionary Guards and Lebanese Hezbollah are present.” The name of the Israeli vessel was the MV Helios Ray, “a vehicle carrier”, according to the report in the New Arab. “Israel rarely confirms strikes in Syria, but the Jewish state’s army has said it hit about 50 targets…[in Syria] in 2020…Earlier this month,” continues the news report in the New Arab, “Israeli missile strikes against arms depots near Syria’s capital killed at least nine pro-regime militia fighters…”

The U.S. military currently maintains between 12 and 13 military bases in Iraq. There are six belonging solely to the United States Army: FOB Abu Ghraib; Camp Fallujah; FOB Grizzly Army Base in Al Khalis; Camp Justice Army Base in Kadhimiya; FOB Sykes Army Base in Ninewah Province and Camp Victory Army Base in Baghdad. Then there are five joint bases for U.S. and Iraqi troop coalitions: Camp Bucca Joint Operations Base in Umm Qasr; Cop Shocker Joint Operations Base in Zurbatiyah; Camp Taji Joint Operations Base; Joint Base Balad; Victory Base Complex Joint Operations, Baghdad. Then importantly, we list the lonely Camo Baharia Marine Corps Base in Fallujah, as well as the one sole Naval base: Muharraq Airfield (adjacent to Bahrain International Airport, Iraq). In Syria, the United States has only one remaining outpost, to public knowledge, the al-Tanf U.S. Military Base. There were originally some 1,500 to 2,000 U.S. Marine and Special Operations Forces located in Syria during the Arab Spring and the ensuing Syrian Civil War, extended across 12 different facilities, which were being used as training bases for Kurdish rebels, according to DefenseNews.com. These same U.S. troops withdrew from Syria to western Iraq in October 2019, according to BBC News, and this is probably the reason for there being a seeming surplus of U.S. troop presence in Iraq. But now they have renewed purpose. With remnants of ISIS (ISIL, IS, Islamic State) and even the al-Qaeda, kept at bay (somewhat), Biden ought to fight the Iranian presence in the Fertile Crescent until the last drop of blood. Meanwhile, it is up to Israel to preserve Democracy in Lebanon — away from the Iranian influence of Hezbollah — and to continue their blockade and measures against the Gaza Strip, so long as it is a breeding ground for Islamic Republic-bankrolled terrorism.