Israel is perhaps one of the most complicated countries on earth. After all, how many countries have their mere right to existence questioned? Besides Kosovo and Taiwan, among other small nations that may not receive recognition from other nations, Israel is the only country whose right to existence is not only questioned, but done so on a large and broad scale worldwide, especially in Western Society. Israel is the only nation that has an entire political ideology tied to its demise (Anti-zionism) save for nations that terrorist groups like the Islamic State (ISIS) want to seize for their radical Jihad ideology. An entire movement to end its existence has gained nationwide prevalence in America, with city councils and companies choosing to support the BDS movement.

Many criticize the colonial origins of places like Australia and Canada, but the mere existence of those countries isn’t claimed to be racist by individuals as well as the UN, who did so with Israel from 1975 to 1991, with the UN General Assembly Resolution  3379. From Ice cream companies to colleges, the political war against Israel is gargantuan in size. The proportion of this ideological battle is so grand, that Pro-Israel activists like myself, usually young Jews, rush to scramble and stamp out discrimination and deflect any and all criticism of Israel. There is one mistake in this, however. 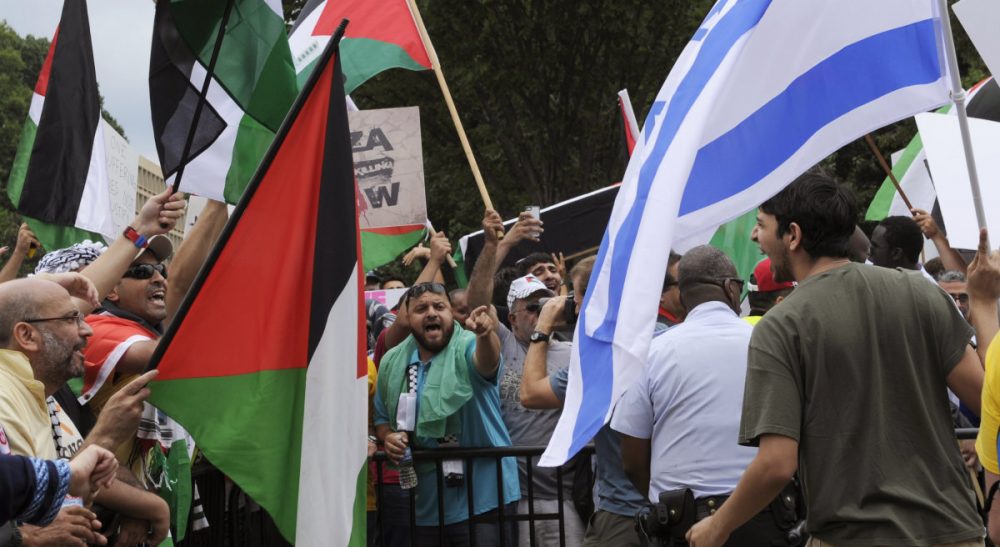 Pro-Israel and Pro-Palestine protesters yelling at each other during a rally near the White House in Washington D.C., Saturday, Aug. 2, 2014. (Credit: Susan Walsh/AP)

To explain this, I like to use a metaphor. Think of Israel Activism as an antibiotic, with criticism of Israel being the microbes. The antibiotic targets all microbes, both good and bad, and while it primarily eliminates the bad, it can also target the good ones. Israel Activism is quick to deflect criticism of Israel, and it almost always works positively to fight antisemitism and prevent double standards against Israel, but it can sometimes target positive criticism of Israel. Criticism that is not only valid, but also helpful and necessary to the Pro-Israel movement.

In an Israel Activism class I participated in, the instructor stated that being humble is one of the most important tools in activism. While Stephane Legar’s music and Malawach from the Shuk may be almost perfect, the State of Israel is far from perfect. While Israel almost always acts in defense, there have been instances of Israeli soldiers killing innocent civilians, or of the government acting wrongly. A clear example is the Kafr Qasim massacre in 1956, where a group of Israeli soldiers acting on immoral orders from superiors killed 48 innocent Israeli-Arab civilians. This is not a pretty chapter in Israeli history, but it happened. Denial of it is simply a fallacy and removes credit from activism. For truly effective activism, humility is key. Creating this false image that Israel is perfect is highly ineffective, and anyone with common sense can see that it is not true, with pro-Israel activism losing great amounts of credibility. While pro-Israel activism usually encompasses making sure the truth gets out, we must practice what we preach and be fully honest, even if that means sometimes admitting to Israel’s flaws. 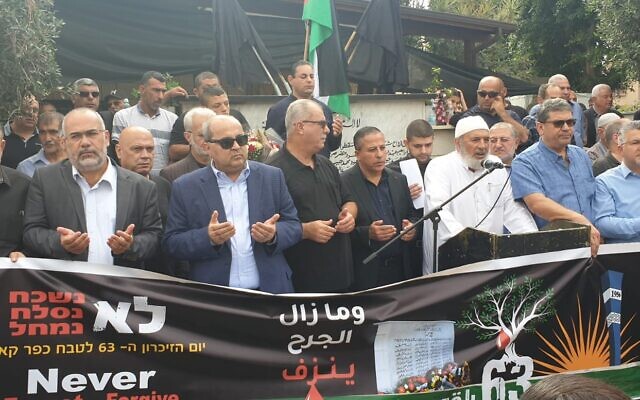 Joint List MKs participating in a memorial service in Kafr Qasim, Israel on October 29, 2019, to mark the 63rd anniversary of the 1956 massacre in which Border Police shot and killed 48 Arab-Israeli civilians. (Credit: Times of Israel, from: Joint List)

Criticism of Israel is not just sometimes valid, but it can also be helpful. When we love someone, we want them to be the best version of themselves possible, and that sometimes means critiquing them to help them improve. Israel may not be a person, but it is no different. I, like most Pro-Israel activists love Israel. Because of that, I want to make sure Israel improves as much as possible. I very often criticize aspects of Israeli policy. Does that make me Anti-Israel or even Anti-Zionist? I am an outspoken Zionist who is Israeli and just so happens to be a Pro-Israel activist. It’s hard to find an Israeli who agrees with everything the government does, so does that make every Israeli Anti-Israel? When Israel passed the Nation-State law, it received large amounts of backlash, including from high profile Israelis like Natalie Portman. I heavily disagree with that law, as do many Israelis. This disagreement is on the basis that this law, which is arguably anti-Arab, is hurtful to Israel’s progress.

While a small chunk of Israel’s criticism comes from Zionist or Pro-Israel people and groups, criticism almost always comes from the Anti-Zionist camp. Despite the source, this criticism should not always be fully rejected. A lot of times, listening to the talking points of the opposing side in an argument can offer insight into how to improve your side. While the contents of the criticism may be false and sometimes even problematic, the underlying themes, such as systemic racism and military violence, for instance, can be learned from. Learning from these themes and working to improve Israel by working on them is crucial to a stronger Israel.

Especially crucial are the voices of minorities in Israel, and even Jewish Israelis. These groups of people are the ones more directly impacted by the Israeli-Palestinian conflict, as well as the topics being debated by activists. Minorities in Israel consist of roughly 25% of the population. These minorities include Druze, Arabs, Circassians, and many other groups. They are citizens of Israel, and often serve in the army and perform national service. Some, like Druze and Circassians, are even legally obliged to do so. Their voices are incredibly powerful, as they offer insights into many of Israel’s positives and negatives, as despite Israel being a diverse and inclusive country, it is not without flaw. When they criticize something about Israel, we should all take a step back and listen. Similar can be said for Jewish Israelis. We make up 75% of Israel, but that does not mean we do not face any issues. Especially for those of us that live in Israel, life can be very often hard. As people who do not actively live in Israel, we need to listen to the voices of those who do, as they can also offer insights. 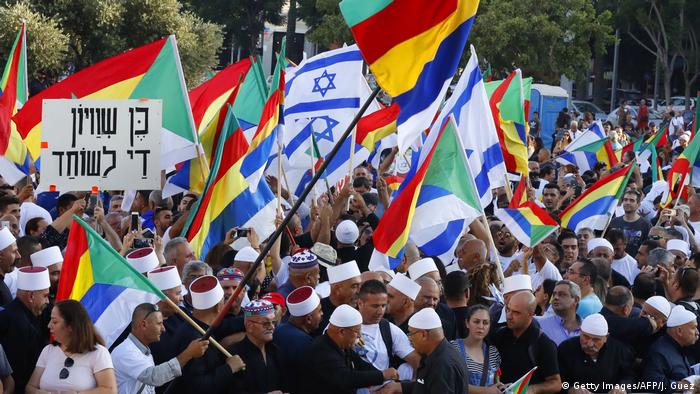 Druze Israelis in Tel Aviv protesting the passage of the”Nation-state” law, a law that many non-Jewish Israelis feel sidelines them. Druze led protests gathered thousands, including many Jewish Israelis who opposed the law. (Credit: DW, from Getty Images)

Another group whose voices must not be ignored is Palestinians. While relations between Israelis and Palestinians are far from amazing, they exist. Palestinians are the “other side”. While yes, Palestinian terrorists like Hamas and the Palestinian Islamic Jihad have little to no valid talking points, your average Palestinian often has the best insight into why people criticize Israel and what they feel is bad about Israel. Making sure to listen to Palestinians, even if you may not fully agree, is a fundamental step in dialogue, as it can help Israel take feedback and improve, as well as successfully help start open and constructive dialogue, with the end goal being both Israelis and Palestinians listening to each other. I have had an experience with this, and have even made a blog post about it. 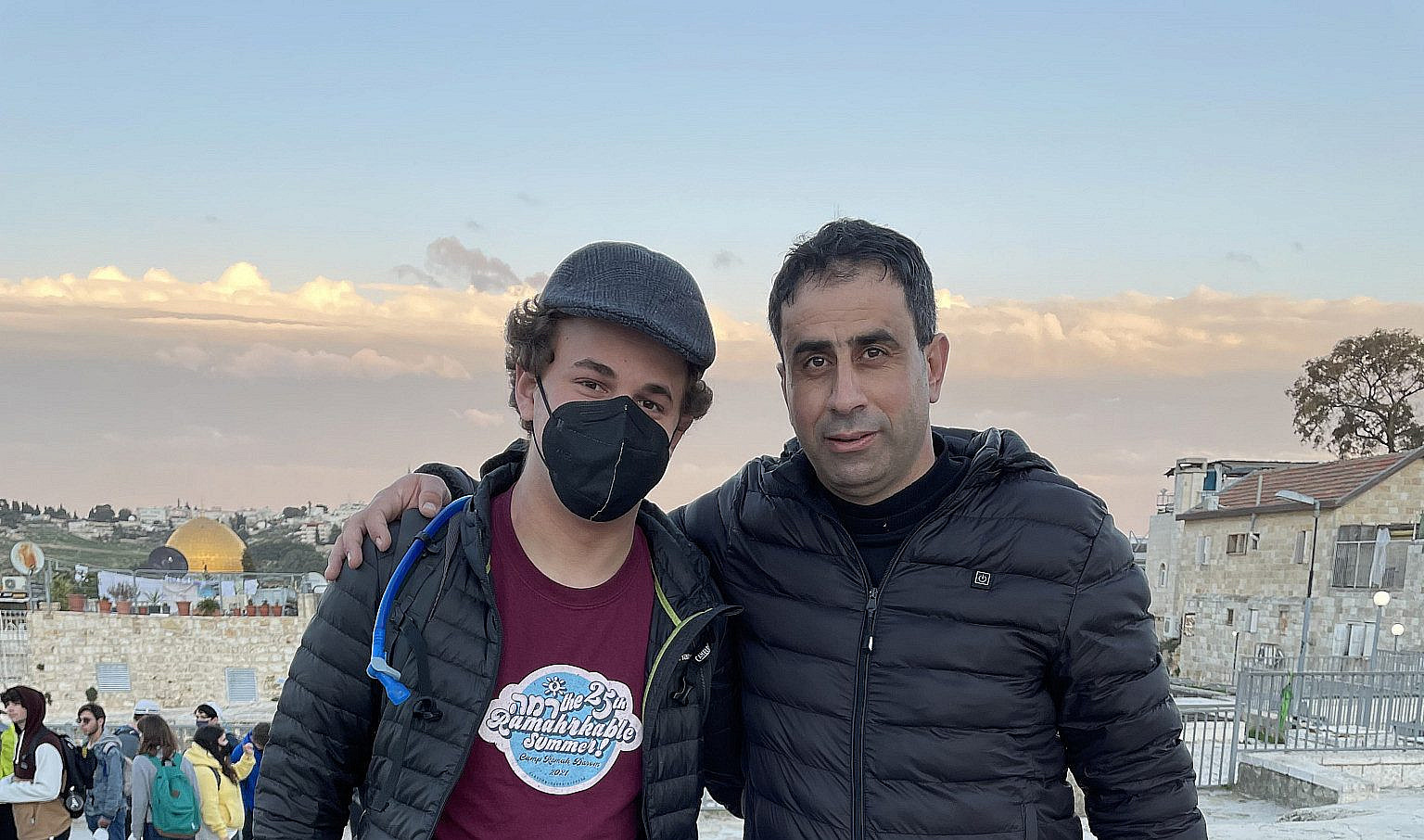 Me with the Palestinian man I met from Hebron on the Jerusalem Rooftops on February 24, 2022. The Old City and Dome of the Rock are visible in the background. (Credit: Luiz Gandelman)

While not all criticism of Israel is valid and true, the bit of it that is must not be dismissed and must be listened to carefully. Even that which isn’t should be taken in for learning. All voices should be amplified, whether critical or not. All of this is in the best interest of Israel and all those who love it, as it is feedback that we can use to make Israel the best version of itself. Criticizing Israel does not necessarily make one “Anti-Zionist” or any less Zionist than they are. In order for Israel to remain the amazing nation it is today and become even better it needs criticism and feedback, just like everything in life.

About the Author
Luiz Gandelman is a 16 year old student originally from São Paulo, Brazil, who lives in Miami, Florida. He is involved with multiple Jewish and secular youth groups and political organizations. Luiz is a big basketball and Star Wars fan and an avid scuba diver. He is also a fan of geography, politics, history, and anything of the sort. Most importantly, he is a proud Jew.
Related Topics
Related Posts