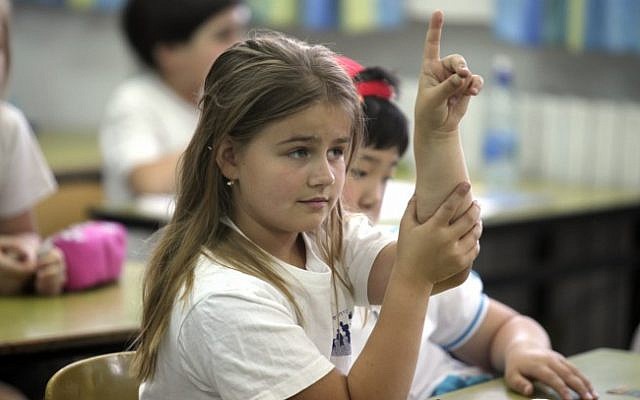 This is a startup story — of a different sort.

And it’s based on an initial experiment that wound up being a wonderful chance meeting with someone who really inspired me to post this story, and in turn my asking that you consider showing your support for something very special.

Show your support the KnowItAlls here on Kickstarter

In my role as the Brand Ambassador to Israel for the Rackspace Startups Program, my mission is to #BeHelpful.  I get to work with, and to help advance startups of all shapes and sizes, and in different stages of their life.

I posted a notice on my Facebook page offering to meet with any early stage startup, who was willing to meet me at a table at the corner of Rothchild & Mazeh in Tel Aviv on any Friday morning.

Lo and behold, I got a response.

During our initial meeting on Rothchild and moving on to brunch, I listened to Yael’s story — and her vision. Her mission was to help getting girls interested science as a career choice, with her startup, The KnowItAlls, being a place to start. 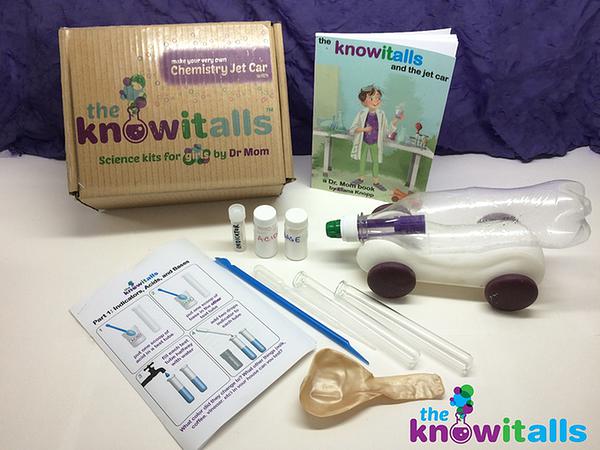 The KnowItAlls: Everything you need to get your awesomeness of science on.

Yael is the real enchilada.

She a Lab Manager at the Weizmann Institute of Science

While women make up 48% of the workforce, only 24% of science jobs are held by women.  The KnowItAlls is focused on creating an early pipeline in a part of global movement to encourage girls in STEM (Science, Technology, Engineering, and Math).

Her target market are girls aged 8 – 12 — the age at which kids’ interest in science begins to differentiate by gender, the combination adventure book + science kit + community membership promises to disrupt what she refers to as “the pink aisle.”

Schuster explains, “Our goal is to show girls that they can be scientists by teaching fun, meaningful science, so we created a toy that is infused with exciting experiments, positive role models, and community.”

According to the 2015 OECD report on the gender pay gap, “…less than one in 20 girls considers a career in STEM compared to one in five boys.”

This has significant implications on their future salaries, as careers in these fields are in high demand and among the most highly paid.

Yet OECD surveys have shown that girls lack the same self-confidence as boys in science, which was attributed to striking differences in parental encouragement that exacerbate the problem. Yael shared with me, “….society is telling our girls that science doesn’t belong to them, and parents lack the educational tools to bridge this gap.”

As a child, Yeal grew up in rural Virginia.  “We were always playing with microscopes, model rockets, and chemistry experiments. It never occurred to me that girls and boys might play with different things.” Yet as she progressed in her career, she began to notice a very segregated structure. “Where I did my PhD, all the professors were male and all the secretaries were female.” While leading a group of female scientists at the Weizmann Institute, Yael found that significant hurdles in working in a predominantly male field were common to many women, and was inspired to take action to change this for future generations.

And so began on her quest to develop tools to engage young girls in science and give them this missing confidence. Through many iterations of workshops and focus groups, this took form in the shape of a story and a real-life toy.

The story surrounds a group of four girls who are teased in school for being ‘know-it-alls’. They reclaim this title and build an amazing chemical jet car, to show the world that being a know-it-all is actually quite cool.

Their scientific journey can be recreated at home with the accompanying chemistry kit. Yeal  envisions an entire ecosystem built around The KnowItAlls brand, with continuing products in different scientific subjects and an active online community of girls who communicate and empower each other through science.

The company is based in Rehovot, and intends to raise at least $25,000.00 during their 30-day Kickstarter campaign.

I hope you will consider showing your support for Yeal.  Just click here for Kickstarter.

Your support not only sends a message that the world is indeed changing, and the more we interest young girls in the pursuit of science, what an ever so slightly better world it may be.