The Blogs
Aaron Boudaie
Apply for a Blog
Please note that the posts on The Blogs are contributed by third parties. The opinions, facts and any media content in them are presented solely by the authors, and neither The Times of Israel nor its partners assume any responsibility for them. Please contact us in case of abuse. In case of abuse,
Report this post.

In 1010 BCE, David became King of Israel and finished uniting the divided Jewish kingdom, transitioning the Jewish people from a scattered tribal society to a united kingdom.

In the years 70 and 135, during the Jewish-Roman Wars, the Romans destroyed the Second Temple in Jerusalem and expelled Jews from their homeland, beginning the long Jewish diaspora. During the diaspora, the Roman, Byzantine, Arab, and Ottoman Empires took turns occupying the land.

Meanwhile, Jews lived all over the world – mostly in Europe and the Middle East, but also in Africa, Asia, and the Americas. Jews widely influenced the cultures and economies of the countries they lived in and began to develop distinct traditions region by region. For many centuries, the Jewish people were scattered far and wide, in separate communities, each growing its own unique identity, without the ability to communicate with other Jews. Their sole commonality was one desire – the hope to return to Israel – and around the world, they faced toward Jerusalem as they prayed for all the people of Israel.

Despite their contributions and efforts to assimilate into different cultures, Jews were never fully accepted, living as second-class citizens all over the world for centuries. Century after century in country after country, restrictive laws were adopted against being Jewish or marrying a Jew, while Jews were forcibly converted, accused and blamed for national problems, prohibited from certain jobs, taxed extra, branded with markers like yellow badges, moved into ghettos, and forced to watch their synagogues and books burn and property be confiscated.

Over 100 rulers banned or expelled Jews during the diaspora period, notably Arabia in 640 and Spain in 1492. Jews faced multiple massacres and pogroms supported by governments. It did not take the Holocaust for Jews to feel the need for a home.

Yet, it was not until after two-thirds of European Jews were rounded up and murdered, until after over 6,000,000 Jews were shot to death, burned to death, and gassed to death, that the international community finally understood what the Jewish people had faced for the past several centuries.

Zionism did not begin with the United Nations’ Partition Plan in 1947; Zionism began with Persian King Cyrus’ edict in 539 BCE, encouraging Jews to return to Israel to rebuild their temple. It continued in the year 135 and in 1947 and in 2017.

Zionism is not only about Jewish persecution necessitating a homeland or about reclaiming a homeland where so much of Jewish history occurred. Zionism, in practice, is also about re-uniting the Jewish people.

In 1948, when Israel was re-established, most of Israel’s founders, led by David Ben-Gurion, envisioned a secular, socialist state, modeled after Europe. Holocaust survivors and their descendants made up the heart of the new Israel. After a million Middle Eastern Jews were expelled from their countries and joined Jews from all over the world in making aliyah, Israel became the Jewish state it is today.

Suddenly, dozens of cultures, customs, and traditions were being meshed together. Different ways of being Jewish were brought to light and Jews were discovered all over the world. This is why Israel has two Chief Rabbis: one Ashkenazi, for descendants of European Jewry, and one Sephardic, for descendants of North African and Middle Eastern Jewry. They bring different perspectives to the table on Jewish law and traditions. Some of the details are minor, like the pronunciation of certain words or eating or not eating rice during Passover. The major differences derive from the influence of Islamic culture on Sephardic Judaism and European culture on Ashkenazi Judaism. Moreover, some Jews do not fit into either of these traditions. Beta Israel are Jews who developed in the Kingdom of Aksum between the years 100 and 330, and are present day Ethiopian Jews, influenced by African culture. Anti-Jewish laws led many Russian Jews to separate themselves from religious traditions, developing a distinct non-religious Jewish culture. Asian and Latino Jews have their own distinct culture. 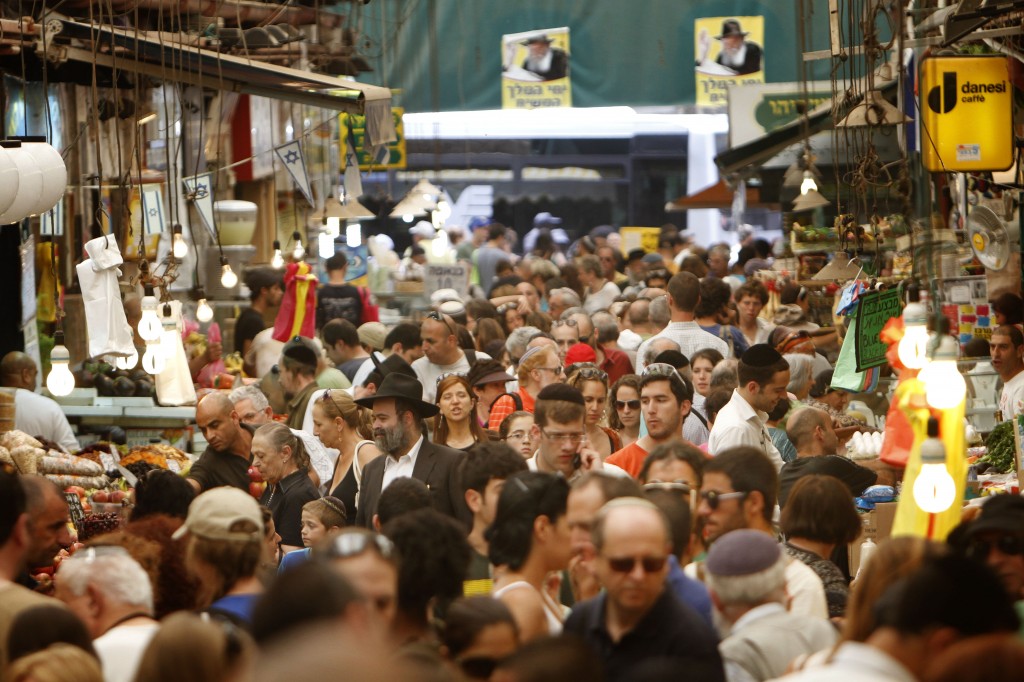 Friday at the Shuk: Israelis of all walks of life come together to shop for Shabbat (photo credit: Miriam Alster/Flash 90)

Israel has a lot of cultures to balance, but seventy years after its re-establishment, it does so beautifully. For example, at the end of Passover, for centuries, North African Jews have observed Mimouna, a holiday celebrating the return to eating leavened foods. Today, it is a Jewish holiday that millions of Israelis celebrate, regardless of personal traditions. For centuries, many Sephardic Jews owned businesses in shuks, or outdoor merchant-run marketplaces, and they brought this “barter” culture to Israel. Diverse poets, writers, and scholars offer different takes on Jewish life – Algerian poet Erez Biton and Polish writer Shmuel Agnon each won several prizes for their Hebrew literature and poetry. Food and music from different parts of the Jewish world have been meshed together to form modern Israeli cuisine and songs. The humor, personality, and style of Israelis are a result of the entangling cultures of Jews from all over the world.

Picture a start-up in Tel Aviv in 2017: an Ethiopian Jew starting a business with his childhood friend, a French Jew. Picture a classroom in Haifa in 2017: a secular student sitting next to a religious one or a Moroccan Jew sitting next to a Mexican Jew. Picture a street in Jerusalem in 2017: a Haredi Jew walking the same path as an agnostic Jew. All of these Jews speak the same language and influence their country’s path.

This is the real result of Zionism in 2017. Day after day, diverse cultures connect more and more with one another. Zionism makes Jews appreciate: there is no “one way” to be Jewish.

No one should ever seek to divide the Jewish community by country of origin or by level of religiosity. However, he or she should also not ignore the truth – there are Jews with different traditions. Zionism embraces and celebrates the diverse experiences, history, and customs that, together, make up the Jewish people of 2017.

About the Author
Aaron Boudaie is a Political Science and Public Policy student at UCLA and former elected representative on UCLA's student government council, intern at the Knesset, and intern for a member of Congress. He is active in the local LA Jewish community.
Related Topics
Related Posts
Comments