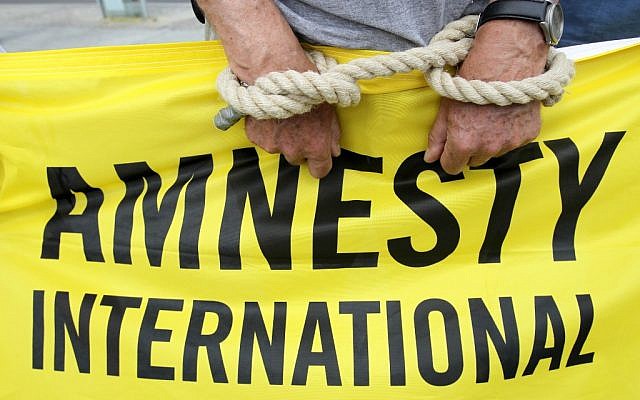 It seems that officially partnering with pro-jihadists was not off limits for the once great and greatly admired Amnesty International, yet hosting Israeli speakers with whom they disagree is. If ever there was proof that the regressive left rot is spreading into the core of our liberal culture, look no further than the way it has politicised this once bright beacon of human rights.

This week, Amnesty UK cancelled a Jewish Leadership Council organised debate it was due to host between Fred Carver of the UN Association, and Hillel Neuer of UN Watch. Amnesty had initially agreed to join the panel debate, but withdrew their speaker months ago.

On Monday they went even further by denying use of their venue entirely. The reason ostensibly cited by Amnesty was that because they are “currently campaigning for all governments around the world to ban the import of goods produced in the illegal Israeli settlements” they do not “therefore, think it appropriate for Amnesty International to host an event by those actively supporting such settlements.”

Amnesty is well within its legal rights to permit or deny whomever it likes to and from its own venue. But the right to do something is very distinct from it being the right thing to do.

So let’s get this straight. Because Amnesty International opposes trading in goods produced in the occupied West Bank, in one clean sweep they’ve decided to extend this boycott to human beings who simply express an opposing view. 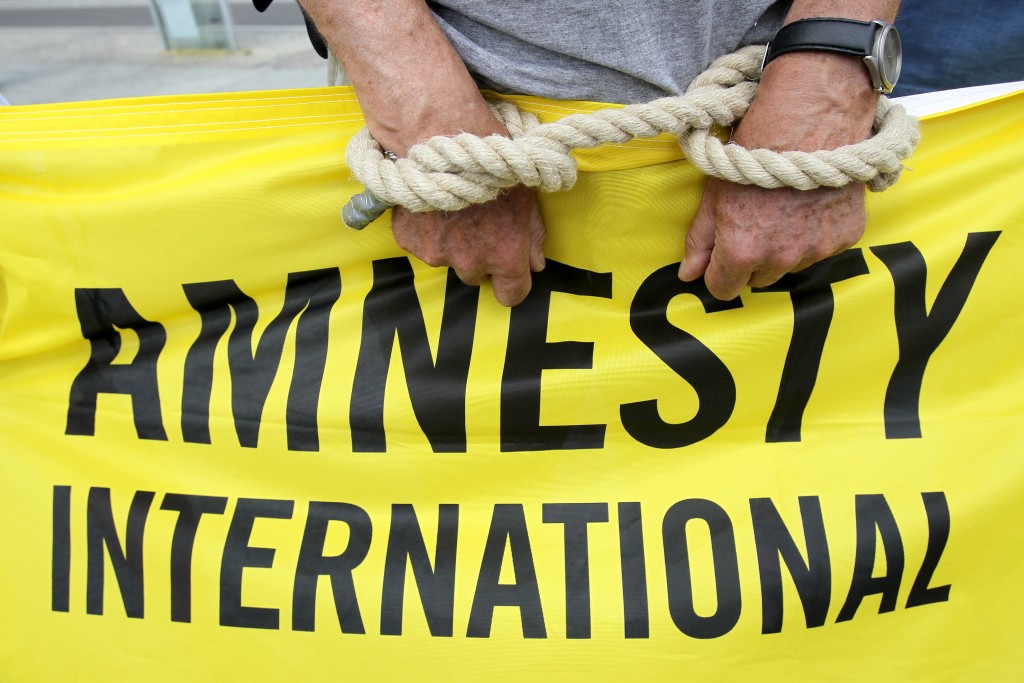 Amnesty UK could have allowed this debate to continue without supporting either side. Instead, they chose to boycott a human being for his views.

Such rot has been festering for years. Being once adopted by Amnesty International as a Prisoner of Conscience, I am both intimately familiar with the organisation and indebted to the hard work of their many grass roots and sincere human rights activists. Human rights are meant to be universal. This means that we defend the right of someone to say something, even while we vehemently disagree with what they are saying.

At least, this is the reasoning Amnesty gave for adopting my case. At the time they did I was imprisoned in Egypt for being an Islamist seeking to establish a global caliphate that enforced a strict version of sharia as law. Amnesty’s actions on my behalf were controversial, but justifiable under a liberal human rights doctrine.

They could maintain my right to advocate my then appalling ideas, while making clear their disagreement with these ideas. If only things had stopped there.

Much to the frustration of many, Amnesty extended this sound reasoning not just to defend, but to officially partner with and champion Islamists and jihadists.

And here they began to lose their way, as they capitulated to the increasingly far-left voices from within who viewed life almost exclusively through an anti-American lens. Amnesty UK’s official partnership with the Islamist ex-Guantanamo Bay detainee Moazzam Beg and his pro-jihadist group Cage shattered their reputation.

With this move, defending people’s right to say reprehensible things morphed into the outright championing of people who believed in those reprehensible things. So appalling was Amnesty’s formal campaigning partnership with Moazzam Beg’s Cage that the international head of their gender unit Gita Sahgal felt she had no choice but to blow the whistle. For her troubles Gita eventually lost her job.

It took another five years for Amnesty to be humiliated into severing all ties with Cage. Ridiculously, this only happened when Cage described the infamous ISIS executioner Jihadi John as a “beautiful man”, and their Research Director Asim Qureshi flatly refused to condemn the stoning of adulteresses to death on Andrew Neil’s BBC Politics show.

Amnesty UK was finally forced to act, while never once conceding that Gita Sahgal had been right about Cage all along, and should never have lost her job. And yet it seems that despite such an openly embarrassing PR disaster, Amnesty UK is still failing to distinguish between defending one’s right to speak, and championing what the speaker is saying.

I once met the leader of a pro-settler group in Israel. I had gone to Tel Aviv with a Liberal Democrat Friends of Israel fact-finding Parliamentary delegation. I was keen to hear how an Israeli settler would seek to justify those rather aggressive and intimidating settlements deep inside the West Bank.

Regressive left rot has politicised this once bright beacon of human rights.

I ended up disagreeing with everything he said, not least because it was primarily justified by biblical scripture and absolute moral certainty. But I’m glad I met him. If I hadn’t spoken to this man, I would’ve been ignorant of his arguments and less equipped to respond accordingly. I can now say with some authority that many of these settlers are as millenarian and stubborn as their Islamist counterparts.

But like Islamists, they are still human beings who have the right to speak and to be heard, albeit not be championed.

But Hillel Neuer isn’t a settler, and this debate wasn’t about settlements. It was about the UN, which has been disproportionately targeting Israel for critique. Unbelievably, in the last two years more UN resolutions have passed against Israel than those focused on Syria, North Korea and Iran combined. Criticising Israel – like criticising any government – is legitimate. Singling out Israel for criticism, while totally ignoring the world’s worst theocracies and dictatorships stinks of a pathology. Why focus on the world’s only Jewish state? Have Amnesty ever barred pro-Iranian or pro-Saudi individuals form their premises?

Amnesty UK could have allowed this debate to continue without supporting either side. Instead, they chose to boycott a human being for his views.

A curious stance to take, for a human rights group.