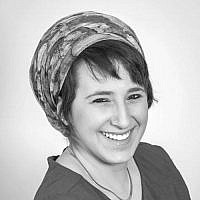 The Blogs
Bazy Swirsky Rubin
Apply for a Blog
Advertisement
Please note that the posts on The Blogs are contributed by third parties. The opinions, facts and any media content in them are presented solely by the authors, and neither The Times of Israel nor its partners assume any responsibility for them. Please contact us in case of abuse. In case of abuse,
Report this post. 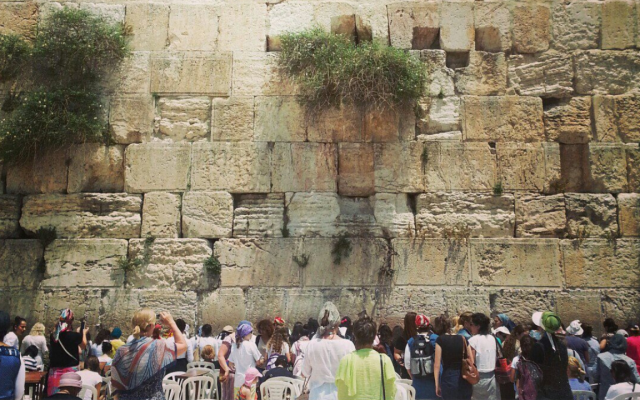 The Western Wall picture I took at the end of our tour. (courtesy)

“Great! You must be the tour guide!” The man said to me, “You must be Gili!” It was 08:00, I had just gotten to the old windmill at the top of Mishkenot Sha’ananim, and I was so confused. Shai was running late. The only group in sight was of 10-15 pensioners, and me. “No, I’m not Gili, I’m here for the tour…” I told him sheepishly, wondering if I mixed up the rendezvous point. Shai joined me a minute later and was asked if he was the tour guide. “Don’t look at me” I told my very confused Shai.

The night before Shai gave me a call: “I’m booking us a tour of Jerusalem tomorrow, in honor of Yom Yerushalayim (Jerusalem Day), OK?” After a whole year on shlichut working together in Australia, I knew that if my buddy Shai made up his mind, then there was no point arguing. “Sure thing” I told him, “just please book an early tour, it’s going to be hot tomorrow”. He said he would take care of it, and I cleared my schedule from any university papers, prior commitments in Givat Shmuel, and looked again hopelessly for a white shirt to honor the celebration. 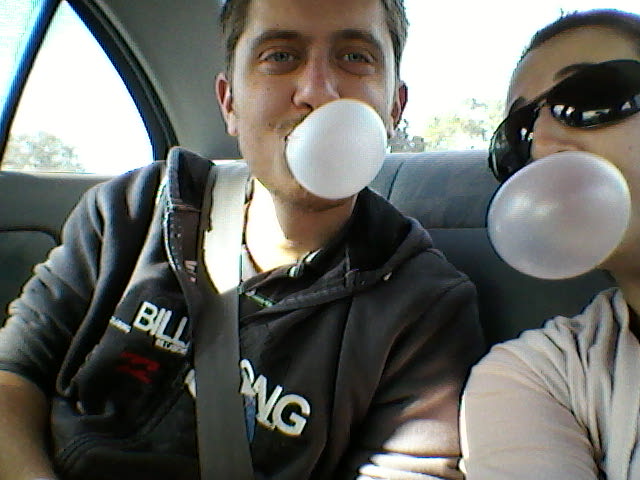 Yeah, we are NOT the tour guides… Shai and me in Australia

Shai and I, both in our early 20s looked around. We were clearly bringing the average age down by more than 50 percent and I must have been glaring at Shai because he nervously looked on his phone and tried not to laugh. Apparently, he signed us up for the senior citizen’s tour! Oh and of course, in his defense, I asked for an early tour, so clearly it was my fault…

I was once on a bus with my family in Jerusalem and I confessed quietly that I don’t really like living in there. I found that the city carried this sort of unpleasant smell at times, it was crowded and loud, and if it wasn’t for the incredible job I had there I would love to just not… It was a quiet confession because as I was most often told: “You are SO LUCKY you live in Jerusalem!” Now yes, in theory, I know I just need to separate between ירושלים של מעלה (heavenly Jerusalem) and ירושלים של מטה (earthly Jerusalem). Clearly, in the heavenly Jerusalem, it has been a total honor for me to live for in the Old City of Jerusalem, just minutes away from the Western Wall, half a year. But on the earthly plane, Jerusalem, I need to confess that during that entire time, I only visited the Western Wall twice.

There is something about the disconnect I feel about this holy city that has always made it a bit hard for me to celebrate Yom Yerushalayim. But thanks to the famous flag parade, the lively music, and the excitement of trying to actually make it to the Western Wall past thousands of other teens has made it a bearable celebration growing up. And then just like that, I didn’t need to do that anymore.

I thought the tour would be awkward and slow but it was absolutely incredible. Eight years later and it’s still one of my fondest Yom Yerushalayim memories. First of all, almost every person on the tour had a connection to the history we were touring. One person shared their story from when they fought in the Six Day War nearby. Another shared a story about her mother who lived in the old city. Our tour guide could have gone on all day with his knowledge of Jerusalem, and the whole tour came alive. I was just inspired. 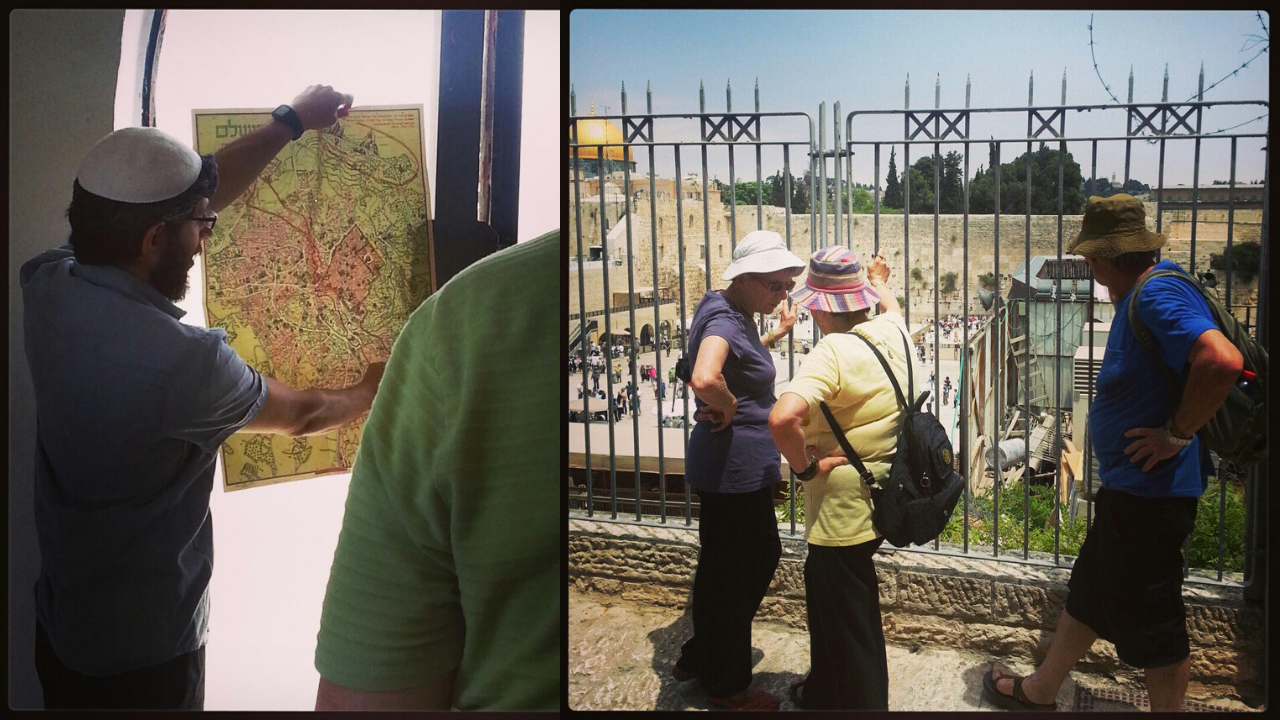 Left: Our tour guide Gili Houpt. Right: Some of our new friends from the tour

That day opened my eyes to all the stories I knew, but never really thought about. Every person who ever fought to live in Jerusalem. The brave people who ventured out of the walls of the Old City and started new neighborhoods, endangering themselves for the greater good. The volunteers who came and fought for Jerusalem under siege. The visionaries who did not give up on the dream of getting the Old City back and lived to see it happen. The soldiers who bravely broke through and made it to the Kotel, the Wall. Rav Goren with his shofar. The soldier who hung a flag his mother made him pack in his bag just in case. “Har Habayit Beyadeinu” — The Temple Mount is in our hands.

They say that history majors such as myself become very cynical because studying history makes us lose faith in humanity. This is probably true for the “big picture” lessons of history, but I have found that if I zoom in and focus on the personal stories and lives of people, not only do I lose my cynicism, but I fall in love with humanity over and over again.

This year, for Yom Yerushalayim, I want to thank Shai, for signing us up for the wrong tour. For realizing with me what a rare opportunity we had and for sticking with the group until the very end. I loved pretending to be wiser than my years so we could go on this tour, because that day made me fall in love with Jerusalem. 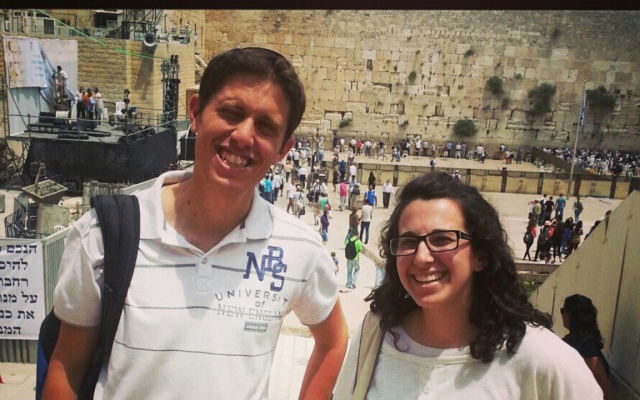 Shai Shai and me at the end of our tour
About the Author
Bazy (pronounces Bah-zee) is the Daughter of Olim from the US. Bazy grew up in Beit Shemesh which they say is just a five minute drive from Israel and is probably part of the reason she speaks English fluently today. Married +3 boys and completely outnumbered, Bazy is the proud owner of Buzz Team Building, and does video editing on the side. Her goal in life is to eat lots of chocolate and make sure people laugh a little more every single day.
Related Topics
Related Posts
Comments