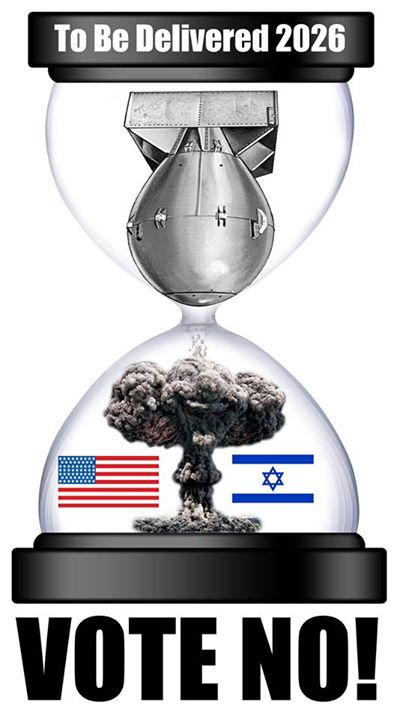 I can see how the holocaust happened.

Much has been said about those who are speaking out against Jewish lawmakers for supporting the Iran deal. There seems to be more anger from the left regarding the discourse on this important deal than the actual threat of a nuclear Iran.

The President even spoke about this being a “family” issue with a lot of emotion to it. The president also encouraged skeptics of the agreement to “overcome the emotions” that have infused the debate and evaluate the accord based on facts.

“I would suggest that in terms of the tone of this debate everybody keep in mind that we’re all pro-Israel,” he said. “We have to make sure that we don’t impugn people’s motives.”

Mr. President which family are you referring to The Manson family? You are not part of my family. This is not just a “family squabble”. May I suggest Mr. President that the “tone” of the debate was and is set by YOU!! Your divisive comments which cross over into anti-Semitism have set the “tone” for this what you call a “squabble”.

You talk a good game Mr. President about discussing the deal, having a civilized discourse on it, yet your actions tell a much different story. You bypassed the United States Congress and its citizens by going directly to the UN to release the sanctions (which you fought against) to begin with. You even admitted that you would stop doing what you are doing (please spell that out Mr. President) during a meeting with Aipac, and many Jewish leaders in D.C. a month ago if they would only stop fighting the bill.

You have compared “Iranian Hardliners” to Republicans.
You have called those who don’t support the bill “crazies”.

So Mr. President for once look in the executive mirror and you will see who has set the tone on this terrible, once in a generation deal with Western civilizations sworn enemy Iran. To those who support this bill especially Jewish lawmakers. The first question that I have for you is HOW CAN YOU SUPPORT A BILL OF THIS IMPORTANCE KNOWING THAT THERE ARE SECRET SIDE AGREEMENTS THAT YOU HAVE NOT READ THAT IMPACT THIS BILL GREATLY?

What we know about this bill if it is followed to the letter by Iran, is that they will be able to build, acquire, nuclear weapons in 10 to 15 years. Do you really believe that things will change in 15 years? Why would you believe that? Your support of this bill will make the Iranian hardliners (the entire Government) much stronger. Your President did nothing to help Iranians rid themselves of the mullahs during the green revolution when he had the chance. Nothing yet you applaud him when he enriches, emboldens and gives credibility to these murderous thugs.

What we know about this is agreement is that Iran is going to immediately get a large economic boost to the tune of 58 to 150 billion depending on whether or not you buy the administrations 58 billion dollar number or the actual number that most agree with 150 billion (not including the 11 billion already release and not including oil revenue to the tune of 20 billion plus a year.

What we know is that the embargo on convention arms ends in 5 years and ballistic missiles in 8.

To the Jewish lawmakers first: When blood is shed in Israel because Hezbollah and Hamas have received new advanced weapons from Iran what do you want to say to those victims’ oooops, I am sorry?

What do we tell our children when in 10 to 15 years they will face ( I believe it will be much sooner ) a strong, regional super power Iran that has nuclear weapons constantly threatening Israel with annihilation oooops I am sorry ?

This is not a civilized disagreement between parties this is life and death. Your support of this deal on its face even without side deals that we don’t know about is nothing short of criminal negligence in fact I will go futher and say that it is willful negligence because you KNOW THAT THERE ARE SIDE DEALS THAT HAVE BEEN KEPT SECRET. Yet you have still supported it. You have picked fealty to your leader, your ideology, your party over WHAT IS THE RIGHT THING TO DO FOR AMERICA AND ISRAEL. Your parroted talking points that “this is not a great deal but there are no alternatives” is mind numbingly stupid, you should all be ashamed of yourselves.

Some on the left are now blaming (not surprisingly) Bibi Netanyahu for this bad deal. As if someone who has stood up to this Presidents, distortions, obfuscations, lies, actions is somewhat liable for what our President has foisted on us. The President was anti-Israel, anti-American and in my opinion anti-Semitic prior to his working with Bibi Netanyahu. I remember his meeting with Jewish supporters in Cleveland prior to his first election where he said that supporting Israel didn’t mean necessarily supporting Likud. Israel voted in Netanyahu, which means he is anti-Israel not just its leader. Blaming him makes you feel better for enabling this President to change the face of the Middle East making it a much more dangerous, unstable place….

So when a local J Street leader ( whose husband starts a J Street chapter in Columbus) misrepresents herself as an Aipac supporter to a Congresswoman I am not going to be civilized I am going to speak out.

When this same J Street leader compared the consternation over this bill to Anwar Sadat’s famous trip to Israel, and subsequent peace deal I am going to speak out. This was particularly problematic since most of those in our community supported that peace deal. Anwar Sadat came to Israel to make peace. He didn’t come to the Knesset to threaten Israel with annihilation. The Jewish community responded overwhelmingly with support. Where is the trip by Khamenei, Rouhani? This is so different that it boggles the mind how any sane minded person or even a person who is educated can compare the two.
When the President of the United States endangers my community, my family, my children by making obviously anti-Semitic statements I AM GOING TO SPEAK OUT.

When our elected representatives support a deal that at best delays the inevitable and at worse will cause the death and suffering of many I am going to speak out.

When a maniacal, autocratic, religious death cult threatens the United States and Israel with annihilation. I am going to speak out.

Yes I can see how the holocaust happened now.