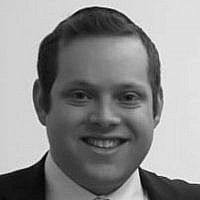 The Blogs
Alan Langer
Apply for a Blog
Please note that the posts on The Blogs are contributed by third parties. The opinions, facts and any media content in them are presented solely by the authors, and neither The Times of Israel nor its partners assume any responsibility for them. Please contact us in case of abuse. In case of abuse,
Report this post.

In 2016 I went back and forth on whether to vote for Donald Trump or write in a candidate for President. Ultimately, I wrote in Ted Cruz. I am a rock-ribbed conservative and Cruz best reflected my values.

Despite never having voted for a Democrat, and having no plans to do so, as a religious individual, I was rocked by the the Access Hollywood tape that emerged just prior to the election. The contents of that tape were deeply inappropriate. And when added to other concerns I had, I judged Trump to be unable to govern as a conservative. I was wrong. Today, I believe President Trump deserves re-election.

President Trump was a political novelty in 2016. He had been a longtime democrat and was a recent convert to the Republican Party. Questions still remained about his policies. During the primary, he had talked enthusiastically about universal healthcare, Planned Parenthood, the U.S. remaining neutral on Israeli-Palestinian negotiations and many other issues that were a major source of concern to many conservatives.

Fast forward to the present moment. President Trump has been one of the most conservative Presidents in the history of the republic. He has appointed originalists to the supreme court, cut taxes, slashed regulation, reaffirmed America’s support for Israel; and he has forced terrorist states like Iran on to the back foot.

One of the aspects of the President’s agenda that I have been most proud of has been his unwavering support towards the Jewish state. Here, he has under promised and over delivered. In both word and deed, he has demonstrated historic leadership and conviction. He moved the embassy to Jerusalem. He recognized Israel’s sovereignty over the Golan Heights. He withdrew from the JCPOA. He brokered the normalization of ties between Israel and several of her Arab neighbors. Nobody could have presumed that they would bear witness to even one of those events during the course of their lifetime. It should not be taken for granted that all of them have to come to pass during a single term. For those reasons alone, the President has my support for re-election.

President Trump represents the guardrail for religious freedom in this country. To view a microcosm of what full democratic control over the country would look like, one need look no further than the State of New York, my home state.

Consider the Black Lives Matter protests – including those that took place prior to the tragic killing of George Floyd – whether peaceful or non-peaceful, they were countenanced and even encouraged by Governor Cuomo and Mayor De-Blasio; something that has continued throughout the era of Covid-19. By contrast, when it comes to Jewish New Yorkers seeking to pray on the high holy days, both the Governor and Mayor display an outsize degree of concern about public gatherings of Jews. Earlier this month; Governor Cuomo repeatedly blasted the orthodox community and orthodox leaders for flouting Covid-19 guidelines. While some Jewish leaders failed to follow some of the guidelines, the Governor smeared the entire community by way of an irresponsible, blanket statement.

Recently, reports have surfaced that Vice President Biden would consider Governor Cuomo for Attorney General. Cuomo’s singling out of the Jewish community ought to disqualify him from any consideration of becoming the chief law enforcement officer of this country.

As Jews we know that Anti-Semitism is on the rise. Many elected officials know the same to be true. But there is only one party that has failed to silence anti-Semitic lawmakers within its own ranks. There is only one party that has repeatedly singled out the Jewish community for spreading Covid-19 throughout the State of New York. That party is the Democratic Party.

To be clear I am troubled by Donald Trump’s character flaws. Unfortunately, we do not have the luxury of voting for a person who has the high character and decency that I would expect in a Presidential candidate. Our choice is clear. We must decide based on the policies of both candidates and both parties.

To my fellow Americans and my fellow Jews who are leaning towards the Democratic ticket, if you are of the mistaken belief that America is a country founded on and steeped in racism, as is currently promoted by many in the party, why do you tolerate, and turn a blind eye to, the racism of anti-Semitism that is so alarmingly represented within that very same party?

In his final address to the nation, President Ronald Reagan described this country as “A shining city on a hill.”

He went on to say “it was a tall, proud city built on rocks stronger than oceans, windswept, God-blessed, and teeming with people of all kinds living in harmony and peace; a city with free ports that hummed with commerce and creativity. And if there had to be city walls, the walls had doors and the doors were open to anyone with the will and the heart to get here.”

This election, we must vote to preserve that vision.

I implore my fellow members of American Jewry, be considered when casting your vote. Donald Trump and Joe Biden are not the only issues on the ballot. Our religious liberty is on that same ballot. Our relationship with the Jewish State of Israel is on the ballot. Our freedoms are on that ballot and our future as a safe and secure demographic in the melting pot that is America is on that ballot. Never before in the history of America has that security been so challenged. Please remember that when you head into the voting booth on November 3rd. Choose wisely.

About the Author
Alan Langer is a Conservative Republican who studied in Israel between high school and college. He is a graduate of Touro College. Alan has worked on a number of political campaigns on behalf of the Republican party, including the Trump 2016 campaign.
Related Topics
Related Posts
Comments