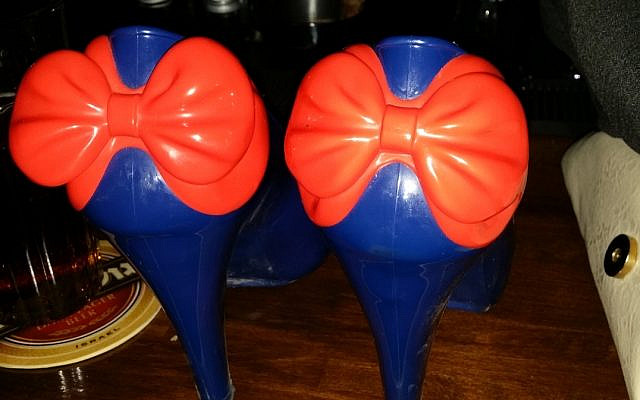 You need to read this, because it’s insane. And what sanity do we have left in the world anyways?

I went to a really posh restaurant in Tel Aviv. We had black ink squid pasta, amousse du boché, japanese Waguy-beef and the best ice cream I’ve ever tasted.

It was a tuesday night so it was just us, sitting at the bar and eating. Behind us were a group of 8 people which I didn’t pay any attention at.

Back then, I used to smoke. Gal Gadot saw that I went for a smoke and she kindly asked for one. I gave her one, completely unaware of who she was. We chitchatted a bit and went back inside.

Suddenly, the restaurant closed for other guests than us, meaning we could smoke inside and go mix our own drinks behind the bar. I still had no idea on what the hell was going on – but hell, free drinks, smoking and pumping the latest music – parteeeeeeey time!!!

So after 2 drinks or 7, I asked Gal what her name was, her job and so on. She just stared at me and started laughing hysterically. “Oh my god, Yoni, Jonas, whatever, you don’t know me? I’m Gal Gadot the actress!”. I gave my Israeli compadrina th     c        e stare of death as in “why didn’t you tell me?” Her entire group saw what kind of screwed up situation I had put myself into, so they just dragged me to their table.

There was Israeli Arrak, wine for 800 dollars per bottle, palestinian beer and a whole array of strong, proper drinks. And so the competition started. One arak each, who can zip up their drinks the fastest? Who could chug that beer in less than 3 seconds? Cigarette smoke was filling the restaurant and the workers joined in at our impromptu party as well.

Now, Gal was very kind. We were sitting next to each other and were just talking about life. She was so relieved that I didn’t take her for a superstar. As we became more and more $h*tfaced drunk, you always come up with the best ideas ever. Gal Gadot undressed her high-heels and put them straight on the table and screamed at me “Yalla!!! Smell them! Smell them now or we’re having tequilas until either of us passes the f*ck out!”.

For those of you who want to know, Gal Gadot produces foot-odour like anyone else. “Gal, your shoes smells like blue cheese!” I said while trying not to puke all over the table. Gal, as friendly as one can be when you are so drunk that you are about to pass out, kindly poured the world’s biggest tequila shot in the world. It was more like a Russian vodka drinking glass.

Gal climbed on me and said “What is wrong with you? What’s your problem!?”. I didn’t know what she meant or was refering to. I just gave her a strange look. She quickly filled me in by screaming “WHY ARE YOU NOT HITTING ON ME? DO YOU KNOW HOW MANY PEOPLE I HAVE TURNED DOWN, AND NOW I GET TURNED DOWN! BEN ZONA!”.

I was too drunk to even answer. Instead I had lost my job phone, but who the hell cares? Gal cared. We went for drunk-junk-food on Allenby, you know the tempura fried sushi thing. I puked. Gal puked. Then she just said “Where do you live?” for the 32nd time that night. I don’t know why really, but we exchanged numbers. A good drinking buddy is a good drinking buddy.

Do you want to know why she asked about where I was staying? Because the day after, when I had the worst hangover in the history of mankind, Gal showed up, with a phone. A new iPhone. So my job wouldn’t deduct salary for losing a phone on one of the best nights in my life.