The Blogs
Eric Danis
Apply for a Blog
Advertisement
Please note that the posts on The Blogs are contributed by third parties. The opinions, facts and any media content in them are presented solely by the authors, and neither The Times of Israel nor its partners assume any responsibility for them. Please contact us in case of abuse. In case of abuse,
Report this post.

Vandalism, theft, air pollution, environmental destruction and burns – what’s not to love about the special day of Lag B’Omer? OK, maybe saying that I “hate” this unique day on the Jewish calendar is misleading.

I don’t hate the day itself or its meaning, I just can’t stand the way we have chosen to commemorate and celebrate Lag B’Omer here in Israel.

The exact reasons for this minor festival are unclear, but the ideas associated with the day have the potential to be meaningful and transformative. Tradition states that during the time of Rabbi Akiva, 24,000 of his students died from a plague that finally ended on the 18th day of the Hebrew month of Iyar (this year Lag B’Omer falls on Thursday, May 7). The day also marks the commemoration of the death of Rabbi Shimon Bar Yochai, a sage of the second century. 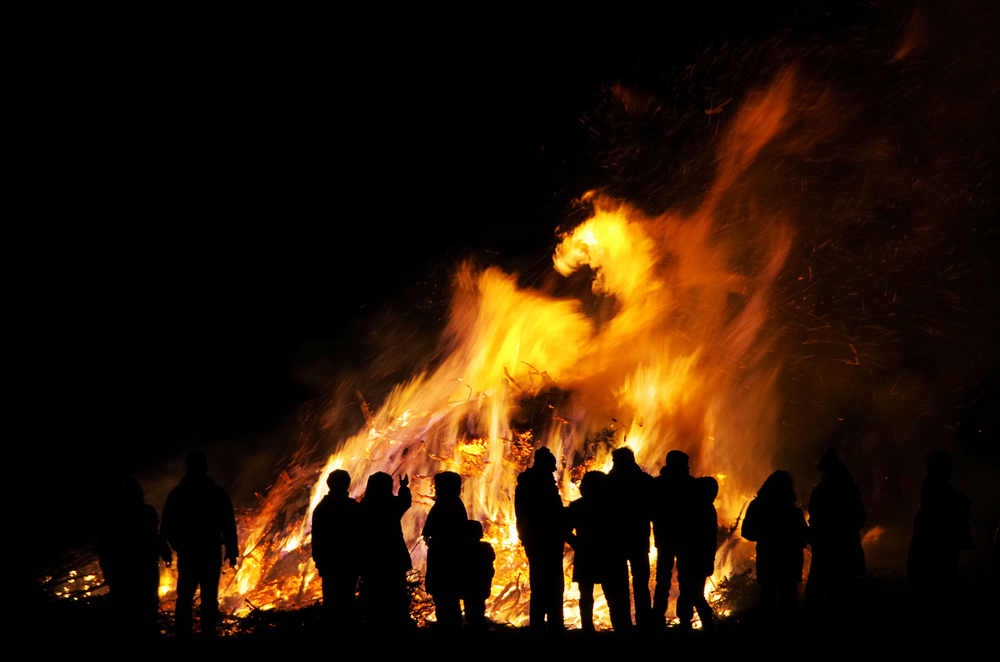 On Lag B’Omer eve, bonfires are lit all across Israel by small groups of people to symbolize the light brought to the world by Rabbi Bar Yochai. I never forget that Lag B’Omer eve is approaching, because it’s an annual tradition to receive a call from my mother-in-law to batten down the hatches: “Remember to shut all your windows and bring in the laundry, so that your clothes and apartment don’t reek of smoke!”

In case you’ve never had the “pleasure” of experiencing Lag B’Omer in Israel, it feels like one is living in a Mad Max-like, post-apocalyptic dystopia. The landscape is littered with mobs of people huddled around gigantic bonfires that produce a suffocating layer of smoke.

A recent editorial in The Jerusalem Post noted that, “Year after year, according to data provided by the Environmental Protection Ministry, Lag Ba’omer carries the dubious honor of having the worst air pollution of the year, even more than Independence Day, which is commonly celebrated with elaborate barbecues.”

What is fueling these Lag B’Omer fires? Unfortunately, some youth roam the country in search of wood, even going to building sites and other unauthorized areas to illegally pillage materials for their fires. It’s not uncommon to see people carting wood off in stolen supermarket carriages. Other revelers cut down trees and branches. What a tremendous waste of natural resources to have so many people burning so much wood (not to mention the damage to the grassy areas and parks where the fires are lit).

The level of pollution is increased by people who burn inappropriate materials. Some of the wood being thrown in these fires has been treated with chemicals (such as old furniture), while other people throw objects made from plastic and rubber into their bonfires.

When an entire country is literally playing with fire, of course some people (including children) will get burned. A 2013 Times of Israel article, Lag B’Omer takes its fiery toll, noted, “The overcrowding and fervent celebrations at the site [in Northern Israel on Lag B’Omer] resulted in 500 people requiring medical attention, mostly due to burns, heat stroke, and dehydration.”

The solutions for Israel are obvious. Rabbis, community leaders, government officials and environmental organizations need to work together to arrange a few large community bonfires in each city/area, while launching a huge public campaign to explain how much air pollution, environmental and human damage is caused by the proliferation of small fires around the country.

If we really want to remember the light generated by Rabbi Bar Yochai, let’s do so in a way that builds up our society, instead of playing a hand in spoiling the Land of Israel. The traditions we follow on Lag B’Omer are exactly that, traditions. They aren’t coded into Jewish law and can be modified and evolve to meet today’s ecological realities.

Hopefully that will happen soon. In the meantime, I’ll be taking in the laundry and shutting all the windows tightly on Wednesday night…