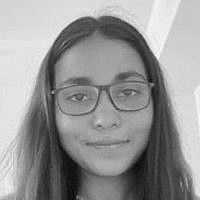 The Blogs
Tamanna Dahiya
Apply for a Blog
Advertisement
Please note that the posts on The Blogs are contributed by third parties. The opinions, facts and any media content in them are presented solely by the authors, and neither The Times of Israel nor its partners assume any responsibility for them. Please contact us in case of abuse. In case of abuse,
Report this post. 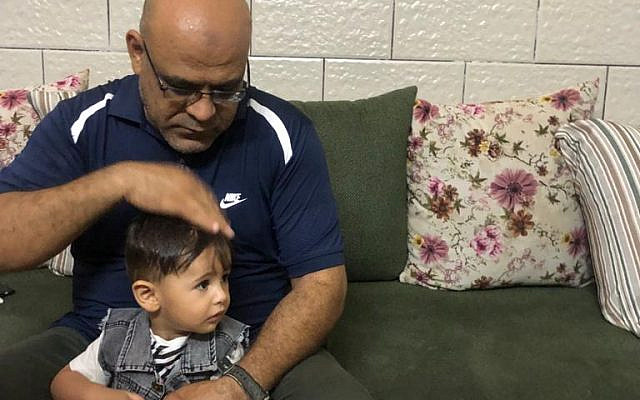 Nour and his grandson who is named after him.

This is the story of Noureddin Shehada; A Palestinian Resistance Fighter Turned Peace Activist.

Mr Noureddin Shehada lives in Tulkarm, a small refugee town in Northern West Bank, Palestine. He is a social worker and a peace activist who founded an NGO called Extreme Poverty Combat Association for the refugees in Tulkarm and works with Combatants for Peace, an NGO that brings together Israeli and Palestinian ex-fighters who are willing to take a step towards the peaceful resolution of the Israel-Palestine conflict.

Tulkarm was founded in 1950 hosting refugees from the 1948 war, popularly known as the Nakba. Currently, it hosts an estimated population of 119,444 per sq. km and is one of the poorest and most densely populated refugee camps.[1] Nour, like most Palestinians living in the West Bank, has been a victim of Israeli occupation, displacement, violence and poverty. He was born in 1968 in the Tulkarm Refugee Camp. Having witnessed the mass displacement of his people, frequent and arbitrary arrests as well as violence by the IDF forces after the war in 1967 which worsened the already miserable living conditions in the camp, he became an active resistance fighter against the Israeli occupation.

In August 1990, he was arrested by Israeli undercover officers and served five years in the Nablus jail.

When I asked him about the condition in the jail he laughed and said, “it is a jail. The situation is very difficult. The food is not enough. The medicines are not good enough. They give you just enough to stay alive. We did a lot of hunger strikes in the jail to protest. The hunger strike was our only way of continuing our struggle and demanding our freedom.”

“There is a stark difference in the jail between the Israeli prisoners and the Palestinian prisoners. If my family comes to visit me, they cannot touch me. There is a glass separation between us and we have to talk through the phone. But that was not the case with the Israeli prisoners, they could meet their families and talk to them face to face.”

While narrating what could have been the most challenging years of his life, Nour’s tone was extremely curt and direct, lacking any emotional essence which hints at the normalcy of such extreme struggles which persist in Palestine. However, when he spoke about the family visits in jail and the disparate treatment received by the Palestinian prisoners as opposed to their Israeli counterparts, his voice cracked and his face was evocative of a deeply ingrained sense of injustice.

He was arrested indefinitely under ‘Administrative Detention.’

“They arrest Palestinian people without any reason. It can last as long as three months at first and then it can keep getting increased indefinitely. Some people I know have served in jail for more than 12 years.”

“I didn’t’ know how long I would be in jail, neither did my family. This can have a huge psychological impact on a person. Waking up every morning, not knowing whether I will spend another two months or two years in this jail. Not knowing when I will see my family again. How old will my children be when I am out? It’s devastating for a person’s mental health.”

Nour’s story is not an exception. It is a rule. While we were walking around the city, Nour introduced us to many of the bystanders in the street and most of the introductions began with ‘’he was in jail too’ or ‘his son is/was in prison and a few introductions began with the note of the death of a fellow family member under the occupation by the IDF soldiers.

Almost every family, every mother, every child in the camp has grown up with stories of their fathers, brothers or uncles being imprisoned in Israeli jails and if not, they see the miserable living conditions of their families and they are compelled to ask themselves why?

After his release from jail, Nour worked with the Palestinian Authority for a few years until the Oslo Accords in 2003. He views Oslo as a piece-meal show of façade robbing the Palestinians of the subsequent freedom it had promised in five years. Frustrated with the lack of progress in peace following Oslo, the people launched the second intifada. While Nour could not be a part of it physically he supported the sentiment of the struggle of his people.

In 2005, a few friends told him about some IDF soldiers who had refused to serve in the army and opposed the occupation. Sensing solidarity from the other side, he joined Combatants for Peace, an organization that brings together ex-fighters from both sides in the hope of peace.

“I agree with their position of building peace between the Israeli and the Palestinians. That was the common philosophy Combatants for Peace was founded on.  It was not easy working with Israelis, the majority of the Palestinian people disagreed with me. They saw nothing coming out of it. They are deaf for our screams of pain and blind to the death of our people, what makes you think they will respond and understand our peaceful struggle.”

I was intrigued by his journey. Despite having lost his youth, his friends and his life to the Israeli occupation which still continues to cast a dark shadow of deprivation, poverty and fear on him, his family and his people in Tulkarm, he feels working through a non-violent channel with Israelis will make headway for peace.

I asked him how he is hopeful for this method of struggle and what made him change his course of resistance from an active fighter to a non-violent peace and social worker?

“I still haven’t lost any hope. If I lose hope, I will lose my life.”

“We are not born to kill the Israelis or the Jews. We lived next to each other like neighbours. Before the occupation, there was no active difference between Palestinian or Jewish neighbours. We have Sumerian Jews living in Nabulus. They live under the occupation and resist it with us. They live under the same conditions and fight the occupation with us. Some of them are in jail and have picked up arms against the injustice that we as humans have been through and continue to be subjected to every single day. We don’t see them as Jewish. They are humans. Like any of us. Their religion, their politics come after their humanity.”

The biggest impediment to peace in the conflict is the historical memory of both the people. Most Jews in Israel still carry the insecurity and fear of the Holocaust, doing their best to enforce the ‘Never Again’ in the most self-reliant manner, keeping the memory of the Holocaust alive to the best of their abilities. However, the problem begins when this memory is used, or rather abused to not only justify but also strengthen the Occupation and the militaristic hard-liner approach towards Palestinians. Upon being asked about his views on this insecurity of Israelis based on the historical memory of the Holocaust, Nour had a very personal reply.

“I visited a Holocaust camp in Germany and I cried. I cried because I am human. I see human suffering and I feel sad.”

“If someone who has been a victim of such a level of inexplicable cruelty and injustice how can they become the very perpetrators of similar injustice? I have lived through occupational injustice, fearing for my life and that of my family, I will never be able to transfer it to another person. I can never inflict the violence that has happened to me and my family on another human.”

The town of Tulkarm was old and dilapidated, surrounded by faded yet evocative resistance art, the sentiment of which easily overpowered the bullet marks that were such a common sight on every wall. It was full of posters honouring the memories of the children, men and women who lost their lives in the struggle against the Occupation. It was a chilling experience, a skeletal presence of death, loss and fear hanging over people who are still so hopeful and optimistic about the little things in life. Celebrating their hope in every little way possible. An epitome of tragic optimism and bravery at every level of existence as well as resistance.

About the Author
Tamanna Dahiya is an Indian student who is currently doing her Masters in Conflict Resolution and Mediation at Tel Aviv University.
Related Topics
Related Posts
Comments