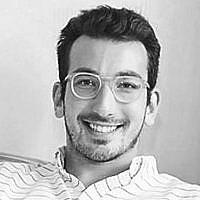 The Blogs
Joe Hyman
Apply for a Blog
Please note that the posts on The Blogs are contributed by third parties. The opinions, facts and any media content in them are presented solely by the authors, and neither The Times of Israel nor its partners assume any responsibility for them. Please contact us in case of abuse. In case of abuse,
Report this post. 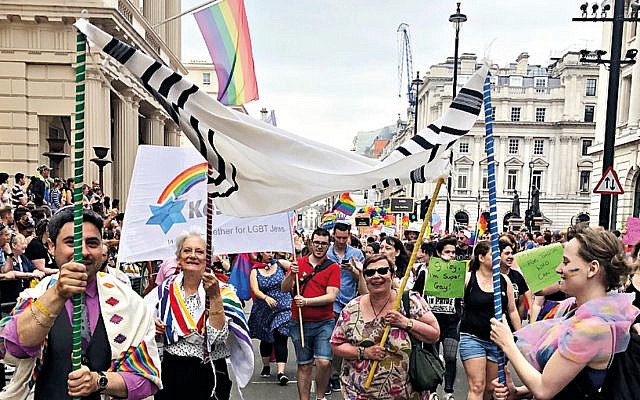 This week, Rabbi Rafi Peretz, Israel’s Education Minister, former IDF chief rabbi and a former Modern Orthodox rosh yeshiva, spoke out in support for so-called conversion therapy. I am a religious gay man who survived ‘conversion therapy’ but not everyone survives this destructive, abusive and often illegal practice. The highest youth suicide rate in Israel comes from religious gay men. I personally know of at least three cases in recent months. There is no greater value in Judaism than saving lives. Sadly, many rabbis, including Israel’s education minister, still believe that LGBT+ Jews can be ‘cured’ with conversion therapy. The practice of conversion therapy strips LGBT+ people of their dignity and sense of self and makes life not worth living. We are responsible for the lives of all Jews and these rabbis will have blood on their hands until they speak out against this dubious and often illegal practice.

Going to yeshiva in Israel should be a religiously affirming experience. For many young boys and girls, it’s their first time living away from home and the same went for me. Leaving home on a journey is a part of our religious story and started with Abraham and Sarah. When I left my parents at the airport with my suitcases for my year in yeshiva, I was carrying more than my clothes and books. My hidden gay identity dragged behind me wherever I went. A few months before I left for Israel, I sought out a conversion ‘therapist’ from JONAH, an organisation falsely selling a ‘solution’ to ‘same-sex attraction’. This organisation has now been shut down for consumer fraud but it still practising its pseudo-scientific practices under a new name, Jewish Institute for Global Awareness.

At the start, I was convinced my conversion therapy was working and my weekly phone calls would be the answer to my desperate need to be straight and a member of the Jewish community. As time went on, it became clear that this was not going to change who I was, and it was heartbreaking. The weight of this burden is too much for anyone to deal with and left me feeling empty, alone and completely helpless. I needed real support, but I was terrified to share my identity with those around me. After spending a year speaking to this therapist on the telephone and being sold by his lies, I thought meeting another conversion therapist in person in Jerusalem could help. I was sold a narrative about my supposed psychologically impoverished childhood, that I wasn’t loved enough or man enough. I was invited to attend retreats in New York and Israel. These retreats included psychologically damaging activities including stripping naked and staring at a mirror while berating yourself. These activities were sold as methods to heal but achieved the exact opposite. When I asked about the activities that happened on these weekends and similar practices people shared that were happening in therapy sessions, I was often dismissed and told that these were just alternative methods and I shouldn’t worry about it. These are not alternative methods of therapy. These are acts of physical and psychological abuse that are part and parcel of this practice. I was lucky to not be able to afford to attend these retreats, but I was convinced to join a therapy group in the Old City in an attempt to speed up my process of becoming straight.

Each week, I would sneak away from yeshiva to visit this group. The Old City is a place of spiritual pilgrimage for so many people but for me it became a place associated with shame and judgement. This group was filled with other men like me including another yeshiva student from abroad. Some of these men were married with children and hiding their identity from their families. The group leader led role plays where we had to process moments of homosexual attraction. Any sexual thoughts about men were scrutinized and judged and I was subsequently shamed. These thoughts obviously didn’t disappear, but I learnt to police myself and any thoughts in an obsessive manner. The pain became too much for me and I had to leave Israel for a week during my program and be with my family. What should have been an affirming experience at home was filled with shame and depression. Conversion therapy vilified my parents and made it incredibly hard for me to speak to them despite their love for me. It was not until my first year of university, when I saw three Yeshiva University students speak about their experiences as Orthodox Gay Jews, that I had the strength to stop this self-destructive therapy and today I am still grappling with the scars it has left.

Conventional therapy aims to nurture self realisation and acceptance. While conversion therapy purports to do the same, it achieves the exact opposite. I was left feeling emotionless, empty and traumatised. The practice of conversion therapy is abusive and dangerous and has now been banned in a number of states in the USA. Sadly, conversion therapy is still been practiced in Israel and in the UK. The impact of this therapy is still present within me and so many others. After a long journey, I have been able to accept myself in my totality, but others have not been so lucky and have taken their own lives due to fear of rejection and further abuse.

Each year, parents send their children off to Israel on gap-year programs without much awareness of the institutions or society their kids are entering. When rabbis like Rafi Peretz, Shmuel Eliyahu and other hate filled individuals stand up and support conversion therapy, they are endangering lives in Israel and beyond. Rabbis around the world must speak up in support of LGBT+ Jews and let them know that their lives matter, before it’s too late.