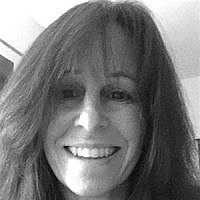 The Blogs
Laura Levin
Apply for a Blog
Advertisement
Please note that the posts on The Blogs are contributed by third parties. The opinions, facts and any media content in them are presented solely by the authors, and neither The Times of Israel nor its partners assume any responsibility for them. Please contact us in case of abuse. In case of abuse,
Report this post.

Immediately I was enveloped in an energy, reverberating in harmony with who I am when I am most at ease. The pitch and volume of my voice, the directness of my gaze, the intensity of my presence. None of it was intrusive; all of it returned in kind. Most of it returned with humor and pleasure, and matching vocal music. I was back, back in Israel after a very long break. I was so lost on the streets, but it never felt that way.

Everyday I saw it, Israel so eternal, yet so seemingly tenuous. A collection of opposites. A collection of the diametrically opposed, as manifested by elements of the everyday lives of Israelis from Tel Aviv to Jerusalem to Hebron; from the progressive to the traditional. Both, reflective of a common core of the attachment to, and intimacy with this strange and magical place. So strong, so battered; brand new and ancient at once, running together, plunging forward. A shiny chrome bumper, with the tatters of antiquity and deep battle scars, flying behind in the wind. Humming, buzzing, brimming with vitality and energy while sitting sometimes on the very precipice of destruction. Unfolding, evolving, and moving forward. Driving forward. I could feel it. This wasn’t just excitement to be in another country. This was different; this was deeply palpable- visceral. And I needed to understand, and to find the source. I was determined.

And then, on Wednesday morning, I found it. I woke up with a very red and very itchy, left eye. I had to go to the doctor. Not relishing the idea of having a problem with any part of my body in a land so far away from the only place I’ve known as home, I became tense and suddenly Israel felt very far away. Suddenly, I longed for what I knew, and envisioned my return to the US.

“Professor”, not “Doctor” Huh? An old man. Highly recommended. His office was in a big, shiny mall which sprung up in the suburbs of Tel Aviv. Just. Like. America. Ah, I was feeling better already. He nodded in silence and pointed to the chair. He examined my eye with none of the sterilization protocol we use in the US; touching my eyelid and my cheek with his bare hand. Now this, this was foreign. He looked in silence, while catastrophic fantasies of one brown-eyed, eyeball, rolling out of my head and onto the floor, played in a loop in my head. Finally, he spoke in his Yiddish accept, “I dun’t see anysing vrong.” By that time my eye was actually feeling better, but this statement gave me huge relief. Drops. In typical fashion, I bargained. “Four days?! Two. Please, two. Two.” His face crinkled into a smile. “Sree” he said, chuckling. “Ok”, I conceded.

We sat at his desk. He leaned his chin on his hand, looked at me and asked, “So vat are you doink here in Israel?” I told him why I was there, to learn and to understand as much as I could about the land of my ancestors. And I went on about what’s happening with BDS on American college campuses; the sophisticated cultivation of anti-Israel sentiment in impressionable minds, based on lies and distortions, and how unjust, dishonest and farcical a method it is for resolution to this conflict. It all came tumbling breathlessly out of my mouth. I drove on, passionately explaining, as if in my own world. Suddenly, I felt his gaze on me. I stopped. I paused and looked up- directly at him. He was smiling. I became quiet. He reached over the desk and took one of my hands in both of his. My hand in his weathered hands. Hands with the same kind of knowledge and history which maintained the chain of ancestry I’d seen only yesterday, in the ruins of Jerusalem. A strong grip. And suddenly I was 3 and 6 and 10 and 17 again, all at once, in the living room on Flatbush avenue in Brooklyn, with my grandpa. The energy slammed me. Not breaking his gaze, “Shalom” he said, and I felt the electricity run up my arm and into my heart, the same way it had when I was one of the pallbearers at my grandpa’s funeral. From generation to generation. It was my turn to work, to care, to love, to defend, and he was full of gratitude. And I realized immediately that I’d found it. There it was, the source, the fuel.

Eye, safely anchored in head, I explored the mall.

Judaism is a religion which is intimately and integrally connected to a land, and that land ain’t Brooklyn. The land of Israel, where our culture, and our ancient sacred sites were born and live to this day, in vital concert with Judaism. Observant Jews are the keepers of tradition and give continuous life to an original identity, which was forged with our cultural birth in the Judean hills. This is not just some place on the globe- this place, rich with relics, our relics, is the continuity of our history, and the well-spring of our identity. And this is precisely why Zionism is undeniably, intimately and inextricably tied to Judaism- a deep reverence for the land where we were born; a land we both shaped and are continuously shaped by. Remember that the next time you hear, “I don’t have a problem with Jews, I only hate Zionists”- for what that truly means, is that we’re “okay” with some people, if we just surrender our unbroken connection to this land, and either pack our bags, re-live the exile which encroaches on our identity and suffer a continuous longing for home, or, if we let the mindset of conquerors and a risible “educational, scientific, cultural” government organization, continue to drive a wedge between us and the soil, and the mountains, and the stones, and the wind and the trees and the sky, from where we come. Painful injustice at its finest.

I rode the escalator down, past shiny, modern shops, while contrasting visions of Jerusalem stone in the strong sunlight played in my head. And though I am not nearly as observant, I am constantly thankful for the life breathed into the customs of my people, by the observant. I, an American Reform Jew, feel deep connection to my people, and to this land. In addition to the contrasts in way of life, and seemingly in values, there is a synergy happening between the progressive and the traditional; between Tel Aviv and Jerusalem. They feed each other and give each other life. Heritage and progress do not have to destroy each other when there is appreciation for both. In the same way that I am the child of exile, I am a Jew; no less a Jew and part of the greater struggle with G-d.

Back to the professor, how many of his family had perished in the gas chambers? Had any been driven from ME nations? Fled pogroms? Survived the gas chambers, got off a boat, and were forced to grab a gun from the makeshift stash we had, and fight for Israel’s very right to just exist? Did they give their lives for our self determination; for our home in a hostile world? In that moment at his desk, we were a team. It was time for my job now, and the ending of his. No. Actually, we were family in that moment and like so many others, while being an eye doctor, or a business owner, or a school teacher or a chef, we would help to keep each other and the generations after us, healthy and alive. I had a course of eye drops ahead of me, and I felt at home again. Israel, my home as a Jew- at least as much so, as for the generations of Arabs who also feel deeply connected to this land. The source of our fuel, our connectedness, is not outside. I found it in the people. And I found the fuel in myself, realizing that I am no less a part of this brilliant and blind, clear headed and distorted, loving and combative, mournful and hilarious, Mizrachi and Ashkenazi, religious and secular, traditional and modern people. And my desire to be a part of it all was renewed, for despite my upcoming journey back to the US, this flawed paradise is no less my responsibility.

About the Author
Laura Ellen is a Jewish American psychologist, who received her doctorate from Yeshiva University in 1996. She works in private practice in South Florida as a clinical psychologist. Her specialties include Cognitive Behavioral Therapy for anxiety and depression, Collaborative Problem Solving with adolescents, family therapy, and school consultation.
Related Topics
Related Posts
Comments