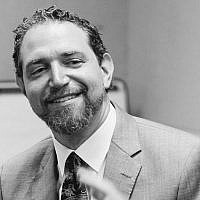 The Blogs
Michael Rothbaum
Apply for a Blog
Please note that the posts on The Blogs are contributed by third parties. The opinions, facts and any media content in them are presented solely by the authors, and neither The Times of Israel nor its partners assume any responsibility for them. Please contact us in case of abuse. In case of abuse,
Report this post.

JTA — When do you call the rabbi?

Sometimes to complain. (We’re Jews, after all.) But usually, a life-cycle event has taken place. A birth, thank God. An impending wedding. An illness. Too often in the last year, a death.

Over the past 13 months, tragedy has demanded that rabbis step forward to provide a steady shoulder, open ears and a guiding hand. It’s been deeply painful, but it’s been a privilege. The calamity of COVID represents a challenge that rabbis are seen as uniquely equipped to help confront. Even more so than in normal times, we’ve walked with our communities in the pain that accompanies untimely death.

For me, this raises a question: If rabbis are qualified to attend to those suffering pain, loss or grief, are we not also qualified to address the brokenness in our land that results in pain, in loss, in grief?

For some Jews, the answer is an unequivocal no. Even Jews who call upon rabbis in times of crisis sometimes share open contempt for those of us who teach the Torah of public policy, social justice and – that dirtiest of words – “politics.”

What business, they ask, does a rabbi have talking about such things?

The second of the two portions we read this week is Kedoshim, in which God makes the simple but urgent demand “k’doshim t’hiyu ki kadosh Ani” — “Be holy, because I am holy.” God’s holiness is not for God alone, unattainable to the lowly mortal. Rather, human beings can embody that holiness, becoming personifications of the Divine.

While some traditions allow for this possibility, they ask the ostensible holy person to be cloistered or physically apart from their kin. It wouldn’t be surprising if the Torah followed suit; after all, in some contexts the word “kadosh” means “apart” or “separate.” But the holiness of Kedoshim is not reserved for the ritual functionaries, the priests. Instead, God commands Moses to speak to “kol-eidat,” the entire community, regarding what is holy.

The insistence that every one of us participate in holiness-making is an essential element of Jewish theology. How we perform this holiness is the subject of Kedoshim. Yes, there are instructions for ritual holiness: offer sacrifices to God, not idols; make sure they are consumed and not left to rot; keep Shabbos. But the bulk of the teachings involve how we construct society and interact with each other in that society.

Many of the instructions involve imbalances of power. Kedoshim enumerates laws regarding relatively weaker groups: the elderly, consumers, immigrants, workers.

Those who have accrued power through land ownership, for example, must leave some of their produce for those who are poor and landless. Those who have the power to hire and fire employees are warned not to oppress their workers. For those empowered as judges, stealing, lying and false denials are forbidden, as is the “avel b’mishpat,” the “violent injustice” of discrimination.

Even those who have power by reason of what they know are bound to certain standards. If one possesses information about a certain person, the Torah instructs them not to be a “rachil,” a “peddler” walking about spreading this information. Conversely, if the information may prevent danger to others, the individual possessing such knowledge can no longer stand around while their neighbor’s blood is shed.

Which brings us again to the matter of death. When there is a death, you call the rabbi. But with so much needless death in this country, I can’t help but wonder: Why didn’t you call sooner?

How many American deaths would’ve been entirely preventable had we only observed the teachings of Kedoshim? Like the deaths of our unhoused neighbors who perish under overpasses, while those with wealth continue to accrue more of it, fighting taxes that ask them to leave even the tiniest corners of their fields?

Or the deaths of undocumented immigrants, afraid to seek life-saving health care lest ICE agents nab them in the bright light of the emergency room?

Or the deaths of workers who collapse from unsafe working conditions, exposed to COVID in unventilated overcrowded workplaces — or simply overworked — left vulnerable by a political system that values corporate campaign contributions over human life and dignity?

Or the deaths of those like George Floyd and Daunte Wright and Breonna Taylor and countless more — a shameful yahrzeit list of the victims of a criminal justice system built upon nothing if not avel b’mishpat, the violent injustice of a racial caste system?

None of this is news. None of this information is unavailable to us. Are we not accomplices, standing in silence while our neighbor’s blood is shed?

Does Torah really have nothing to teach us regarding these all-too-common American atrocities? If so, what then is this tradition of ours? A faded scrapbook of pleasant memories? A vague sense of connection to a beloved grandparent?

And what of rabbis? Are we just spiritual sanitation workers, called in to sweep up in the aftermath of a disordered society that prizes profits over God’s crowning creation, the human being?

In Torah, the opposite of holiness is not secularity. There is no “secular” in Torah.

The opposite of holiness is idolatry. It is wickedness.

Rabbis stand by your side, uphold you while you peer into the depths of the grave.

We’re humbled and honored to do so. But it’s time we stood together outside the gates of the cemetery, learning the Torah of holy society, building holy economy, partnering in the cultivation of holy justice, the cornerstone of holy civilization.

Text Messages is a column, produced with The Jewish Week, sharing wisdom from the weekly Torah portion.

About the Author
Rabbi Michael Rothbaum is spiritual leader of Congregation Beth Elohim in Acton, Massachusetts. He serves on the advisory boards of the Jewish Alliance of Law and Social Action and the New England Jewish Labor Committee, and is a member of T’ruah: The Rabbinic Call for Human Rights. He lives in Acton with his husband, Yiddish singer Anthony Russell.
Related Topics
Related Posts
Comments 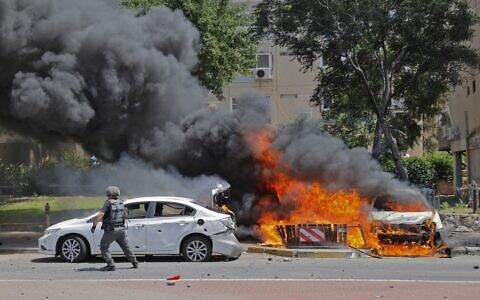 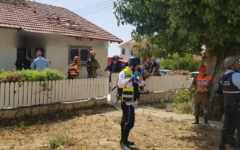 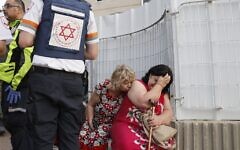 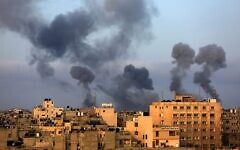 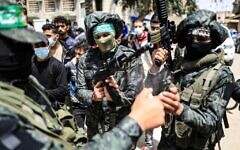 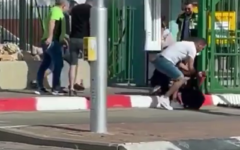