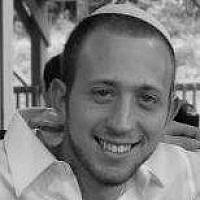 The Blogs
Akiva Buckman
Apply for a Blog
Advertisement
Please note that the posts on The Blogs are contributed by third parties. The opinions, facts and any media content in them are presented solely by the authors, and neither The Times of Israel nor its partners assume any responsibility for them. Please contact us in case of abuse. In case of abuse,
Report this post.

It was a question I’d been asking myself often. I read Hannah Dreyfus’s article “Aliyah: A Sacrifice Too Big,” and it got my thoughts stirring. But when I came across Aryeh Younger’s response, “I’m Proud to Be an American,” my mind immediately underwent philosophical theses overload. I am an Orthodox American oleh chadash and a current soldier of the IDF, and there are points, of both opposition and support, on my mind and on the minds of my colleagues both in Israel and America that must be stated in response to Younger’s assertions.

Let’s start with and quickly brush aside a subject that doesn’t interest me much: A key point of contention between Dreyfus and Younger is the frank statistics of whose reason for refraining from Aliyah is more popular among American Orthodox Jews. I agree that Younger could very well be spot-on in his assertion that his reason (of American idealism and pride) is the more popular one, and a simple poll would resolve the debate altogether.

But I must diverge from Younger’s broader implication, and boldly proclaim: the ideal of refraining from making Aliyah due to “American pride and idealism” can NOT be considered consistent with Jewish Orthodox beliefs.

Oh what a complex and ambiguous term. There are a million and a third characteristics that could be attributed to Jewish Orthodoxy- praying thrice a day, believing in the oneness of G-d, eating chulent at 10 AM Shabbat morning (for the love of G-d I hope readers realize that’s a joke). But for this topic, namely the topic of ideals, we have to define Jewish Orthodoxy in terms of, well, ideals.

Jewish Orthodoxy dictates that one’s ideals are formed by, OR at least not contradictory to, Torah ideals. The reason that I am NOT a hot-headed right-winger is because I believe that other ideals and lessons that are NOT taught explicitly in the Torah ARE welcome into Jewish Orthodoxy, with two simple-as-can-be caveats. Firstly, as long as they do not contradict any undisputed idea in the Torah. To explain the second caveat, I’m going to call an ideal that is not motivated by the Torah a “Novel Ideal.” If a person holds by a “Novel Ideal” that doesn’t directly contradict a “Torah Ideal,” but there is a practical difference (nafka mina for those shteigers) of what course of action this person would take depending on which ideal s/he follows, s/he must at least BELIEVE that the correct path is to follow the “Torah Ideal.”

Enough theoretics, let’s apply the principals to our discussion: The scenario of an Orthodox Jew who forgoes making Aliyah, which is undisputedly a “Torah Ideal” (it’s just a dispute to what extent in comparison to other TORAH ideals), due to loyalty to American “pride and idealism,” which is undisputedly a “novel ideal” (so far I haven’t seen the mitzvah of living in America in the Torah), is a blatant scenario of inherently discordant ideals.

Should every American Jew necessarily make Aliyah? No.

Is it right for someone to BEGIN to judge an American who doesn’t make Aliyah? No to the utmost degree.

Does an Orthodox Jew who doesn’t make Aliyah due to ideals need a reason that is founded on Torah ideals? Yes.

And does an Orthodox Jew who doesn’t make Aliyah have to see his/her decision as a tragedy, a loss, a component of his/her life that is unfortunately being left empty? Yes to the utmost degree.

Next factor: America to an Orthodox Jew.

I, Akiva Buckman, am proud to be American.

And I’m not talking about Snapple, non-double-priced musical equipment, and less-than-$1 Slurpess. I mean I’m proud of that too, I’m just not referring to that at the moment. I’m proud of my “Homeland Number Two” for its ideals. I appreciate that America is one of the few (perhaps only?) countries to ever be founded on ideals of liberty and freedom. I am proud of America’s aid not just to Israel but to countries that need it worldwide. I am proud of America’s headstrong progress in shaping democracy as we know it. And even more personally, in some instances I am proud of aspects of America’s culture, even as opposed to Israel’s! I miss the days when I wouldn’t hear an ego-driven squabble break out on 50% of my bus rides. I still cringe at the phenomenon of buying a bag of Shtuchim pretzels and only eating three of them myself (for those non-olim: the rest I am often intrudingly “encouraged” to “share” with everyone else who sees me open the bag, friends and strangers alike). I am proud of the liberal thinking in which I was immersed throughout my upbringing. I am very proud of American attributes, both physical and ideological.

But I face a conflict.

Because I know that through the glasses of an Orthodox Jew, the fact that the Jews are in exile must be seen as nothing less than a tragedy. The Jewish nation, in the perspective of the Torah, is, has been, and always will be meant to reside in Israel. The exile from Israel was heart-wrenchingly imposed on us by G-d as a punishment. As a result, when a Jew is a citizen of a country in the exile, his/her attachment to that country is qualitatively superficial in comparison to his/her connection to Israel.

And I’m sorry to break this flabbergasting news to some readers, but I must speak the truth: America is exile. It must be viewed as exile to every Orthodox Jew. And on a grand scale, the fact that Jews are in America is a G-d-ordained tragedy. Failure to realize this distressing truth is failure to harmonize with Orthodox values.

When we pray in every weekday Amida for G-d to “raise the banner to gather our exiles and gather us together from the four corners of the earth to our land,” and when we pray on Shabbat, “May it be Your will… that You bring us up in gladness to our land and plant us within our boundaries,” and when we exclaim at the height of every Yom Kippur, often in tears, “l’shana haba’ah b’yerushalayim,” “next year in Jerusalem,” we are not praying metaphorically. Bringing the Jewish nation out of exile, out of America, is an unequivocal and undeniable central ideal to Orthodox Judaism.

What emerges from the clash of the two sides of this conflict is that America is a fantastic “Plan B.” A phenomenal, perhaps the best, alternative, “bdi’eved” to Israel. I am incredibly proud to have grown up in America and to have learned from its ideals and all it has to offer, but as an Orthodox Jew I must see it as a result of a tragedy nonetheless. Every time I exclaim that I am proud to be American, I must remember that I am proud of a tragedy.

And finally, the Orthodox View of Israel.

In his article, Younger writes, “I support Israel first and foremost because it is a democracy in a region that rejects it.”

I also support Israel because it is a democracy in a region that rejects it. The problem with his statement is the “first and foremost.” As I discussed before, when faced with both a “Novel Ideal” and a “Torah Ideal,” an Orthodox Jew must see the “Torah Ideal” as central, and the “Novel Ideal” as peripheral. Supporting Israel primarily for its democracy and subordinately for its being our homeland is demoting a “Torah Ideal” below a “Novel Ideal,” which represents a direct incongruity with Orthodox belief.

I am proud to be American for the most substantial of reasons. But I am even more proud to have made myself Israeli. I was driven to make Aliyah by the Orthodox ideals that unequivocally state that as much reason as there is to be proud of being American, that is not an ideal that trumps the ideal of moving to Israel.

About the Author
Akiva Buckman is completing his army service in Shiur Daled in Yeshivat Hakotel of Jerusalem. Born and raised in Teaneck, NJ, he made Aliyah and served in the IDF in the Kfir brigade. He is active in various Jewish educational programs, including Camp Moshava Indian Orchard, Bnei Akiva Mach Hach Ba'Aretz, and Etz Chaim High School in Moscow, Russia. He is currently a counselor in Yeshivat Hakotel.
Related Topics
Related Posts
Comments