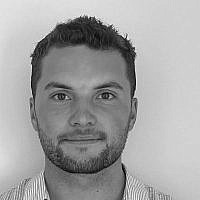 The Blogs
Kyle Hogeboom
A politics graduate and constitutional law student
Apply for a Blog
Please note that the posts on The Blogs are contributed by third parties. The opinions, facts and any media content in them are presented solely by the authors, and neither The Times of Israel nor its partners assume any responsibility for them. Please contact us in case of abuse. In case of abuse,
Report this post. 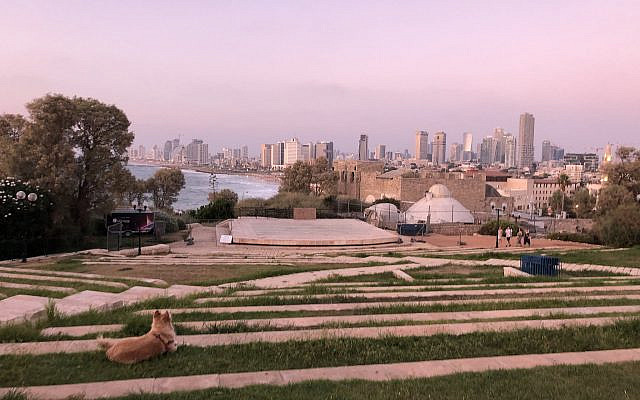 Overlooking Tel Aviv during a sunset

Recently, the ‘Faculty of Color for an Anti-Racist NYU’ released a statement signed by hundreds of faculty members and students committing to a policy of non-cooperation with NYU’s study abroad site in Tel Aviv, Israel. After last month’s renewed conflict between Israel and Palestine, specifically Gaza, the signatories pledged non-cooperation with NYU Tel Aviv until “the Israeli state ceases its military campaign and takes action to end discriminatory policies that limit Palestinian students’ access to education.”

In other words, in the name of preserving academic freedom and ensuring open discussion about the Israeli-Palestinian conflict, the group chose to withdraw from open discussion and hold an American study abroad site accountable for the actions of a foreign government. I agree with the signatories that dialogue is imperative to mitigating and ultimately ending the conflict between Israel and Palestine and that universities must ensure education remains a universal opportunity for the peoples of all nations. But the course of action that they, and others in the past, have taken is not the right way. How do I know this? Because I studied at NYU Tel Aviv.

I am neither Jewish nor Muslim, Israeli nor Arab. I am an outsider to the conflict, an external observer that was neither born nor bred into the dueling ideologies which fuel the nationalistic violence and religious strife in Israel-Palestine. I was born in America and raised as a secular Christian, the faith that connects Moses and Mohammed. So as a person of faith and a Politics major, I was naturally interested in going to the Holy Land to study the political conflict there.

I arrived impartial, without favor for either side, and for four months, the NYU Tel Aviv faculty exposed me to every atom of the history, politics, geography, people, and culture of both Israel and Palestine. While there, my classmates and I had fierce and fruitful discussions (often debates, sometimes arguments, always constructive) about religious fundamentalism, colonialism, humanitarianism, terrorism, and other important issues.

One professor, an archaeologist and humanitarian, exposed us to the harsh reality of child-immigrant deportations in Israel while also teaching us the old history of the Holy Land. Another, a political scientist, built his classroom as an intellectually experimental place where our assumptions, beliefs and ideas were constantly challenged. There was even a course on the Israel-Palestinian conflict co-taught by an Israeli and a Palestinian. These conversations and experiences only happened because NYU had the courageous wisdom to create an outpost of education in a land of war so that its students could learn the ways of peace.

How better can we learn about the Israeli-Palestinian conflict if not by visiting an illegal Israeli settlement in the West Bank and speaking with its religious-fundamentalist leader? Or by going to a Palestinian town to speak with an Arab community leader? The faculty at NYU Tel Aviv did this and so much more for us. Those conversations were the bedrock of my educational experience, and now many at NYU seek to prevent others from having them.

What’s missing from these pledges of non-cooperation is the understanding that NYU Tel Aviv is nothing more than its faculty; a diverse group of nationalities, faiths, ideologies, cultural identities, and life experiences that cannot be reduced to some heartless abstraction like ‘NYU Tel Aviv’ to judge and exile from our community. Now that they are being subjected to non-cooperation from their fellow members, and are therefore suffering from a less wholesome and interactive educational community, I cannot remain quiet.

Study abroad sites should not be liable for the actions of their host country’s government. Consider this: if it is because of Israeli injustice that the signatories are abandoning NYU Tel Aviv, then what of NYU Abu Dhabi and the UAE’s oppression? If for Israeli racial discrimination, then what of NYU Shanghai and China’s genocide? Here is the logical error in singularly punishing NYU Tel Aviv for the actions of Israel. Morality applied selectively is hypocritical. In this case, almost prejudicial.

There is also a paradox: withdrawing from dialogue in the name of preserving open dialogue. Nothing good has ever come from ignoring others and refusing to speak. Is not discussion the best – indeed the only – tool that academics and educators can wield in times of conflict? If even the philosophers cannot speak to each other, there can be no hope for the politicians.

The poet has often lamented throughout history that, if only we had the courage to sit down and speak with each other, then oceans of blood would not be spilled and innocent lives would not be lost. I ask those choosing non-cooperation with NYU Tel Aviv to pause, open their hearts to its faculty and alumni, and have a conversation with them.

It’s the only way this war will end.

About the Author
Kyle is a recent graduate of NYU where he studied biblical archaeology and the grand strategy of space warfare. He is now studying Constitutional Law at Rutgers Law School in his home state of New Jersey and plans to one day serve in the United States government.
Related Topics
Related Posts
Comments
Advertisement