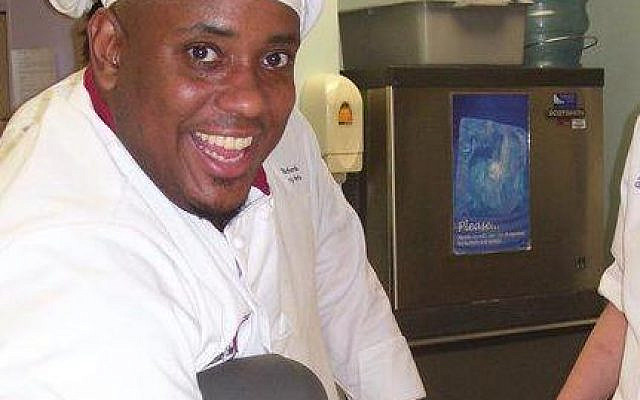 And Chef Mike was born to go to Jewish sleepaway camp.

One summer, Chef Mike arrived out of nowhere, with two reluctant students in tow from a culinary program at one of Baltimore’s toughest high schools.

A drop of black in a sea of white. A drop of soul in a group of people that truly could not clap on beat if they tried.

He was in the pool, with dozens of little campers hanging off of him.

He was running a culinary course, teaching Israeli cooking with our visiting shlichim. 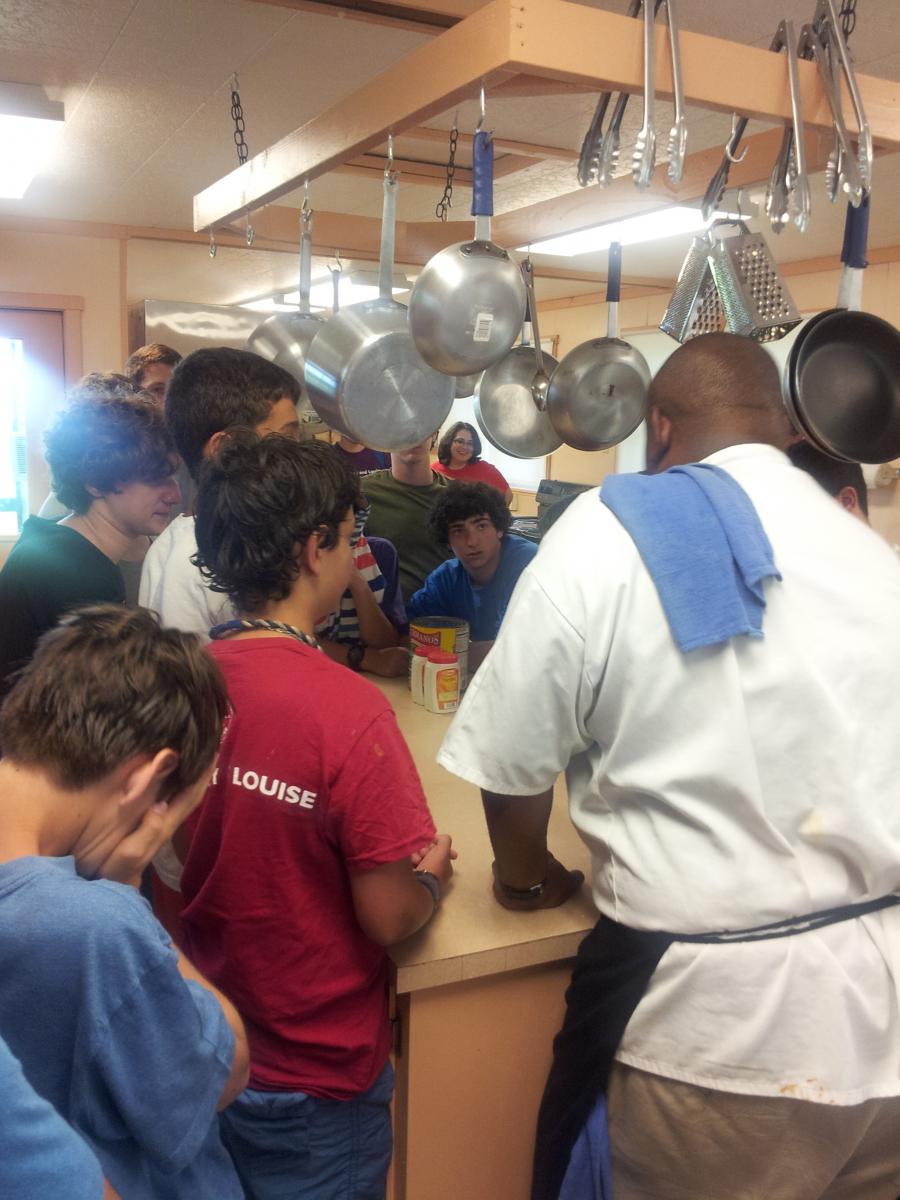 He was on the basketball court, even though he wasn’t very good.

He was in Color Wars, running around, dripping sweat, hollering at the top of his lungs.

You could hear his laugh from across the camp.

That summer, someone dedicated a new Torah to camp.

We had a ceremony welcoming it in.

We unwrapped the Torah, stretching it all the way out, using it to encircle the entire camp population – a visual representation of the community and history that binds us.

Chef Mike was in that circle, where he belonged.

Chef Mike stood up and talked about how he instantly felt part of our community, how even though he wasn’t Jewish, he felt a strong connection between his history and faith as a black Baptist and our story as Jews – the struggles, the community, the love, the meaning. We were all deeply touched. 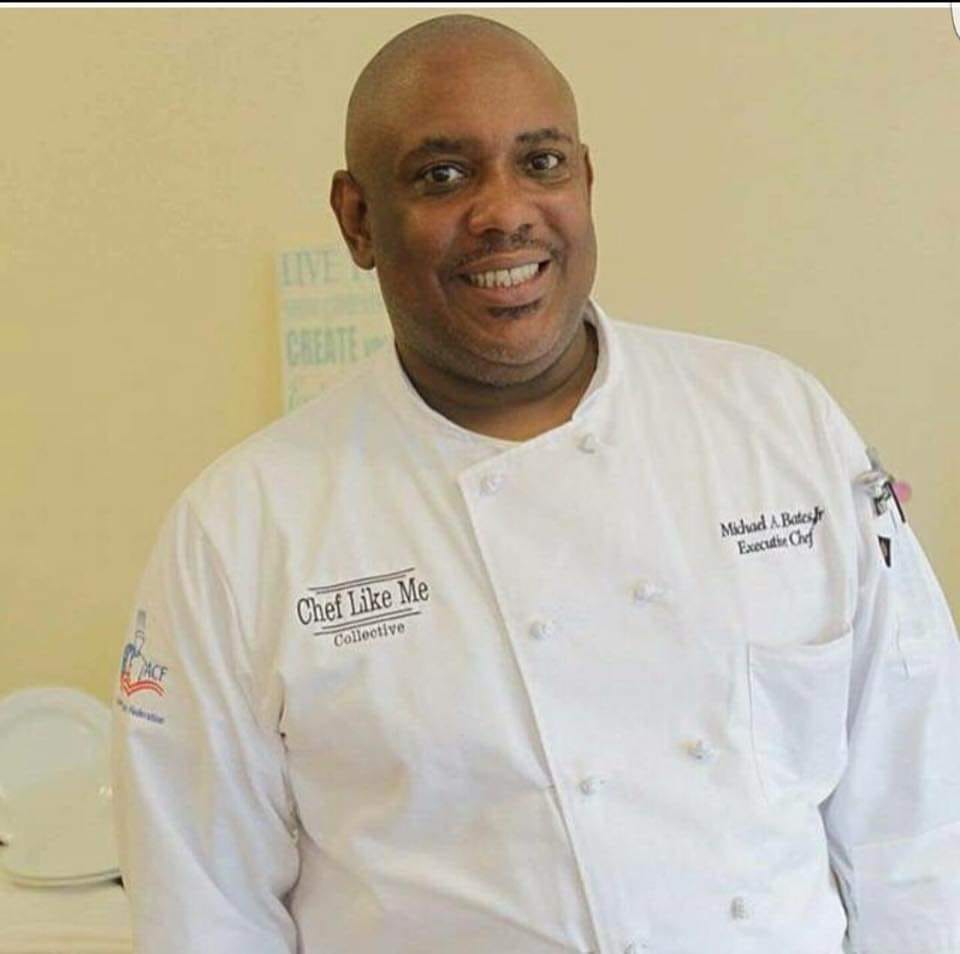 Until Chef Mike was killed in an armed robbery in inner city Baltimore.

I went to his funeral at the City Church of Baltimore.

I always thought Jews do mourning the best, but we have some things to learn from Black Baptists.

The music and singing and preaching wrenched out my emotions and turned them up to 11. Some emotions I expected to feel at a funeral – sadness, longing, regret. And others I didn’t – hope, passion, dignity, love, optimism.

The preacher asked: “how can we convince other people that Black Lives Matter if we don’t believe it ourselves?”

The preacher said: “in the autopsy they discovered that Chef Mike’s cancer had returned – his death may have been a better option given by G-d.”

Chef Mike’s memory is a blessing.

Those two reluctant, inner-city students he dragged with him that first summer still work at camp, opening new generations to connections between Blacks and Jews from different walks of life.

One camper took Chef Mike’s spirit and ran. He forged a connection between the choir at his Jewish Day School in Baltimore and the choir at a predominantly black school. The two choirs recently performed together on The View, on Martin Luther King Jr. Day

When I first saw their story I looked up to the sky with a smile on my face and tears in my eyes. I know Chef Mike was smiling back.

I am posting this article on Chef Mike’s birthday, which this year falls on Israel’s memorial day – Yom Hazikaron. Chef Mike deserves to be memorialized as someone who made a significant contribution to the Jewish people, and as someone I consider to be a part of our community.

May his memory be forever a blessing.